Analysis: Why the Chinese Grand Prix is here to stay

Whereas a number of Asian F1 races have recently fallen off the map, the Chinese Grand Prix has carried on and looks set for a long future within the sport, writes Frankie Mao.

Formula 1 can be an impatient beast when it comes to sticking with venues that do not deliver from the off.

The sport’s history is littered with events like Turkey, South Korea and India that arrived on the calendar with much fanfare, but quickly fell by the wayside as the expenses ramped up and the fan attendance did not follow.

There was a time too when China’s future was not guaranteed: with grandstands not packed, general interest in F1 not pushing on up and there not appearing to be a huge sponsor influx in to the sport.

But time has alleviated much of that concern and having now become a well-established venue, the Chinese Grand Prix appears to be here to stay on the F1 calendar.

As Lan Jiang, the CEO of Shanghai Juss Event Management Co., Ltd. that promotes the grand prix, said: “We have overcome the difficulties we once faced in terms other commercial situation.

"The Chinese Grand Prix has become one of the most important races on F1 calendar. It is not only sustainable, but it is benefitting society – and from where we are now, there is no reason whey we should not continue [beyond 2018].” 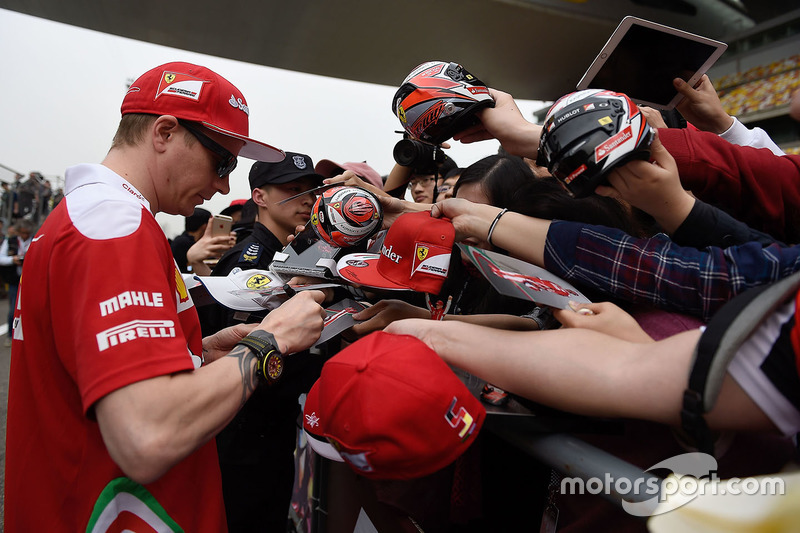 Although the removal of old grandstands last year for safety reasons was viewed by some as a way of hiding lack of ticket sales, a three-day official figure of 140,000 circuit visitors was nothing to be ashamed of.

Indeed, another 20,000 people were said to have turned up at the track simply to walk around the outside and listen to the cars from afar, rather than pay to go inside and watch.

True, it is a world away from when F1 first visited Shanghai in 2004. Then the whole Shanghai city turned out knowing only two things about the sport: Michael Schumacher and Ferrari.

But the fans soon caught on and took drivers like Kimi Raikkonen, Fernando Alonso, Jenson Button, and Felipe Massa to heart – before they learned about then new boys Lewis Hamilton and Sebastian Vettel.

Most Chinese fans worship the F1 drivers more than cars, technologies or the sport itself due to cultural reasons: and the one man who stood out above them all: Raikkonen.

It was no coincidence that when the Finn switched to WRC in 2010 and 2011, Chinese GP attendances fell despite Schumacher having then made a brief return for Mercedes.

There is nothing wrong in fans admiring athletes more than the sport: otherwise Michael Jordan, David Beckham, and Roger Federer would never have become bigger than the sports they played in.

As Vettel said: “I would say [Chinese fans are] best fans in the world, great to see full grandstands.

“I think it's a massive honour to stand on the pit straight or the main straight when we're about to start the race, looking left and seeing so many people being excited, so many German flags for myself, for Nico, for the other German drivers and generally the enthusiasm is great. “

“It's fantastic to see that people enjoy what we are doing so much. It makes us feel very very special.” 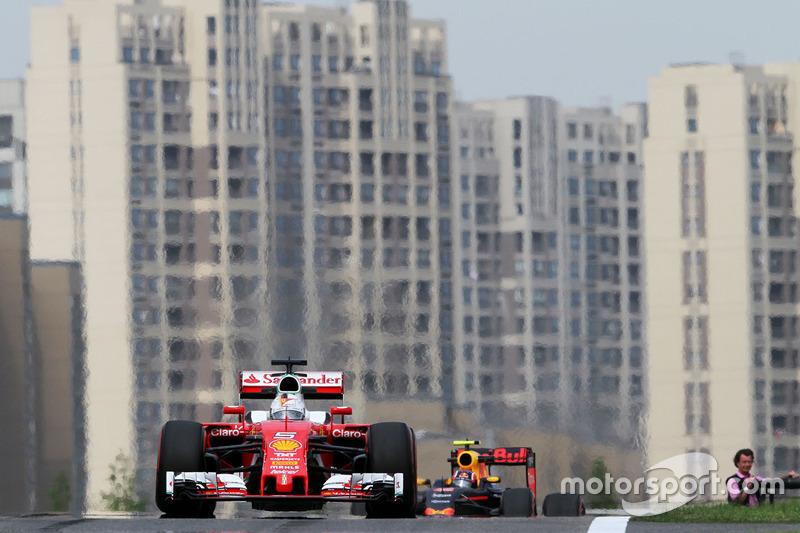 It is not a secret that in China, motorsport is still young; with the culture and knowledge being completely different to how it is in Europe.

F1 also experienced a very different China when it first visited Shanghai 13 years ago. Back then where the circuit is, in Jiading, north-western part of Shanghai, was 40 kilometres away from downtown seemingly in the middle of nowhere.

Things have changed though, and unlike the Korean and Indian races that struggled for investment in the regions near their tracks, Jiading has been transformed.

It has benefited from F1’s annual visit to Shanghai being rapidly developing in recent years, especially in terms of real estate, even if some local developers have tried to be a bit cheeky with exploiting the grand prix scene.

One story told to Motorsport.com was that F1 chiefs were concerned a nearby real estate venture had a huge banner on their building advertising their venue – which the TV camera was picking up every time a car came out of the last corner.

As nothing could be done to get the banner removed, the only solution to avoid giving away free advertising was to change the position of the camera. 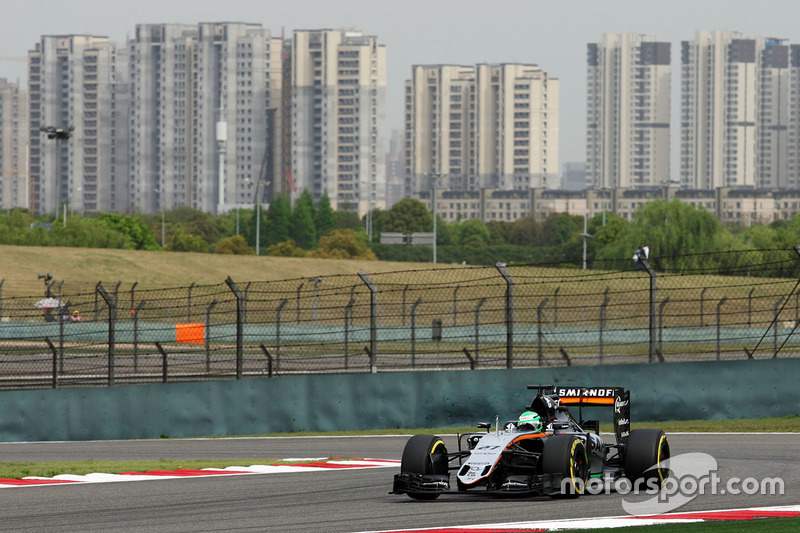 Today, a lot more buildings have emerged around the 5.4km circuit and you could easily see them at nearly every part of the track.

Local media still criticise the venue though, saying it has failed to attract enough sponsors and that F1 is losing its commercial value.

But Jiading, as well as Anting town, which is one of the closest to Shanghai International Circuit, built the largest advertisement at Turn 13 using the entire stands.

Apart from real estate, Jiading has been undertaking a big industrial transformation, moving into the area of high-advanced technologies, including electric vehicles and smart cars.

Motorsport.com has learned another extension plan of ASIAC is under discussion, which would probably establish a much closer link between the manufacturing and the only F1-standard circuit in China. 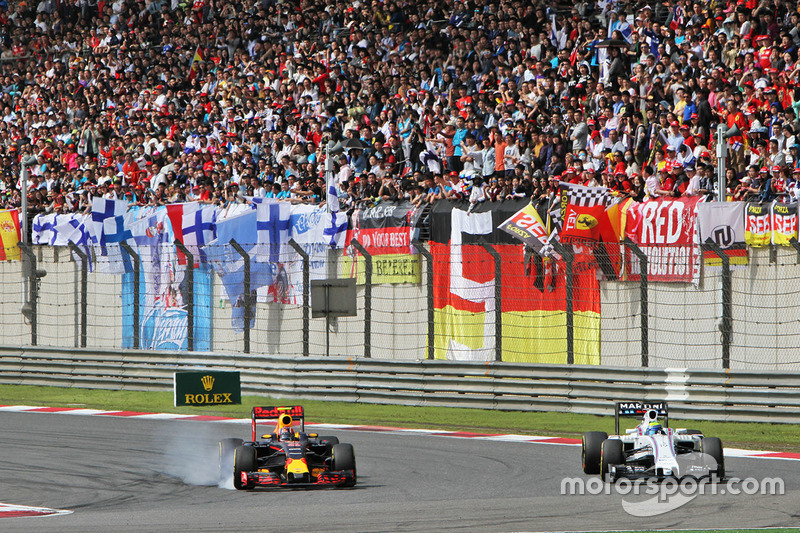 The races in the past three years have seen a steady increase in the crowd to watching the three-day event. An improved public transportation system, and Metro Line 11 in particular, has made the circuit more easily accessible.

Back to 13 years ago, the only way to reach the circuit was driving your own car or taking a shuttle bus organised by the race promoter. Nowadays, the metro connects the city centre and the suburb.

Lessons from the race are being used too in figuring out how best to shuttle people to the new Shanghai Disney Park, which opens in June at the other end of Line 11.

TV audiences, meanwhile, have not been helped by national broadcaster CCTV not showing the race, leaving it up to regional channels such as Shanghai Television and Guangdong Television to either broadcast live or show highlights.

But the internet could provide a solid future, with LeSports, the sport channel of LeTV.com, broadcasting all sessions since July 2014 on the web. It's in its infancy, but it got 1.5 million viewers this year over the four days, and there seems scope to improve.

The Chinese lunar calendar stretches over a 12-year cycle, which means last weekend’s race was the start of a second cycle.

All the indications are that, despite the current contract running out next year, there is plenty of scope for the event's next era to be more successful than its first. 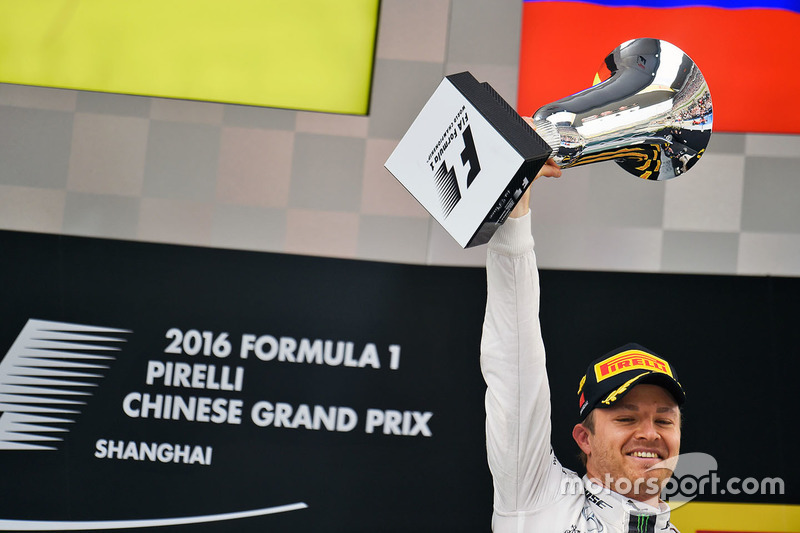