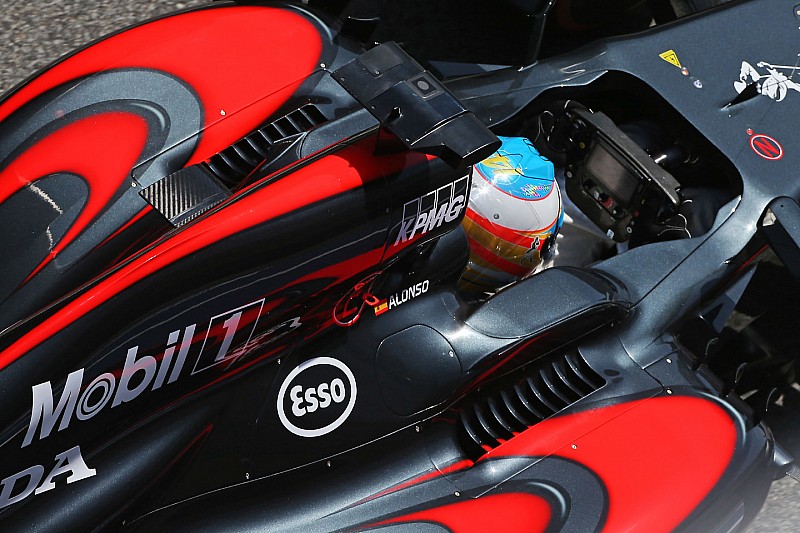 Formula 1's engine manufacturers have opted for significantly different design concepts for their 2016 power units. But which approach will pay off? Jonathan Noble looks at the differences.

The importance of engine performance in Formula 1 has been clear even since the new turbo regulations came into force.

So it is little wonder that, ahead of the third year of the hybrid rules, the battleground between the manufacturers is as intense as it has ever been.

What is perhaps more surprising, though, is that there remain some fundamental concept design differences between how Mercedes, Ferrari, Renault and Honda have approached maximising the power available from 100kg of fuel at a maximum flow rate of 100kg per hour.

Then there is the Honda approach, with the Japanese manufacturer having also split it turbo but having decided to position both parts within the V-bank for space reasons.

In the middle ground so far have sat Ferrari and Renault, neither of whom have elected to go down either extreme solution just yet.

However, there are suggestions that Ferrari is set to introduce a double intercooler system this year – one in the chassis (like Mercedes) and the second at the left side of the engine behind the radiators.

Judging by performance, it is clear that advantages of the Mercedes concept are worth pursuing, while Honda paid the price last year for its compressor being too small.

But, with Honda adamant that a larger turbine and compressor – still within the V-bank to achieve 'size zero' – can be turned in to a Mercedes-beater, there are some fascinating times ahead.

But is Honda right, or is Mercedes correct that its own philosophy – which it thinks will require ever bigger turbines in the future to maximise power output – the best way to keep winning in F1?

Last week, Mercedes invited a select group of media to a briefing from its engine chief Andy Cowell, where he opened up about some of the design innovations of its power unit.

And although the split turbo and compressor was not the only reason Mercedes has been successful, Cowell acknowledged that the design had played an important part in its delivering the benchmark power unit.

"I don't think it was over-played," he said. "Is it the silver bullet? I think it is something where there are lots of positive contributors that go into it to make that comment.

"It is not done for one reason. There were many reasons that go together; to make it something that we think is still attractive.

"I think the thing that goes against it, is it is bloody hard! In the whole debate, there wasn't one big reason why we should do it, but there were lots of medium sized reasons why we should do it: on the contra side of the table – it was, 'bloody hell how are we going to do this?' Which is the 1000 pound gorilla in the room.

"There was nothing that said it couldn't be done, it just hadn't been done. But it makes it quite fun doesn't it?"

It did not take long for Mercedes' secret to get out of the bag in 2014, which prompted many to think that rivals would quickly copy the idea.

That it did not happen is no major surprise to Cowell though, who thinks that there are a multitude of factors that contribute to why each manufacturer has gone down different routes.

And perhaps, most crucially, the sizing of various components can be dictated by just how successful each manufacturer is at extracting energy out of its system.

Speaking about the sizing of the turbo, Cowell said: "You need to think about championship points.

"And how you get championship points is on a Sunday afternoon and not in qualifying. So you need to do analysis – what is the ratio of importance between those things?

"Is it about being on the front of the grid but then struggling for energy on lap two, or is it about making sure that you can run a real solid race? That is something that all manufacturers need to balance out. That can skew the way you size the turbo.

"And then it is down to the level of efficiency you are going to achieve from all the bits in that loop. If you think that the electric machine cannot be that efficient then there is no point having a big turbine that is just going to put the energy in to that machine.

"The lap simulation is based on what is the power than the K adds to the crank. So if you think you have get 100KW from the turbine in to the MGU-H, but you are only going to have 50 by the time you get there, and you look at the weight of all the cooling systems to deal with that wasted 50, then that is going to start impacting your design."

Perhaps most intriguingly is that while some had hoped Mercedes would be hitting a performance ceiling with its engine, it has instead spoken about decent gains still being found.

And, with thermal efficiency currently around 45 percent, it believes there is plenty of scope left for big improvement in getting more out of the 1240 KW of energy that is theoretically available for a full tank of fuel.

To give an indication of how much technology has moved on, when KERS was first tested in 2007, it weighted 107kg and had an efficiency of 39 percent.

During the first tests for the new-for-2014 ERS, the systems weighed 24kg and were 80 percent efficient.

Now, they are bang on 20kg and 95 percent efficient.

Such strides mean that there is more and more energy up for grabs: which means that the turbines and compressors may need to be made bigger to cope with the extra power available.

"That means the turbine sizing number is going to go up as long as it is not stealing from the engine."

In Mercedes' case, Cowell confirmed that its turbine had got bigger year on year – helping deliver more power.

Had that compressor and turbine size been restricted to the inside of the engine, like the Honda is, then the scope for making it larger is not there – as it will no longer deliver the advantages that size zero supposedly brings along.

It is clear that Mercedes' vision of what's needed in F1 and what Honda believes is right are very different.

But the answer to who is right will have to wait until the cars hit the track.

Debate reaction: How F1 fans would reshape the sport