Analysis: Why isn’t F1 in the Olympics?

The eyes of the world are on Rio right now, as the greatest sporting spectacle of them all – the Olympic Games – takes place. So why isn’t motorsport a part of it? Charles Bradley explains.

The last time motor racing played an active role during an Olympic Games was in Paris in 1900 – but then again so did cricket, croquet and ballooning!

The Games were run in conjunction with the World’s Fair, it all took about six months to complete, and there was even a class for electric delivery vans (take that, Formula E).

Since then, rallying has come closest to being a part of this sporting extravaganza – both times in Germany. In 1936, plucky Brit Betty Haig received a gold medal for winning the Olympic Rally, a 2000-mile event that likely embarrassed the ruling Nazi regime of pre-WWII at its finish line in Berlin.

The event was reprised in the 1972 Olympia Rallye, which started at the Olympic sailing regatta site in Kiel and finished, six days later, at the Olympic stadium in Munich – although it’s worth noting that both events ran before the Games themselves began.

And guess who was in the co-driver’s seat of the winning Alpine A110 in ’72? None other than Jean Todt… 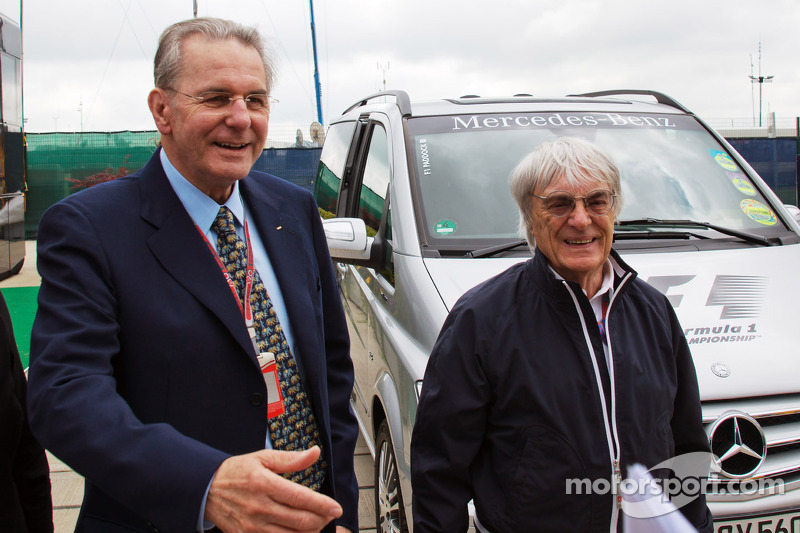 In 2012 the FIA, under Todt’s stewardship, signed up as an International Sporting Federation that’s recognised by the International Olympics Committee. The IOC had, five years previously, removed a clause about sports with mechanical propulsion being “not acceptable”.

Basically, the FIA has taken a seat at the table with a voice that the IOC will lend an ear to. Key to this has been the FIA signing up to the Olympic Charter, as well as its anti-doping standards and, perhaps most importantly, creating a Drivers’ Commission.

I say that because this body is “under obligation to protect our athletes”. Just think about that moral obligation when you next read a story about cockpit safety or track limits/run-off areas. Anyway, I digress…

During a visit to the British Grand Prix in 2012, IOC president Jacques Rogge poured cold water over the idea of F1 becoming part of the Olympics.

“We have the same pursuit of excellence,” said Rogge of F1, raising our hopes. “There's a lot that we can learn from Formula 1. We have many similarities, it's a sport with great competitors who prepare very hard.

“Frankly speaking, the concept we are having is the games are about the competition for the athletes, not for equipment. Therefore, while having a lot of respect, they will not be included into the Olympic programme.”

But to suggest that the current Olympic sports have no outside influences for its competitors is churlish. There are many in which machinery or equipment plays a part – from ultra-aerodynamic track bikes to golf clubs and tennis racquets, to the highest-tech swimsuit designs – not to mention the horses for equestrian events!

So surely we can scratch the ‘it’s just athlete v athlete’ notion? And please don’t give me that “the Olympics isn’t for professionals” – it most certainly is for the best (hopefully drug-free) sportspeople on the planet. End of.

There would be plenty of benefits to being a part of the Olympic family, not least the massive TV audience it brings. But could F1 ever play a bit part in something bigger? I think not.

F1 doesn’t need the Olympics. But motorsport in general would gain a huge reward from it. 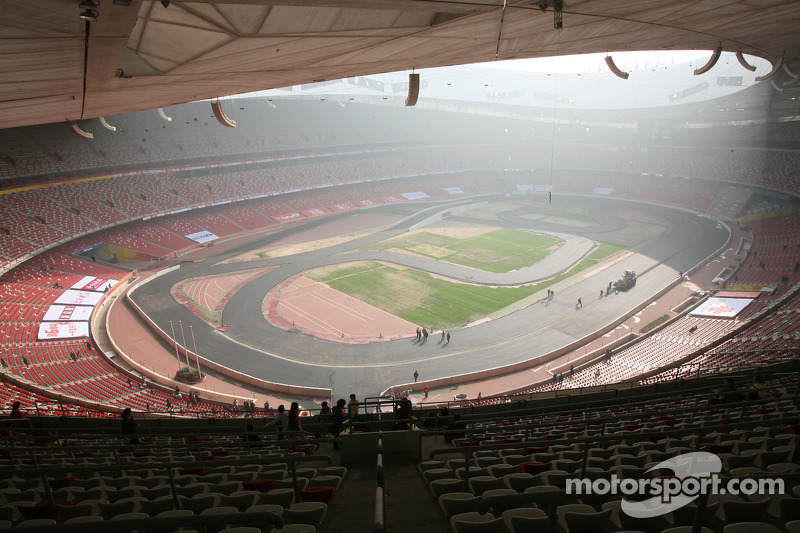 Presentation at The Bird's Nest Stadium

Motorsport’s best bet to become part of the Olympics would be via a single-make category. For a start, the Olympics jumped on the “official car” bandwagon decades ago – so don’t worry about finding an OEM to pay for this.

For example, the Nissan Kicks ‘crossover’ is the official vehicle of the 2016 Olympics, and the manufacturer has supplied over 4000 of them for use in Rio this month. And a casual observer of the bicycle road race might think it was some kind of pursuit event for Nissan Livinas. And the next summer Olympics is in Tokyo in 2020...

The most likely concept would be a Jonathan Palmer-style category akin to his original Formula Palmer Audi series. Identical cars and engines, picked in a lottery with a host of impartial engineers and mechanics to run them. It wouldn’t be F1, but his old FIA F2 cars were pretty rapid with their turbos wound up – and it would all have to be ultra-strictly scrutineered.

The next question is, who should drive them? Surely it would be the best driver each country’s ASN could find? Who’d drive for Team GB, Lewis or Jenson? Would it be Nico or Seb for Germany? In a fantasy world, you could create some really cool scenarios – especially if you put someone like the Race of Champions’ Fredrik Johnsson in charge of sourcing the talent and making it happen.

I used to enjoy the Nations’ Cup events that EFDA used to put on in Formula Opel cars, and of course we had the shortlived ‘World Cup of Motorsport’ of A1 GP.

The concept has been proved, it just needs executing within the framework of the IOC.

I don’t see the venues as being a problem. I’ve witnessed rallycross cars race inside an Olympic Stadium during an X-Games event (surely the hipster stepson of the Olympics?).

Formula E has raced around the Bird’s Nest stadium in Beijing, and V8 Supercars in Sydney – so there’s plenty of street-racing options. And permanent tracks would be well within range: Fuji would be perfect for the next one in Tokyo, although they built the Olympic Village on top of Rio’s classic Jacarepagua circuit – the damn fools!

Finally, Bernie could get his medals… 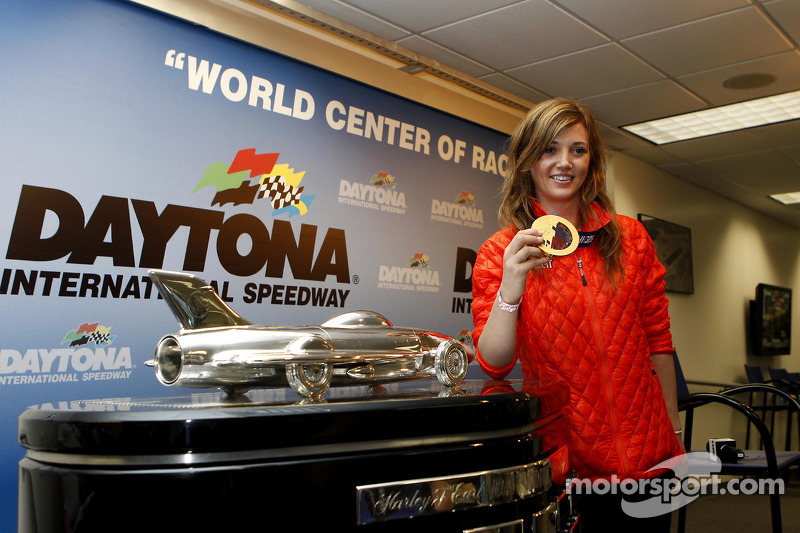 Back in 2008, F1 commercial chief Bernie Ecclestone floated his ideas of a medals system – instead of points – to decide the Formula 1 World Championship.

I recall asking him about it at a press conference in London, after yet another mega-bucks licensing deal in F1…

“If you are in the lead and I’m second, I’m not going to take a chance and risk falling off the road or doing something silly to get two points.

“If I need to do it to win a gold medal, because the most medals win the world championship, I’m going to do that. I will overtake you.”

Never mind a World Championship. How about winning the first-ever official Olympic gold medal for a motor race, how cool would that be?

Talk about a race of the century, which pro driver worth his salt would refuse a shot at winning that? 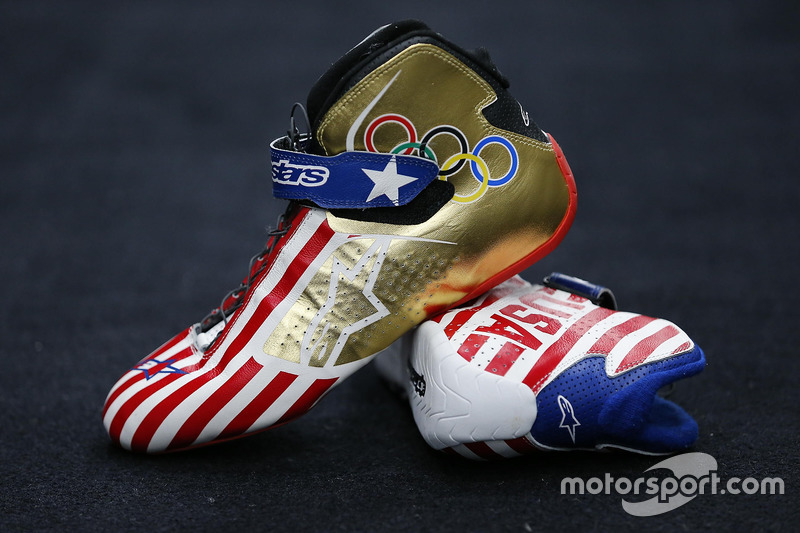 Analysis: climbing the single-seater ladder all the way to Formula 1