The wider, more aggressive look of F1's 2017 cars has won the support of many fans and key figures within the sport, but there remains controversy about shark fins and T-wings.

But why have these areas suddenly become a development battleground again? 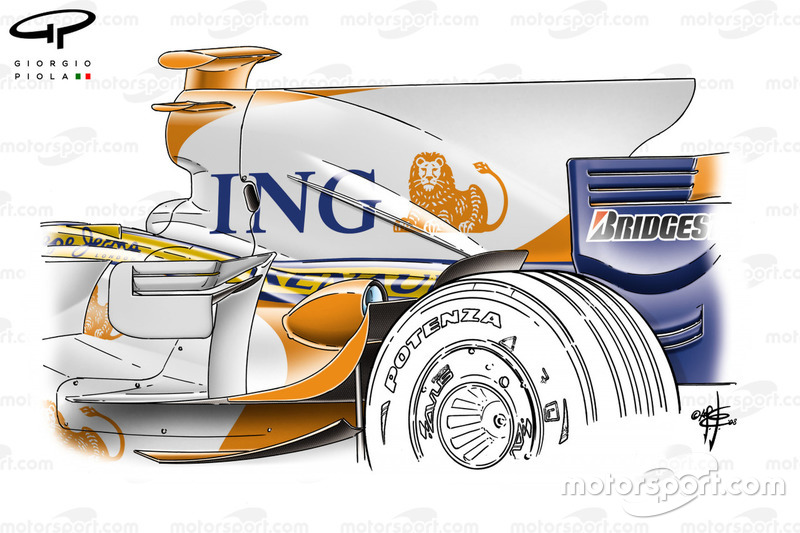 Shark fins are not new. They were part of the designs used by the teams between 2008 and 2010 - and became an integral element of the F-duct.

The shark fin design rose to prominence in 2008 for much the same reason they have in 2017 - which is due to the way they interact with the rear wing, which is now 800mm tall rather than 950mm.

They are helpful on several fronts. One of these is to stabilise the airflow received by the rear wing, which has been made turbulent by the upwash from the front wing and suspension.

This area has become more consequential this year given the increase in the width of the tyres, which are punching a bigger hole in the air.

The turbulent airflow created by the airbox and chassis also corresponds to the height of the rear wing. The shark fin aligns the flow passing down its length, improving its distribution over the rear wing element.

Meanwhile, the effect of the shark fin in channeling air is of particular interest to the teams while cornering (in yaw), as it can help stabilise the car and use the side force being generated to improve downforce and reduce drag. 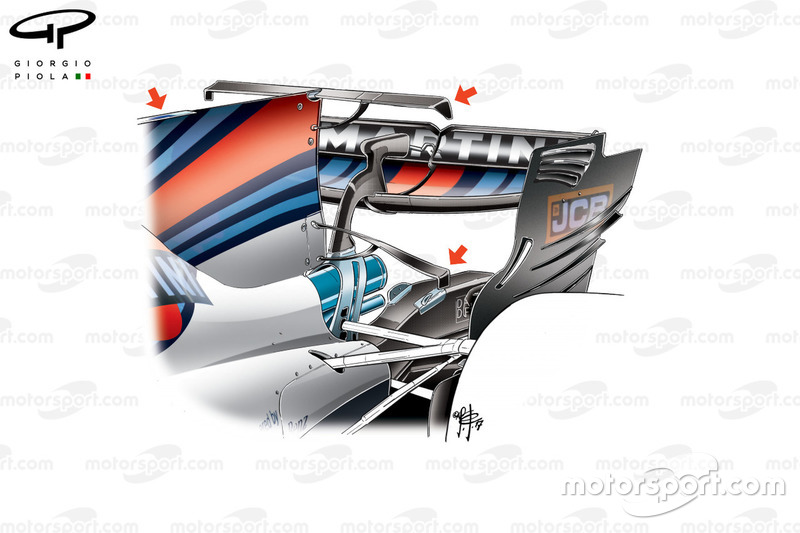 The arrival of T-wings is one that came about when a mistake made its way into a redraft of the 2017 regulations in October.

These regulations have undergone numerous changes as they've matured, with the zone that has allowed the arrival of the T-wings closed off in the preceding version of the regulations.

The reversion to the previous wording (in italics) in this article opened up a 50mm box zone ahead of the rear wheel centreline, which is the space that these T-wings occupy.

Having seen this grey area emerge, F1 designers immediately looked at this an opportunity, with Mercedes, Ferrari, Williams and Haas all developing varying solutions.

These winglets generate little downforce of their own, and their short chord isn't significant enough to consider them in that respect. Instead they should be seen as a way of further manipulating the airflow ahead of the rear wing.

The airflow structure they shed is used to change the upwash that is generated by the connection that the diffuser and rear wing share. 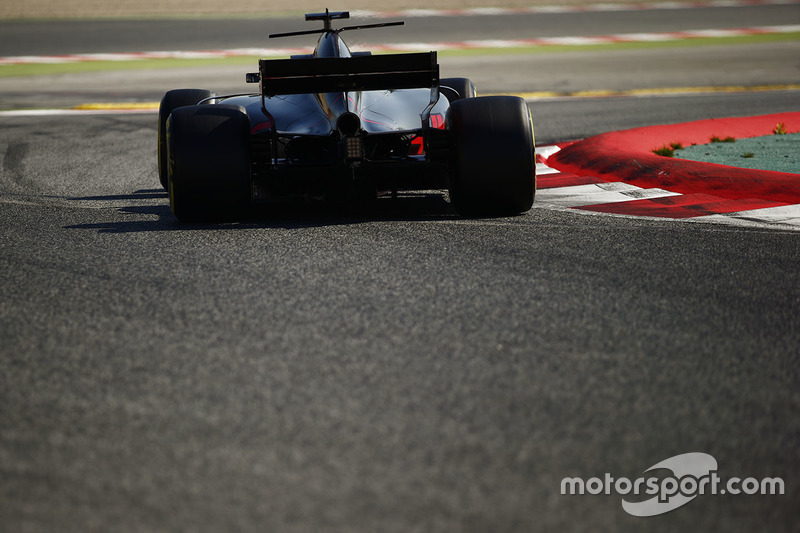 Although the FIA has no concerns about the shark fin and T-wing designs, one issue that could come under scrutiny this year is flexing - as was witnessed during pre-season testing at Barcelona.

If behind-the-scenes moves are made to get rid of T-wings, then it could be done on grounds that they are either unsafe because they bend so much, or that they are moveable aerodynamic devices.

McLaren Honda F1 crisis: What would you do next in McLaren's shoes?