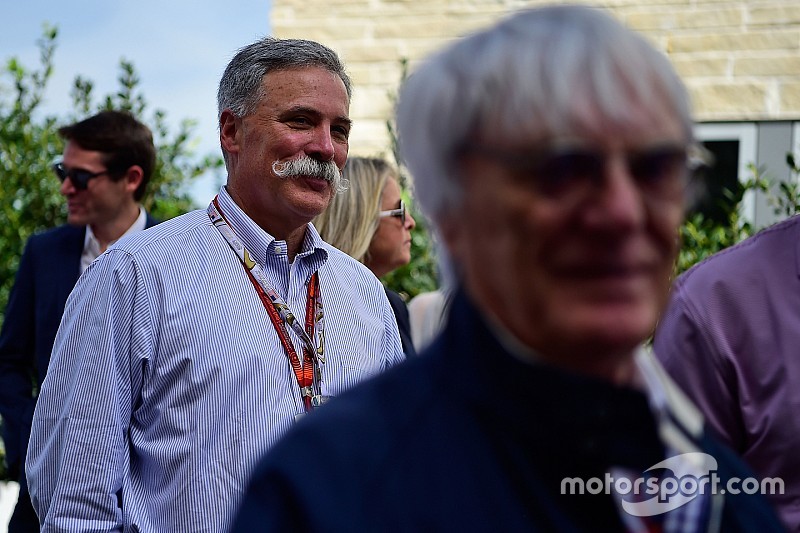 Formula 1 woke up today to the start of a new era under fresh leadership that many fans hope will lift the sport out of a period of intransigence and make it epic again.

In a remarkable week for F1 – with the shareholders of new owners Liberty Media only approving its takeover seven days ago – the American media giant has shown it means business as it moved Bernie Ecclestone aside and slotted its own management team in place.

The coup has come after years where F1 has seemed to be in a bit of a holding pattern, with team chiefs well aware that change was needed – the sport was falling behind the curve – but a silent acceptance that they had to wait for Ecclestone's reign to end to make good on visions for a new future.

A combination of a log-jammed decision-making process that involved the much-maligned Strategy Group, vested interests from teams and a desire to keep heads down rather than take on Ecclestone ultimately led F1 down many blind alleys.

When teams unanimously voted through the much-lambasted Ecclestone-inspired double points and elimination qualifying – even though privately they knew both concepts were doomed to failure and not what F1 needed – then you knew something in the system was broken.

But having brilliantly turned F1 into an $8 billion dollar global business, and being the master of divide and conquer tactics, there was never enough ground support to launch the revolution. At every turn, Ecclestone was able to stay one step ahead, most famously picking off Ferrari and Red Bull from the grasp of FOTA just when the teams were starting to become a unified force.

In the end, the challenge came from outside and it has changed the game, for even some of Ecclestone's most loyal allies accept that the opportunities offered by Liberty – to shake things up and make F1 bigger, better and more popular – mean that a new direction is the preferred route.

Perhaps key to it all is that Liberty offers the one thing that Ecclestone never did: a long-term vision for F1.

There was no one better than Ecclestone in dealing with the right circumstance to become the victor now, but in a fast-changing world, just because you win the battles each day doesn't guarantee you triumph in the war.

At the end of last season, Red Bull's Christian Horner – who has perhaps been the closest team boss to Ecclestone – talked about the need for attitudes to change from everyone, and a proper strategy for F1 be put in place.

"My view has always been, try to look far enough ahead that you take away the emotion of the immediacy of now," he told Motorsport.com. "I think the problem the teams face – and they're all guilty of that, us included – is you try to protect your competitive position to what you have now.

"They're all things, big ticking items that contribute to the show, reduce significant cost... and just create a great spectacle."

In Chase Carey, Sean Bratches and Ross Brawn, F1 has three hugely intelligent individuals who know what the sport needs to become 'awesome again' - as Nico Rosberg said in a tweet on Monday night.

But despite the seismic change in F1 – and the fact that life after Ecclestone will be different – what we are unlikely to see is an immediate radical overhaul of things.

We've had clues about what Liberty wants to do: more races in America, secure the European heartland, make grands prix 'Superbowl'-type events, use digital media better, change the prize-money structure, build the fan base, get more revenue from pay TV and utilise Virtual Reality.

But none of that is the work of a moment and it was last year when Brawn himself dropped a hint about what he felt would be required if he were to take on a role in helping shape the sport.

"If you ask me what F1 needs, it needs a plan; a three-year and a five-year plan," he said in an interview with The Daily Telegraph. "My view is we haven't got the ideal structure for creating that plan and implementing it over time."

So even though we may not get an overnight change, the timing is right to deliver the shake-up that F1 needs for a much brighter future.

The bilateral agreements that tie the teams to F1 expire in 2020, as do the current engine regulations.

Horner pointed out that knee-jerk rules shake-ups like in 2017 – with faster and more challenging cars – were not really what F1 needed and a more fundamental overhaul was required.

"At the moment we're doing a bit of window dressing," he suggested. "I'm still hugely in favour of going back to a power unit that generates noise and emotion, to turn the volume back up. It's part of Formula 1's DNA.

"We were all present in Japan [last year] where Honda fired up their Ayrton Senna V10 McLaren - and when it drove past, every member in the garage came to the front to see it go down the pit straight. And I think Formula 1 misses that, and it's something that crucially needs to be addressed for the longer-term future.

"I think the technology in these [V6 hybrid] engines is wonderful, it's mindblowingly clever… but the average man or lady in the grandstand, or viewer, they have no idea what's going on, and I think we should go back to trying to make Formula 1 absolute entertainment – part of that entertainment being the engine."

Indeed, perhaps the 'entertainment' factor is fundamental here, for F1 has big decisions to make about whether it wants to be a show, a technology proving ground or a pure sport.

For McLaren's executive director Zak Brown, the direction F1 needs to head is simple: engage the fans and the rest will look after itself.

"Over the next decade I expect the way Formula 1 is run will become both freer and more fan-friendly, and as such we can expect to see new generations of Formula 1 devotees recruited and delighted via the proactive embracing of digital and social media, gaming etc," he said on Monday night.

"Fan engagement is where it's at these days, and it's clear that the Liberty Media guys get that."