Analysis: The financial implications of Bottas's move to Mercedes 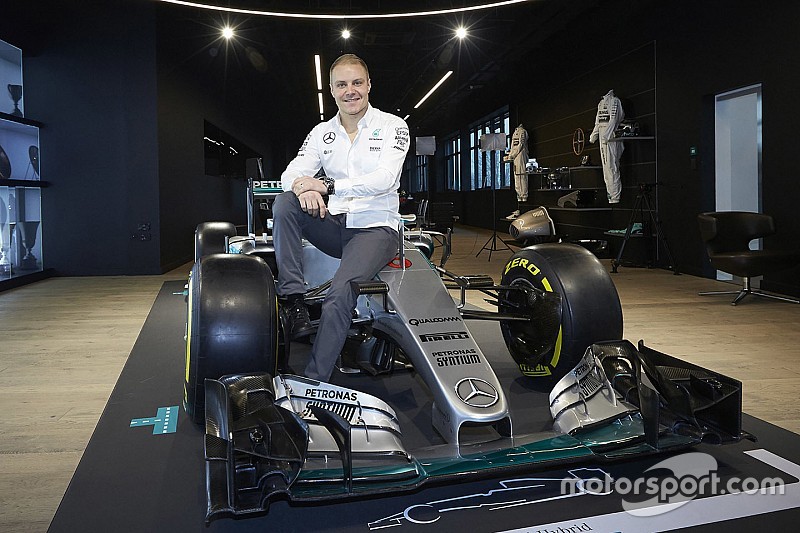 Now that the dominoes have fallen into place at Mercedes, how will Valtteri Bottas' move improve his own fortune and affect those of Felipe Massa and Pascal Wehrlein?

It should go without saying that for a competitive athlete, the chance of a promotion to what is expected to be the top tier of the top level of their particular sport contains a value far greater than any material wealth.

If the 2017 Mercedes is as competitive as the past three editions have been, the chance to fight for the championship will be invaluable to Valtteri Bottas, as it would have been for any other driver selected to race alongside Lewis Hamilton at the dominant Formula 1 team.

But the financial aspect to the move should not be ignored, for Bottas' promotion is a move that will also have an impact on Felipe Massa and Pascal Wehrlein, the other two winners of this winter's round of F1 musical chairs.

The obvious boost to Bottas' personal coffers will come from his new Mercedes salary.

While details of the deal have not been confirmed, in 2016 the Mercedes driver pair were each earning more than four times as much as the Williams drivers, and while Bottas' pay is unlikely to equal that of either a three-time champion or a driver who took the plunge at the beginning of the Mercedes F1 project and helped build the team into the winning force it became, the Finn can expect to double his take-home pay in the move from Grove to Brackley.

The increased media exposure that comes from driving for a front-running team will also improve Bottas' chances of securing personal sponsorship deals.

Early in his career, Bottas was backed by Finnish firms Wihuri and Kemppi, both of which appeared on the side of the Williams until 2015, when Kemppi dropped from the car but continued to sponsor Bottas on a personal level.

Wihuri extended its Williams deal until the end of 2016, and recently made the switch across to Mercedes along with Bottas, to whom the Finnish company has been loyal since he started his journey to F1.

New opportunities will abound in the near future, although his options will be restricted by existing team sponsorship deals: fashion brands are out, thanks to Mercedes' Hugo Boss association, while headphone manufacturers are not an option thanks to the Bose relationship.

Bottas' Mercedes move was made possible by Felipe Massa's return. The shortest retirement in history (maybe) will not have had much of an impact on the Brazilian's finances, as Massa will hardly have had the time to collect his leaving papers before the time came to sign a new Williams contract.

The one-year deal should see Massa's salary remain in the region of $5 million for 2017, a figure significantly higher than that which he could have earned as an occasional F1 TV pundit.

Massa's celebrity status within the sport and its target markets is already high, and the decision to postpone his retirement by a year is unlikely to lead to a string of new personal endorsements.

For Wehrlein, who has been Mercedes-backed since his time in Formula 3, but who doesn't come with a portfolio of rich relatives or personal sponsors, the Sauber deal create an opportunity to boost his income.

Sauber's financial woes have been a thing of the past since the Longbow investment went through last July, putting the team in a stronger financial position than it has been of late.