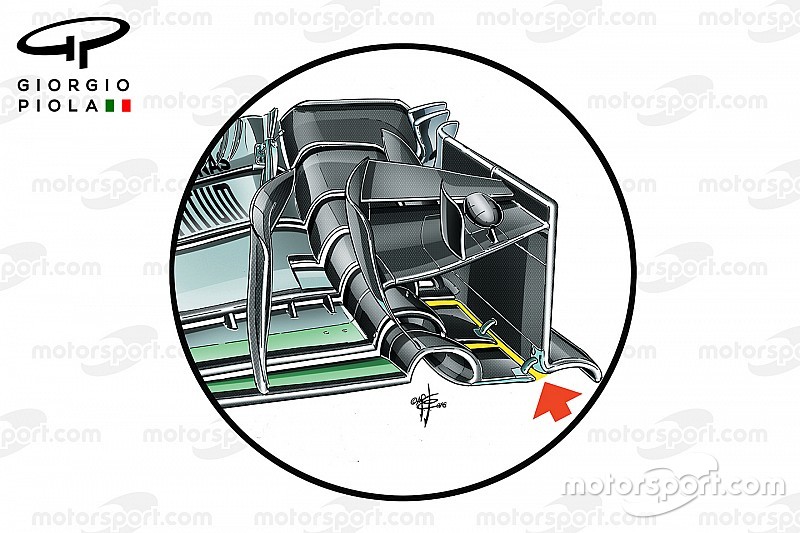 Mercedes arrived in Malaysia with one eye on 2017, as it tested a new front wing solution that we understand has more to do with next year's car than this.

It wouldn't be the first time that Mercedes has shown some of its hand a little early, with the team assessing a new suspension and 'S' duct configuration in Brazil last season, ahead of a more complex design integrated in this year's W07.

The new front wing was used briefly during practice by Lewis Hamilton, as the team looks to establish if it is moving in the right direction with its development of the W08.

It will not only be keen to gain driver feedback but also examine data gathered by the various pressure sensors mounted within the wing too.

The new design takes a leaf from the open-ended louvre design that several teams, including Mercedes, have adopted on the rear wing, with the leading edge of the surface exposed to the oncoming airflow, changing the way in which the airflow behaves in relation to other pressure gradients.

In the case of the front wing, Mercedes has detached the mainplane from the endplate and footplate, while the numerous flapped surfaces that follow remain attached.

It's understood that these changes have been identified as ways of improving the wings sensitivity to pitch and yaw, not only improving localised performance but the control they're trying to assert downstream too. 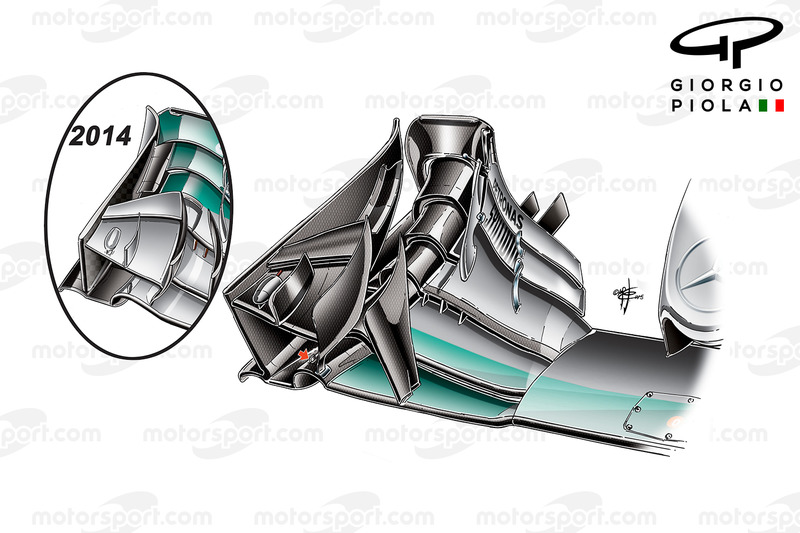 Paramount to this is the 'tunnel', a concept that the team first introduced in Malaysia 2015 (above, with older design inset) and has since been copied by other teams intent on improving the front wing's relationship with the tyre behind.

The tyre represents a significant challenge in the aerodynamic battle for superiority as it rotates, deforms and moves in yaw numerous ways during a corner, let alone a lap. Controlling the air it sheds is essential to the amount of downforce that can be made by the entire car, while the tyres also contribute to a significant proportion of the car's drag if left untreated.

These are both characteristics that a team wish to hone in on and exploit, with the front wings proximity essential to gaining performance. The tunnel created by Mercedes is but one of the devices the front wing devices used by the team to restructure how airflow moves around the tyre and is something it will be eager to improve. 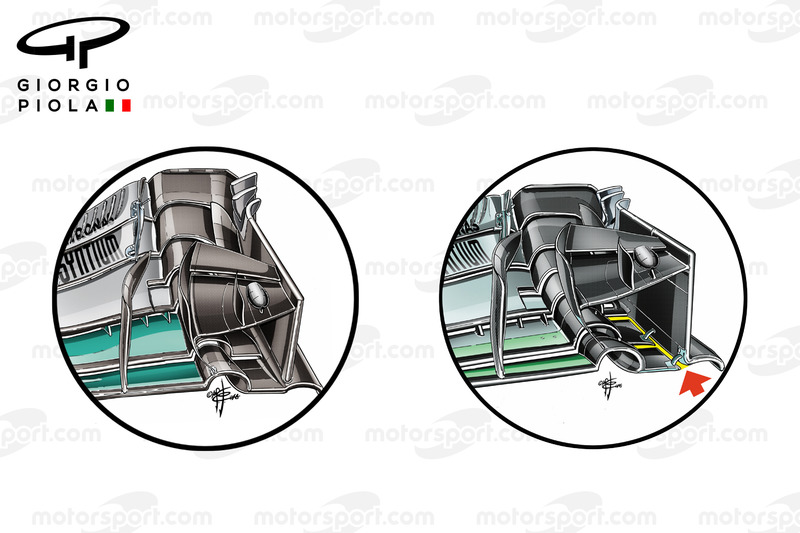 As such, the wing's slots normally continue outward past the tunnel toward the endplate (left) to inject airflow into the tunnel under conditions where, ordinarily, it may be starved of airflow and lose performance.

This new design goes one step further, shedding some of the flap's bulk and isolating the endplate and footplate, so as not to interfere with the tunnel and further improve its performance as the car transitions.

Small metal bridges (arrowed) are used to prevent the wing from flexing unduly under load, something that must have posed quite a challenge given the load tests conducted by the FIA in this area of the wing.

Turning our attention to why this might be important, changes to the regulations see a revised relationship between the front wing and tyre for 2017.

The tyre is 60mm wider, up from 245mm to 305mm, while the front wing's relationship with the outer section of the tyre is also revised, with front track up from 1800mm to 2000mm the front wing dimensions are askew.

This is due to the fact that the front wing will be 1800mm rather than 1650mm, giving the teams an extra 75mm either side of the centreline to work with.

While this may seem like a small concession, we have to understand that they also have to deal with the new deltoid shaping too as the wing is effectively moved forward to accommodate it. 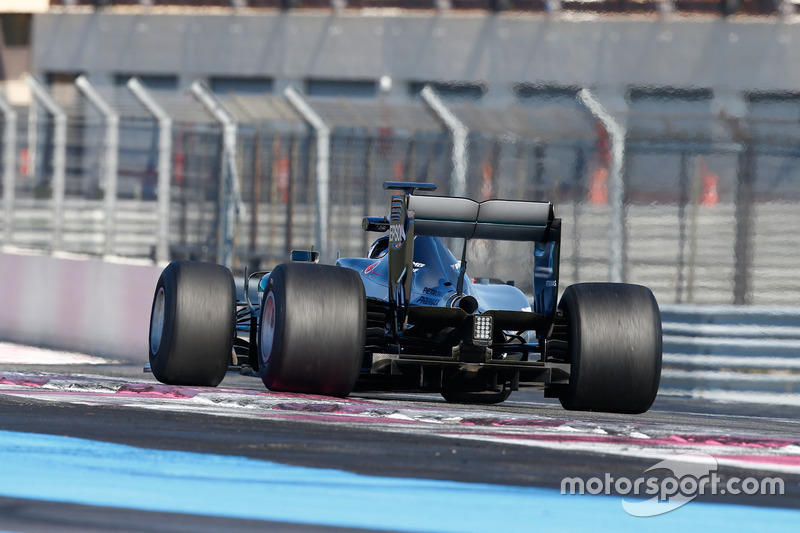 Mercedes is one of only three teams to have gone to the expense of creating a mule car to help Pirelli with the testing of next year's tyres.

It has been argued by many of the other team principals that, while they'd have loved to build mule cars, they couldn't afford to. It was simply too much strain in terms of both cost and development resources, given that would mean three development projects - the remainder of 2016, a mule car and the 2017 design.

However, these same team principals are well aware of the advantages that Mercedes, Red Bull and Ferrari may gain, as even though they're restricted in the parts they can use, it's still possible to learn from the time on track.

With such a significant shape change for 2017, the front wing is going to be a hotbed for development in the early stages of next season, and so it's interesting that Mercedes has decided to show its hand in regard to this open-ended mainplane solution, given the time it now affords others to assess and adopt it should they think it bears fruit.

Or is it simply Mercedes gaming the opposition into a development that it has already discovered doesn't yield significant gains?