Analysis: Is F1 set for another flexi-wing war? 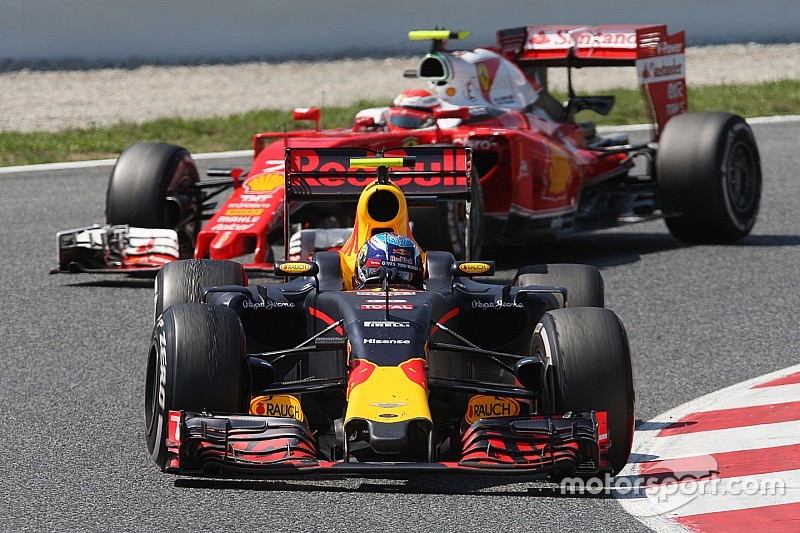 With the fight at the front of the Formula 1 grid closing up, the quest for aerodynamic advantage has once again opened up talk about what teams may or may not be doing with flexi wings.

The latest saga emerged after the Spanish Grand Prix, when a rear facing camera from Sebastian Vettel's Ferrari showed his rear wing and monkey seat were rotating back at high speed.

There were further suggestions that Red Bull's front wing was acting in a similar way - to reduce drag on the straights while producing maximum downforce at low speed.

With this weekend's race in Baku taking place at a track where teams wants maximum downforce and minimum drag, it is likely there will once again be close scrutiny on what all teams are up to.

And that will be especially true after the FIA in Canada executed tougher checks - 50 percent over the prescribed limits - to see if anything untoward was happening. All cars were given the all-clear. 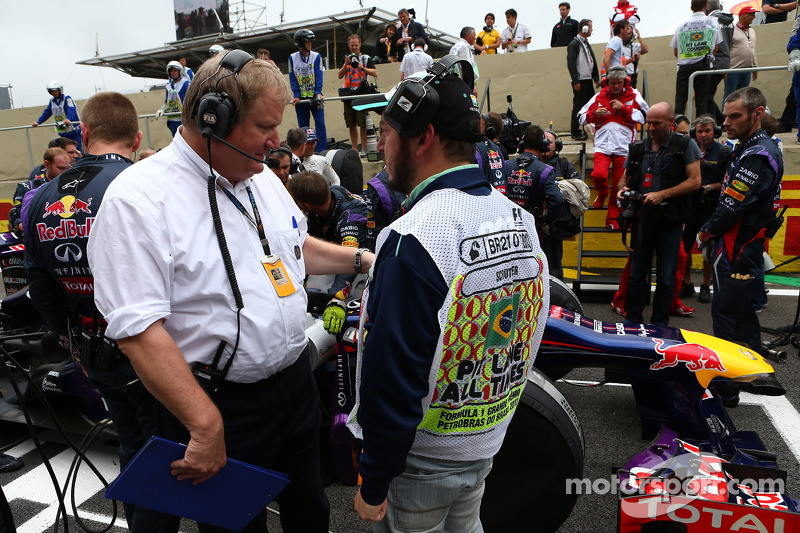 Flexibility in bodywork, especially loaded elements, is inevitable and parts cannot be made infinitely rigid, otherwise they would buckle under load.

However, parts must pass load and deflection tests conducted by the scrutineers in order that they don't become a moveable aerodynamic device (Article 15.3 of the technical regulations).

These tests have been in place for several years - although the forces used have increased as teams have pushed the limits with what they are doing. 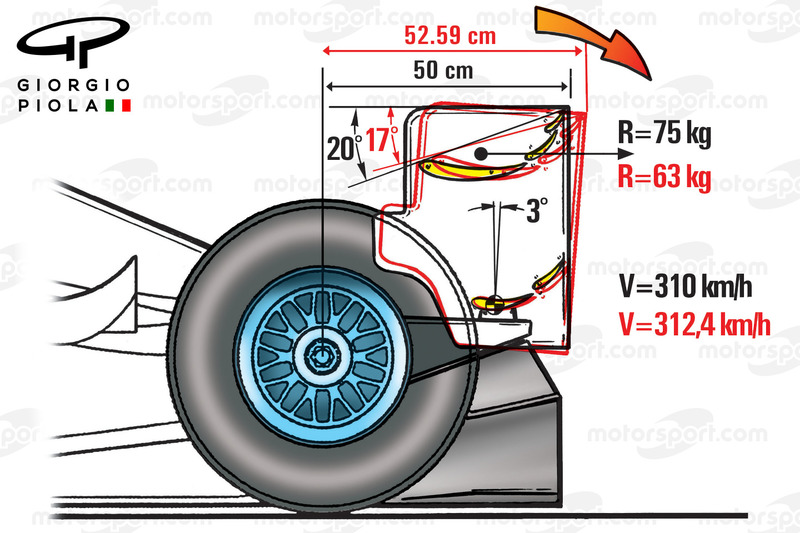 Flexible front wings became a intense development battleground in 2010 as the teams looked to regain lost performance in the regulation switch only a year earlier.

Those initial 'flexi-wing' concepts were designed to bow at their outer extremities to affect how the wing operated and improve how the airflow moved around the car.

The load tests were subsequently increased by the FIA in order to scupper their implementation, but, as always, the designers found new ways to deal with the issues.

Aero-elasticity was pushed in different directions, with some found to be rotating the entire wing structure to change the wing's angle of attack.

Red Bull got a ticking off at the end of 2014 when it was found that its front wing flaps were actually hinged, allowing the wing to deflect under load. This directly reduced drag and changed the shape of the airflow dispatched downstream.

This led to the introduction of a push test, where the FIA applies a load to the trailing edge of the flap to determine if its movement is above an acceptable threshold.

That is why you will now find a spar inbetween the upper and penultimate flaps on most front wings to limit the movement of the flap during this test.

Prior to this, almost the entire field had realized they could change the shape of the Y250 vortex dependent on the speed of the car. 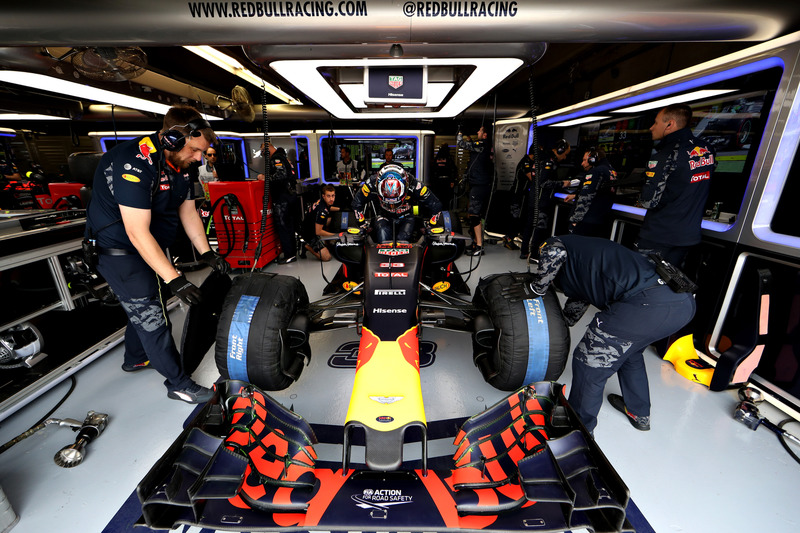 The current accusation centres around Red Bull having designed its wing in such a way that the flapped section is entirely independent of the footplate and endplate.

This could allow it to flex at speed, circumnavigating the push and load tests independently, although its car has passed all checks.

Meanwhile, rearward facing footage of the Ferrari during the Spanish GP seemed to show the entire rear wing structure, mounting pylon and monkey seat all tilt back under load on the main straight, which is thought to significantly improve straight line speed.

Again, it's not the first time we have seen this phenomenon, with the most recent example being Williams in 2014. Footage of the FW36 seemed to produce something similar to what we saw with the Ferrari. 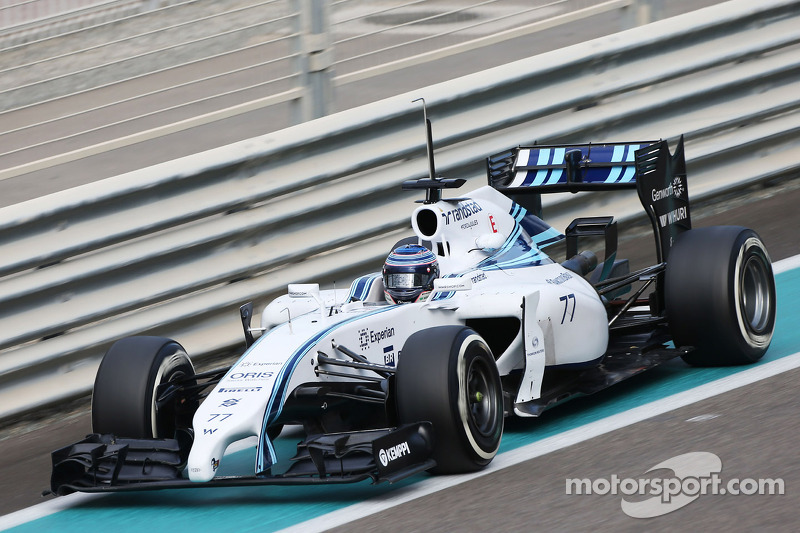 However, it remains unclear as to whether this was (or is) an intentional design consideration or an ill-conceived side effect of the team's rear-wing design, which didn't feature a centre-mounted support pylon like the rest of the field.

Unsurprisingly, the FW36 regularly topped the speed traps in 2014, but the drivers bemoaned a lack of aerodynamic consistency. Could this have been a side-effect of the re-attachment of airflow as the wing tilted back to its upright position during cornering?

For there will be an arbitrary period of time that passes where the wing will not provide the necessary downforce as speed bleeds off under normal operating conditions and a tilted wing comes back into position.

This is due to airflow detachment, a phase whereby the airflow leaves the aerodynamic surface, which results in a loss of downforce and instability.

It's unsurprising then that we saw the Ferrari drivers fighting their machines in Spain with what could have been an unstable downforce level in transient conditions.

Whether or not Red Bull and Ferrari are going beyond the 'spirit' of the rules is a matter of debate. But, for now, the FIA is satisfied that neither team is doing anything against the regulations.

That stance will now leave the two teams' rivals with a clear choice: keep lobbying the FIA to make sure that there is nothing nefarious going on, or pursue similar 'flexi' design concepts themselves.

It will be fascinating to see where F1's aerodynamic battleground goes from here. 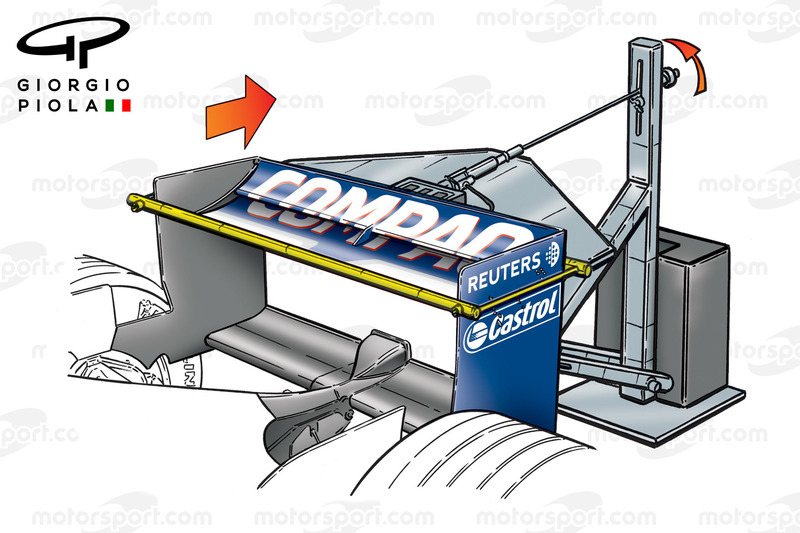 European Grand Prix preview: Not like anything we've seen before in F1