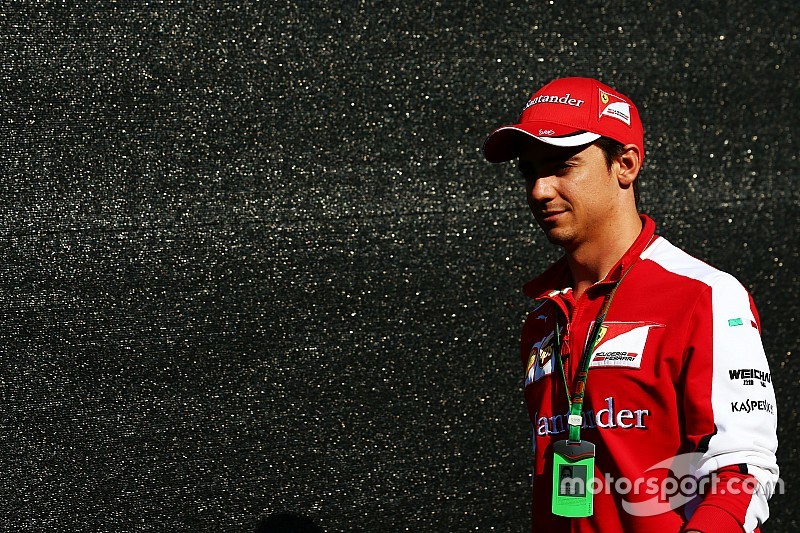 Nico Hulkenberg's decision to remain at Force India in Formula 1 is not only good news for his Force India bosses, but will be welcomed by a number of other drivers who were battling him for race seats elsewhere.

The growing competitiveness of Hulkenberg's current team, which briefly led the Belgian Grand Prix for a few metres, meant it was increasingly likely that the German would stay on board.

The downside for him of taking up an offer to go with Haas for 2016 was that its competitiveness is so hard to predict right now – and it has been clear how much F1's most recent new teams have struggled.

Yet, although Haas may be disappointed to lose out on the man that it had put at the top of its wishlist, for the men who were vying Hulkenberg for a seat at the new American team it is good news.

There is no shortage of candidates willing to throw their lot in with Haas, but Hulkenberg's experience and talent were always going to make him a strong contender.

With him out of the equation, it now appears that the best option for the team is picking out drivers who missed out on race seats this year but come with plenty of speed.

Gutierrez, with his strong Ferrari links and Mexican backing, has long been considered a shoe-in for one of the seats.

"This weekend I had an important meeting which will have a big repercussion in my professional life," he said. "Nothing that comes in my way will stop me, neither will change the person who I have the fortune of being."

Was this Renault related, a Haas meeting or something outside of F1 completely?

For Magnussen and Vergne, their experience with good teams in F1, allied to obvious speed, make them equally attractive – and perhaps Haas' best options if it sees through on its desire to want battle-hardened F1 drivers for its debut.

The pair will certainly not be unhappy about Hulkenberg's decision to remain where he is for now.

From Delhi to Silverstone: Yechury's journey to Force India