Analysis: How COTA used Taylor Swift to save the US GP

Wednesday's confirmation that the United States Grand Prix will go ahead on schedule addressed the big question mark over the 2016 Formula 1 calendar.

The race had been listed as provisional by the FIA, but now it would appear that we are guaranteed the first ever 21-race season.

It's clearly good news for the sport, because Austin has been a very successful and popular venue, and everyone wants to have a race in the USA. To lose it in the first season of Haas F1 would have been a PR disaster.

Confirmation of the race's survival came not from the FIA but from the venue itself, and via the unusual medium of a press release about a Saturday evening concert, albeit one that adds a new dimension to the weekend's schedule.

October 22nd at COTA is the only show currently scheduled in 2016 for Taylor Swift, one of the biggest names in the music world.

The general idea is that she will bring the US GP to the attention of her 72.6 million Twitter followers – a number that even our sport's biggest names can only dream about. 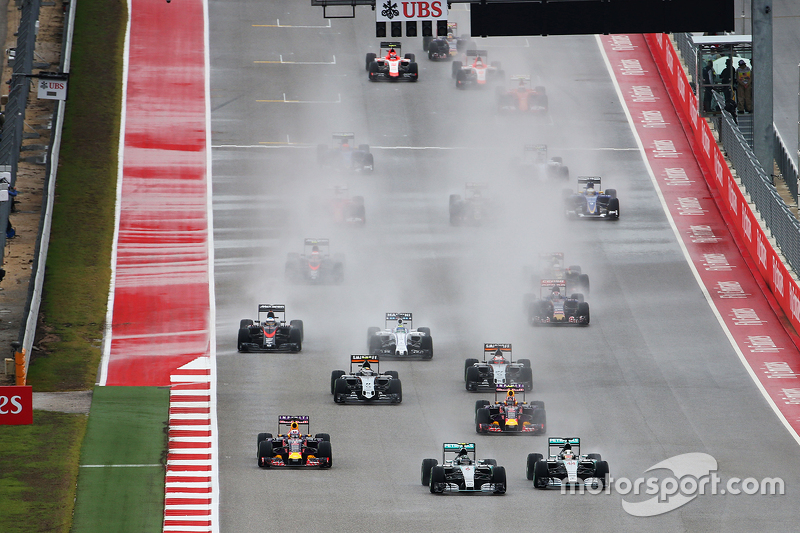 The doubts over the race followed the rain-hit 2015 event and a cut in funding from the Texas authorities. The whole project was originally conceived by its founder Tavo Hellmund on the basis that a significant chunk of public money would help to make it viable, and more specifically, would go a long way to paying Bernie Ecclestone's sanctioning fee.

The Texas Major Events Trust Fund justifies payment to organisers and promoters on the basis that they bring people from outside the state who spend money in hotels, restaurants and shops, generating extra tax revenue.

Before the COTA project got off the ground, it was agreed that $25m would be paid each year for the first 10 years of the race, and that helped to provide the momentum to get the track built.

However, after a change of administration in Texas last year, and with the folk who signed off on that deal no longer involved, the promised fee was cut to $19.5m.

The reasoning was simply that the original number had not been properly calculated, and that the F1 race hadn't brought in enough tax revenue to justify the higher payment.

That shortfall of over $5m was hugely significant for COTA, especially coming after the rain-hit event last year, which left many visitors frustrated.

Chairman and CEO Bobby Epstein made that clear when he told the local newspaper: “I think we’re screwed.” There didn't seem to be a Plan B... 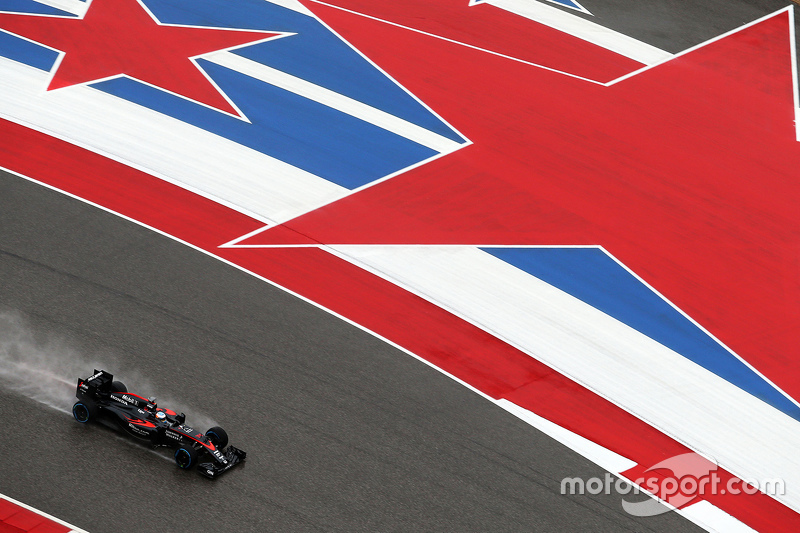 However, over the past few months Epstein has been looking for a way to make the event work, and adding Taylor Swift to the F1 weekend's bill is at the heart of his plans. He's convinced that her presence will bring in new people and create a sell-out.

“There were several hurdles that needed to be overcome and things that that need to come together in order to make this happen,” Epstein told Motorsport.com.

“It took this long to cross those milestones. It was everything from being comfortable with the state, to our local property tax, to whether we could get a way to make sure we can sell enough tickets, by securing Taylor. All that takes time.”

Swift's name has also resonated with Texas state officials. They now have to be convinced that this upgraded event package will justify the funding.

“The reimbursement programme hasn't changed, but we'll increase our impact, and we believe the state will be there for us. Hotel rooms will be full of more people, families will come...

"The state just wants more people to come from outside the state, bring their money in, and spend it. And this is a great way to do that.” 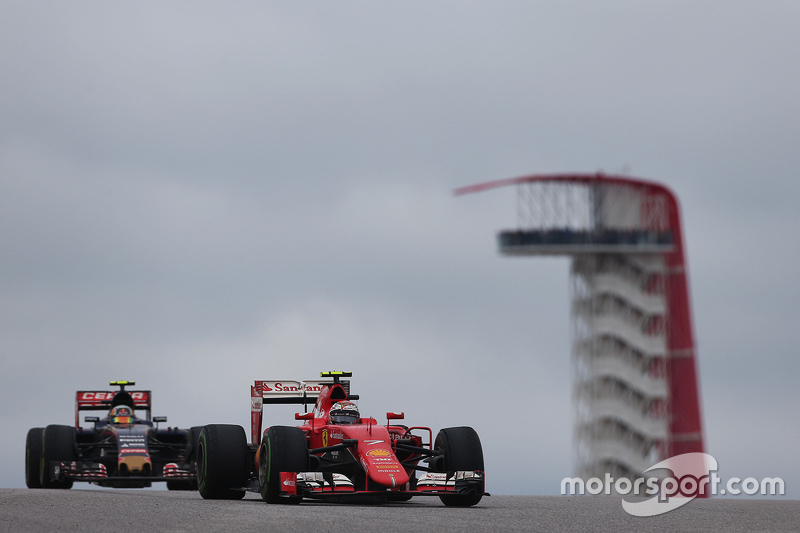 Epstein sees Swift's appearance as an investment for the long term. He regards it as an opportunity to bring people to COTA and to F1 who would otherwise not make the trip, to a greater degree than Elton John managed last year.

The hope is that some will want to come back in future years, even if the concert headliner isn't as big a name as Swift. It might be an optimistic approach, but it's worth a go.

“What's important to us to is to try and make an investment in the future and try and figure out ways to expose the sport to new fans," said Epstein. "That's why it was very important to the overall goal.

"Really that is our goal, how to get new fans not just this year, but in the future. Until we bring them out, they have no reason to come out of just natural curiosity. So we're telling them to do it...”

Last year, COTA faced an extra challenge in the form of the return of the Mexican GP. The first three years of the Austin race saw a significant influx of fans from south of the border, and as expected, that didn't happen last year.

Epstein is hopeful that the numbers will pick up again: “I think for the first couple of years they will go to Mexico City, then I won't be surprised if they go to other races.

"Some will come back to Austin. We can't rely on them to make up our attendance, but we can make it a good experience for them, and I hope that they do come.”

Mindful of the Mexican GP issue long before last year's race, COTA extended its marketing efforts in the rest of the USA, and that process will continue: “We just have to do more of it, Taylor Swift will help a lot with that. The tickets will sell out...”

Will the arrival of Haas F1 help to increase interest?

“I think it adds an additional awareness to it, because Haas is very successful in NASCAR, and that's obviously a bigger audience in the US, so it gives us a chance to get exposed to more race fans. I hope that Haas buys a lot of tickets from us and spends a lot in town!” 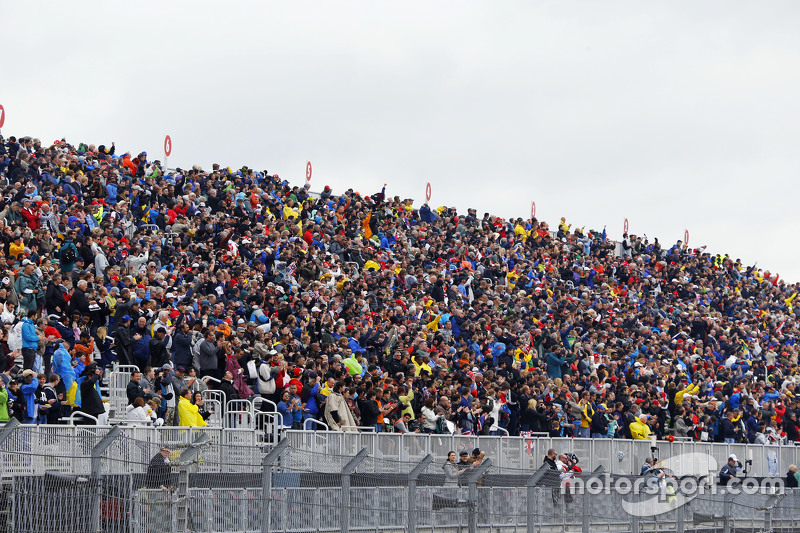 Even without the funding issue COTA has had a difficult time since last year's race, thanks to the impact of the bad weather. In the end, come Sunday, we had one of the best GPs in years, but a lot of fans had a bad experience.

“It was categorised by the meteorologists and a once in every 2500 years weather event," said Epstein. "So I hope it doesn't repeat itself, and I hope not to be here in 2500 years!

"We've got a lot of ways to cope with it, but that sort of deluge again is quite unlikely.”

Inevitably, COTA received a lot of written complaints from disgruntled fans. “We did, and some of the reasons they wrote and complained, they were absolutely right to complain about it.

"Those are issues that are easily fixed, so we're going to fix them. A lot of it is simply they don't mind getting wet, they don't want to get stuck in mud. They don't want to have to walk though mud, so I think we can do a lot to help them.

“That's why we have offered the fans a promotion. If it rains 2.5 inches in the 24 hours before the race, you get all of your money back plus an additional profit, and the event can still happen.

"So it's not just a refund for a cancellation. Let's have people root for the rain, and if they get it, they make money!” 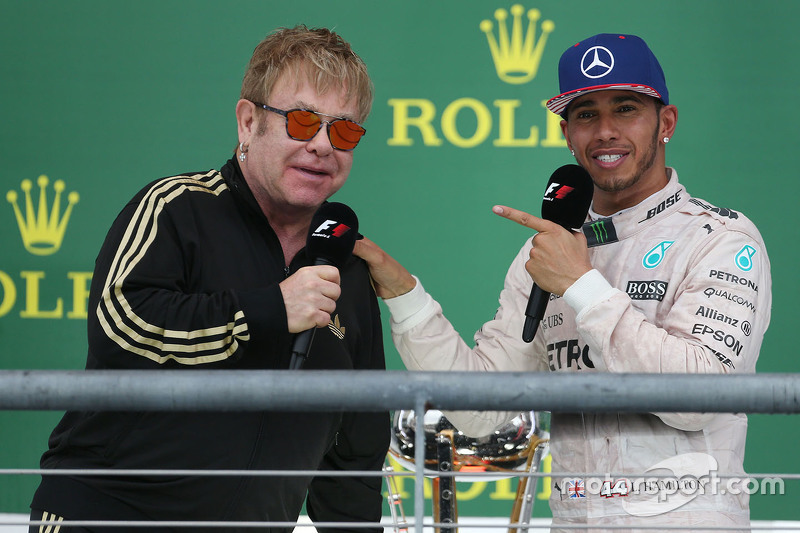 Retro: When Hamilton and Rosberg got along as teammates