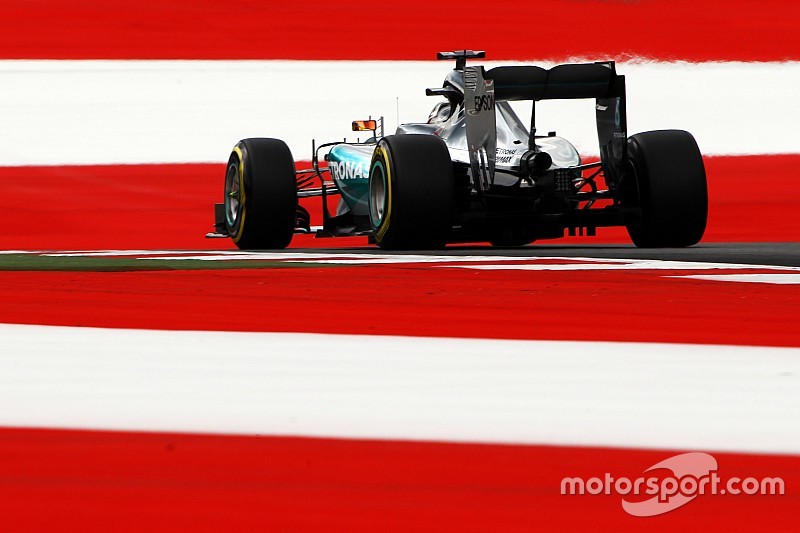 Formula 1 teams are expecting the Austrian GP qualifying lap record to be shattered this year – and pole position is set to be the lowest lap time the sport has seen for over 25 years.

In addition to the progression in speeds seen elsewhere since last season, encouraged partly by the introduction of the ultrasoft tyre, the Red Bull Ring has been resurfaced, and some bumps have been removed. That led to a significant improvement in lap times at the recent DTM event.

Last year Lewis Hamilton set a pole position time of 1m08.455s, but the fastest official qualifying lap turned at the track was the 1m07.908s achieved by Michael Schumacher in the Friday session in 2003 - although the quickest actual pole lap was the 1m08.038s recorded by Rubens Barrichello in 2002.

Teams anticipate that this year's fastest qualifying laps will be in the 1m06s range, and may even dip into the 1m05s. DTM frontrunner and Williams F1 reserve Paul Di Resta believes that there will be a significant improvement.

“For us it was 2.5s faster in qualifying [in DTM],” Di Resta told Motorsport.com. “It's just a bit smoother with more grip in the corners, but conditions were probably spot-on as well.

"It's more difficult to get the tyre going, but it just gets quicker and quicker. It's less bumpy, so you can optimise the car a lot more. You can run it lower, which is obviously far better for the aero.

“The bumps weren't that bad before, but they were in places that challenged you a bit, especially braking for Turn 2 up the hill, and the final two corners.

"There's a lot less compression through the final corner, the profile has changed slightly, so it's a bit more of a normal corner. The kerbs are a bit different as well, so it's little flatter and a bit more forgiving to a point.

"I think it misses a bit of the character it had. I think I preferred it when it was a bit rough around the edges!

“With the evolution of the cars and the soft tyres I'd expect it to be in 1m05s or something. It's going to be mighty quick. It'll be busy for the drivers, it'll be a challenge for them.”

Any pole lap faster than Schumacher's 2003 Austrian GP benchmark will also be the lowest qualifying lap time since the 1990 French GP, when Nigel Mansell recorded a pole 1m04.402s, which will remain out of reach for now.

However, the likelihood is that next year – when rule changes will make the cars faster still – pole in Austria could be among the lowest F1 lap times ever recorded.

Here's a summary of where Austria's 2016 pole lap could fit into the all-time list:

*Not pole but achieved in Friday session, which determined Saturday qualifying order.

Weekend debate: What impact will Brexit have on Formula 1?