Analysis: What was behind the smoking Ferraris in Barcelona 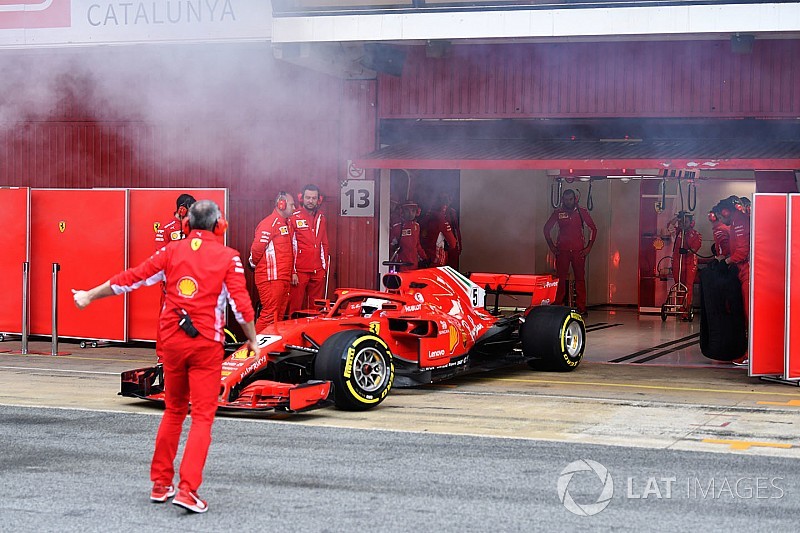 One of the more curious aspects of pre-season Formula 1 testing revolved around the Ferrari-powered teams, and the huge plumes of smoke being pumped out of their cars.

Rather than it being a one-off occurrence, it became a pretty normal state of affairs for a cloud of smoke to engulf the pit lane just prior to Ferrari emerging from its garage.

The characteristic, which happened with customer teams Sauber and Haas too, left many people scratching their heads and wondering if Ferrari was up to some special engine tricks.

However, it appears that the smoke was in fact a consequence of new F1 regulations brought in this year to clamp down on oil burn, an activity that Ferrari was believed to be particularly active in last year.

As well as new requirements to help the FIA monitor the amount of oil that teams are burning, other tweaks to the rules have been introduced regarding the piping of oil vapour from catch tanks.

Previously it had been possible – through the use of active control valves – to feed this vapour back into the car's airbox, where it could then be fed into the engine and burned for a power boost.

However, two new 2018 rules now prohibit such behaviour and force teams to feed out any excess oil vapour from the back of the car.

Article 7.8 states: "The use of active control valves between any part of the PU and the engine intake air is forbidden." 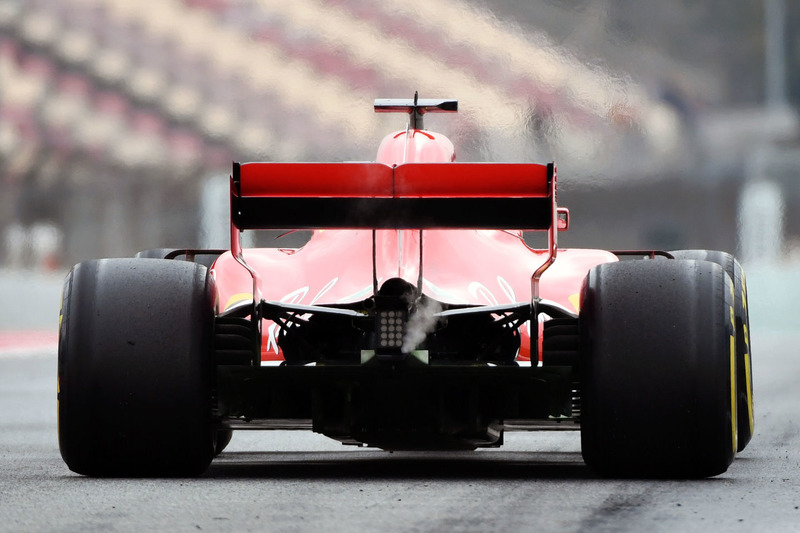 These rules have prompted teams to fit piping to feed oil vapour out the back of their cars, and it was this that was causing the smoke in Barcelona. 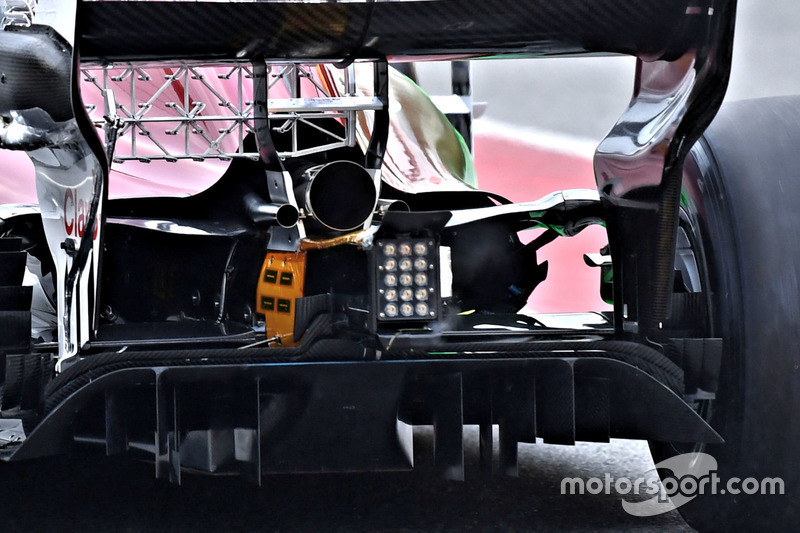 Ferrari has elected to pipe its vapour through a channel built into the lower part of its crash structure casing.

This, paired with what appears to be much more oil vapour being dispensed by the power unit than other teams, resulted in the distinctive vapour trail in testing.

The very cold conditions exacerbated things too – considering how warm the oil vapour would have been – and the effect out on the circuit will have been exaggerated by air flowing around the crash structure and through the diffuser. 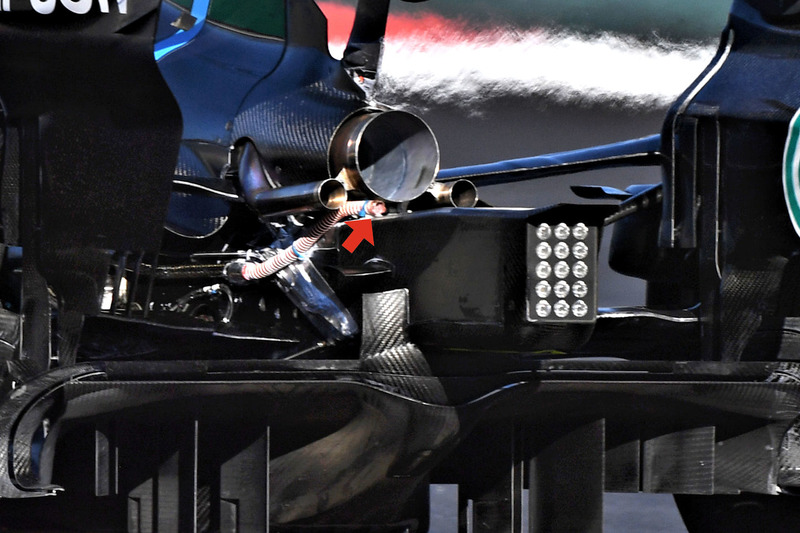 Meanwhile, the rest of the field have opted to place their pipework either alongside their exhaust, most likely following recommendations from their power unit supplier, or have it venting to the atmosphere from a location of the team's choosing.

It is unclear yet whether the Ferrari smoking characteristic will have been big enough to prompt the Italian outfit to tweak its design ahead of the Australian Grand Prix, or it is something that we will just have to get used to seeing throughout 2018.

No concerns from the FIA

Although the smoke looked quite dramatic, the FIA has no concerns about the situation being anything it will need to interfere with, because it is not happening out on the circuit.

F1 race director Charlie Whiting suggested that the Ferrari characteristic was similar to what happened with Toro Rosso on occasion last year on the grid.

When asked by Motorsport.com about the smoking Ferrari matter, Whiting said: "We see it quite often, we saw it a lot with the Toro Rosso last year whenever they fired up.

"We think that's just oil getting into the turbo through the seals. It's not doing it on the track."