Amsterdam and Rotterdam not interested in Dutch GP idea 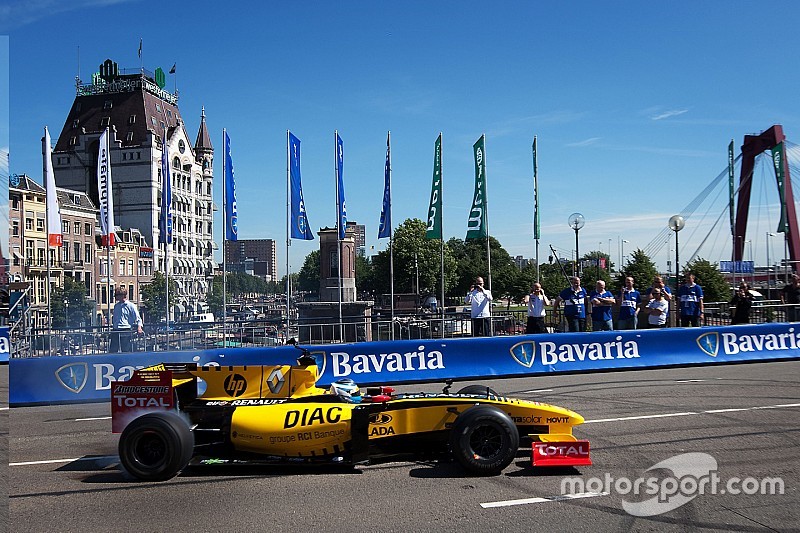 Local government officials in Amsterdam and Rotterdam have said there is little interest in their cities hosting a Dutch Grand Prix street race.

As Motorsport.com revealed earlier this week, F1’s commercial boss Sean Bratches recently paid a visit to the Netherlands to talk about the possibility of holding a street race in one of the country’s major cities.

While the idea of a city race is still in its early stages, the size and populations of Amsterdam and Rotterdam made them obvious candidates if the plan moved forward.

But both cities have told Motorsport.com that there had not yet been any formal contact with F1’s owners – and that they were not too keen on exploiting the growing popularity of Max Verstappen by holding an event on their streets.

A spokesperson for the city of Amsterdam told Motorsport.com: “A car race should take place on a circuit, not in an old city centre.”

The official comment backed a statement from Eric van der Burg, who handles sports affairs within the municipal executive of Amsterdam, earlier this week on Twitter.

On the possibility of a F1 race in the streets of the Dutch capital, Van der Burg tweeted: “In Amsterdam? That’s fine, but in Amsterdam Beach [Zandvoort], where they have a beautiful track. Not in the city centre of Amsterdam.”

Rotterdam already has some experience with running F1 cars, having hosted the City Racing events from 2005 until 2014.

But a spokesperson for the city of Rotterdam went as far as saying that holding a grand prix there within three years would be almost impossible due to city centre works.

“Rotterdam has not been approached regarding a Formula 1 event, so there have also been no discussions about this," she told Motorsport.com.

“In the coming three years this would be unthinkable anyway due to a renovation of the Maastunnel and a refurbishment of the Coolsingel.

“This aside, with the City Racing events that were held earlier, there were already many who had their doubts in relation to the environmental impact and noise disturbance.”

The last time a Dutch Grand Prix took place was at Zandvoort in 1985, with three-time world champion Niki Lauda winning the event.

Zandvoort is currently conducting a feasibility study to see if an F1 return is possible – with the results expected soon.

The Assen TT Circuit, which hosts MotoGP, is also seen as a possible location for a Dutch Grand Prix by a local promoter, who organizes the annual Gamma Racing Day events.

The track hosted the Champ Car World Series and Superleague Formula in the past.