Alpine Formula 1 boss Otmar Szafnauer welcomes action by the FIA on porpoising, but only if it doesn’t give rivals an advantage.

The governing body issued a technical directive on the subject prior to the Canadian GP indicating that it would use the weekend to gather data prior to a future clampdown on safety grounds.

However, exactly what course the FIA can take to control it remains open to question, and the matter will be discussed in a meeting of technical directors before the British GP.

Alpine has not suffered with porpoising and bouncing as much as some rivals, although both Esteban Ocon and Fernando Alonso admitted that it was an issue in Baku.

However like other drivers they were not badly affected by it in Montreal.

"It's up to the FIA to help on all safety issues," Szafnauer said after Sunday's race. "And I'm sure they're looking into it. But there's a process that needs to be followed. And I think they will do that.

"I didn't see a lot of porpoising out there. We asked our drivers on a scale of one to 10, 10 being the worst, where you can't take the porpoising, and zero or one being none at all.

"And we were at a two today, for example. So that was their opinion. Out of 10 we're at a two, so I don't think it was an issue here. But you never know how other tracks might be."

Szafnauer said he would accept action on safety grounds from the FIA only teams don't gain from it. 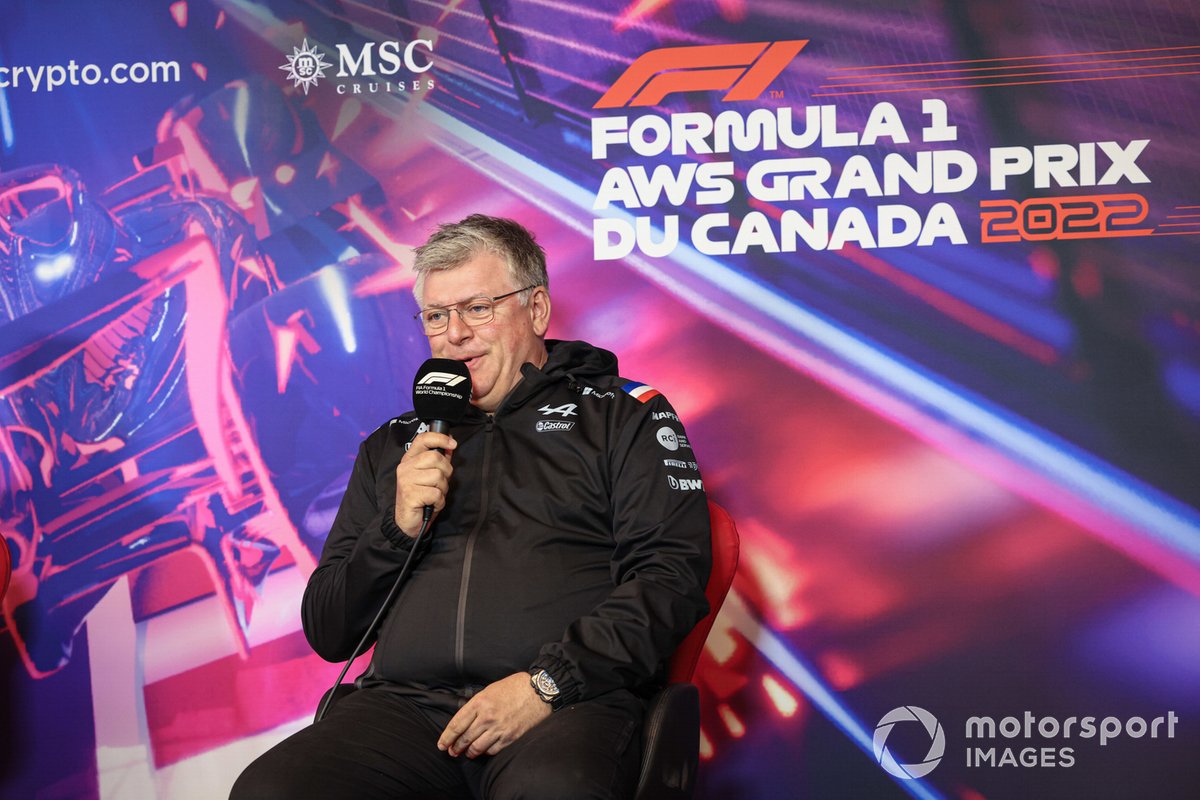 "If the FIA determine that it's a safety issue, just as long as the playing field remains even and some of the teams don't use it as a negotiating tactic to gain a competitive advantage, then I'm happy with it.

"So we will never oppose anything on safety grounds. But like I said, for us here, the porpoising was two out of 10. It's almost nothing.

"If it's a safety issue, it goes to the TAC [technical advisory committee], then it gets proposed to the World Motor Sport Council and then it gets voted in. But I don't know what's going to happen with the porpoising. Hopefully it will be discussed at the TAC."

Speaking earlier in the Montreal weekend, Szafnauer stressed that Alpine had sacrificed performance to control porpoising.

"It's an issue for us, but we raise the ride height, we lose downforce, and we get it to a sensible place," he told Motorsport.com.

"And I'm pretty sure everybody could do that. I don't know what the others are doing. But my guess is that they don't want to give up the downforce so they go to a lower ride height, and that causes porpoising. So I think it's pretty easy."

Ferrari "too quick" for Hamilton to beat in F1 British GP