Alpine has full faith that the sidepod upgrade it has brought to Formula 1's Bahrain Grand Prix is a step forward, despite Esteban Ocon's dramatic failure in first practice.

Both Alpines were fitted with a sidepod upgrade for the F1 season opener, but Ocon lost his early on in first practice when the right-hand side bodywork flew off on the main straight, bringing out a red flag.

While the team did not have an immediate answer to what caused the failure, it suspects that the issue was a one-off.

Following precautionary checks in the garage, it gave the all-clear for the new design to remain on Alonso's car and he ran without trouble for the rest of the session.

Team principal Otmar Szafnauer said that the team would continue to search for a proper answer as to what happened, as he said there were no concerns of a repeat problem affecting Alonso.

"I think it was a one-off," he said. "We're still trying to figure out the root cause and I don't know if the sidepod was a bit damaged, or if it didn't have all its fixings. But Fernando ran the same one.

"We just made sure it was all fixed and all taped properly. And it was fine. So I think it's a one-off. But it's still nice to always, always find the root cause. And once you know that, then you're 100 percent sure it's fixed." 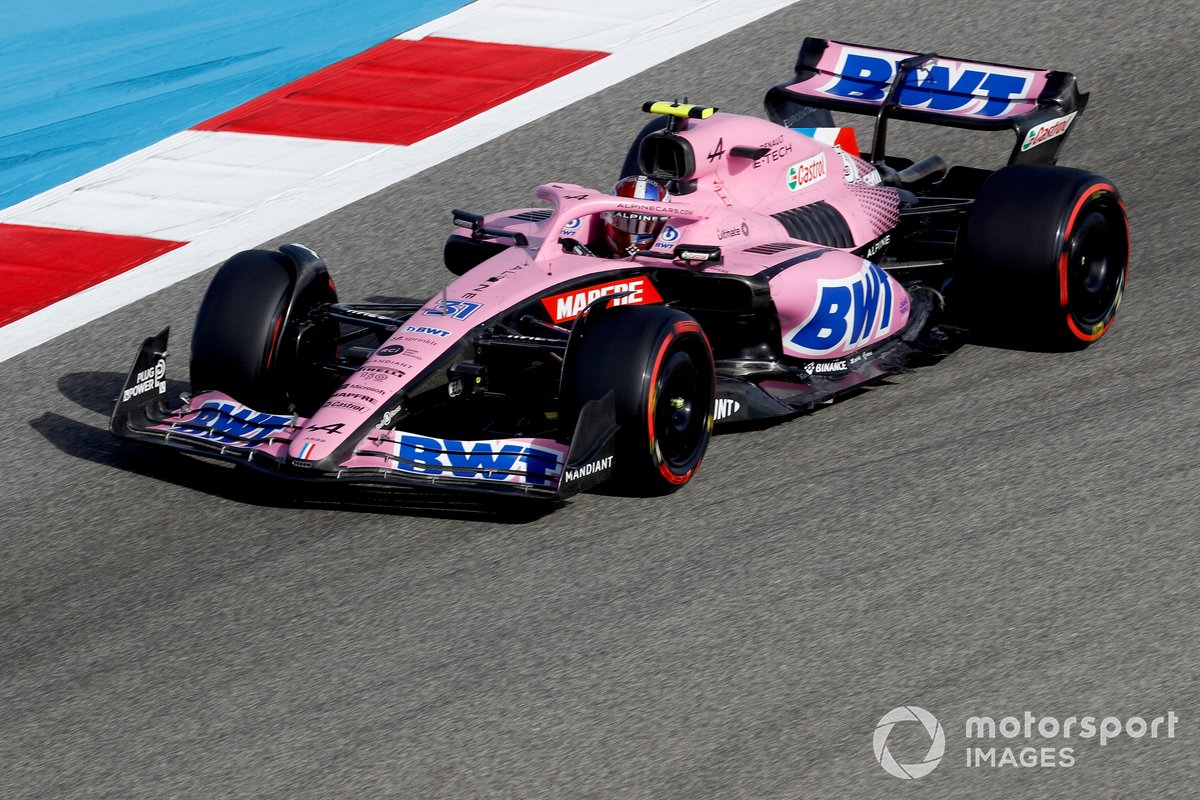 Ocon was put back on to the old sidepod design for the rest of Friday practice, but Alpine is working on flying out another of the new sidepods for the Frenchman to run later in the weekend.

"We're looking to get another pod out here," Szafnauer said.

While losing the sidepod in Friday practice was not ideal, Szafnauer said it was one of the risks that comes from being aggressive with developments and only running them for the first time on race weekends.

"Because the cars are so new, the developments will come thick and thin up and down the pitlane," he said.

"People will be bringing developments all the time and I learned a long time ago in this game that unless you run stuff in testing, if you put it on for the first time in a situation like this, things can go wrong.

"That could have gone wrong in testing. No one would have noticed, you would have done an out lap, asked what's going on, we fix it, you come here and you don't notice.

"But when you're adding performance at the racetrack without testing, then some of these things can slip through the net."