Szafnauer says that the Frenchman's only weakness is that he can take too long to find the limits at the start of the race weekend.

Aston Martin announced last week that it had signed Alonso for 2023, and it's not yet clear who will replace him at the Enstone outfit.

The team had hoped to slot reserve driver Oscar Piastri into the seat, and announced him last Wednesday. However, the Australian is understood to have signed a contract with McLaren and quickly took to social media to deny that he would be racing for Alpine next year.

While Alpine is still pursuing its claim on Piastri, with the matter expected to go to the Contract Recognition Board, the team management is now considering other drivers.

The list includes former Renault driver Nico Hulkenberg, but many of the candidates have less experience than Ocon, potentially leaving him as de facto team leader next year. 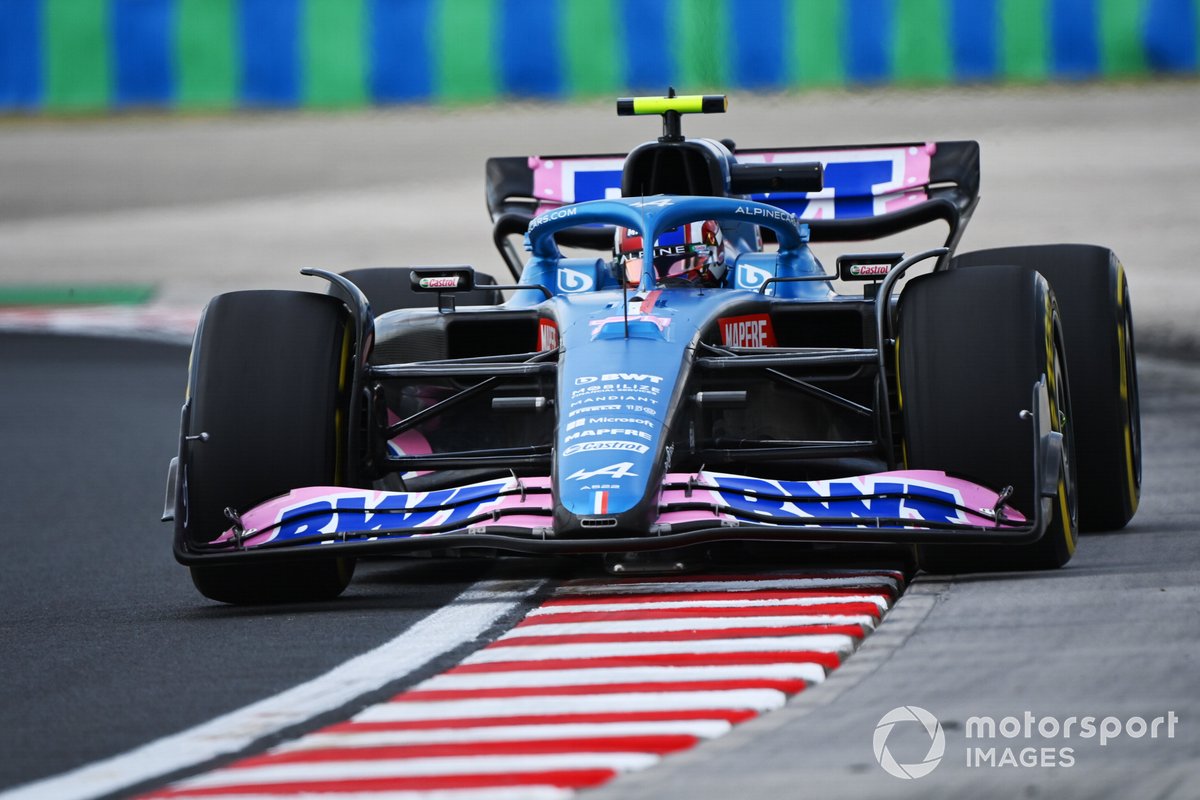 Szafnauer says that Ocon proved his worth alongside Sergio Perez at Force India/Racing Point in 2017 and 2018.

"Esteban is a super talent," he noted. "I worked with him at Force India and those were the days of Sergio Perez as his teammate.

"And he was as quick as Sergio and raced Sergio hard, and if you remember those days, they were always together on the grid. And sometimes they even came together in the races! And we see what Sergio is capable of.

"With Fernando too, although Fernando's got the skill and the talent to get a lap out of the car very quickly. He needs three or four laps and he's at 99%, or 99.9%, and that extra 0.1% comes with a few laps more, if you know what I mean, whereas Esteban takes a little bit more time to get the maximum out of the car.

"But ultimately, on Saturday, and then Sunday, he's there. So he needs to learn a little bit to get there a bit faster. But we're working with him on that.

"And thereafter, can he lead the team? For sure he's getting better and better. He's got a race win under his belt. He's scored good points for us this year. And he'll learn more by the time we get to next year."