Alpine is to bring a new rear wing to Formula 1’s Spanish Grand Prix as part of its upgrade push to help Fernando Alonso and Esteban Ocon.

The French car manufacturer has shown some encouraging pace throughout the start of the 2022 F1 campaign, but a run of reliability problems and bad luck has hurt its points-scoring opportunities.

The team is confident, however, that it has a package that can allow it to regularly fight at the front end of the midfield pack.

With a lot of squads bringing developments for Spain, Alpine team principal Otmar Szafnauer has revealed that the most notable upgrade for its A522 will be at the back of the car.

“We’ve got a new rear wing coming for Spain,” he said. “It should be more efficient than the last time we ran there and it should be a little bit more performant, so we will have that for both cars.”

Alpine has been quite innovative with its rear wing concept so far this season, with it returning in Miami to a design it first put to good use at the Saudi Arabian Grand Prix.

In fact, its novel design solution might garner attention from some of its rivals given it reverses a design trend that has been used for many years. 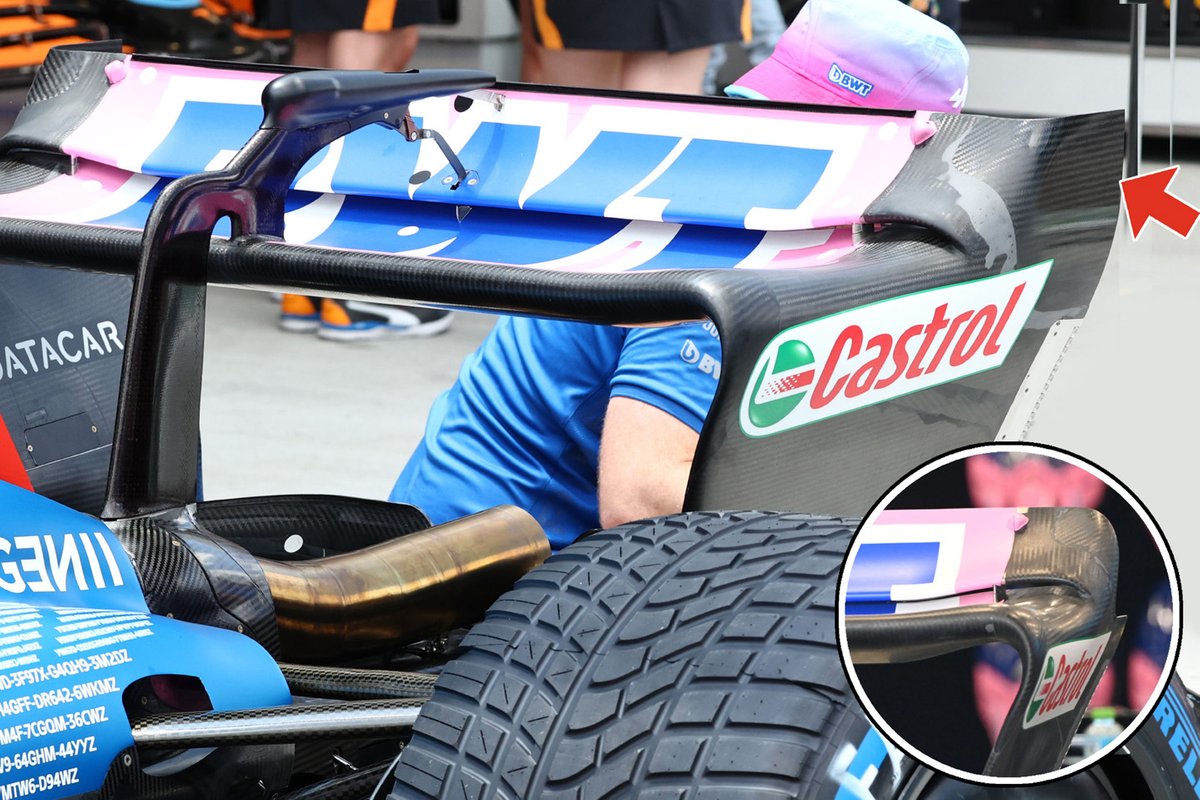 The wing features a section of bodywork that has been patched into the upper rear corner of the endplate (red arrow).

Ordinarily teams use a cut-out here to disrupt the vortex that’s generated as the pressure gradients collide at the endplate and flap juncture.

However, conventional wisdom can perhaps be set aside when we consider the role that the new rolled endplate juncture design has on the designer’s choices, given the vortex will be altered by it.

There must also be some consideration made about how this also affects DRS when it’s deployed, with the split in the flap now further inboard than the designers had become accustomed to.

As well as straight aerodynamic improvements, Alpine is also pushing hard to reduce weight – with a majority of teams struggling on this front in 2022.

Alpine sporting director Alan Permane said the team had made good gains on this front with changes introduced at Imola, but it was not finished on this front yet.

“We've taken a bit, but there's still more to come,” he said. “We've got some good steps in that area coming. We are still a little bit on the high side weight wise.

“I don't think quite as bad as some others, but we're certainly not as good as some others. I hear some cars are under or absolutely on the weight limit. We are a little bit over, but we've made improvements steadily from the first race and are chipping away at it.”

Honda to be title sponsor of F1’s Japanese Grand Prix