Alpine will unveil its new A521 Formula 1 car next month after teasing its new look at Renault press conference on Thursday morning. 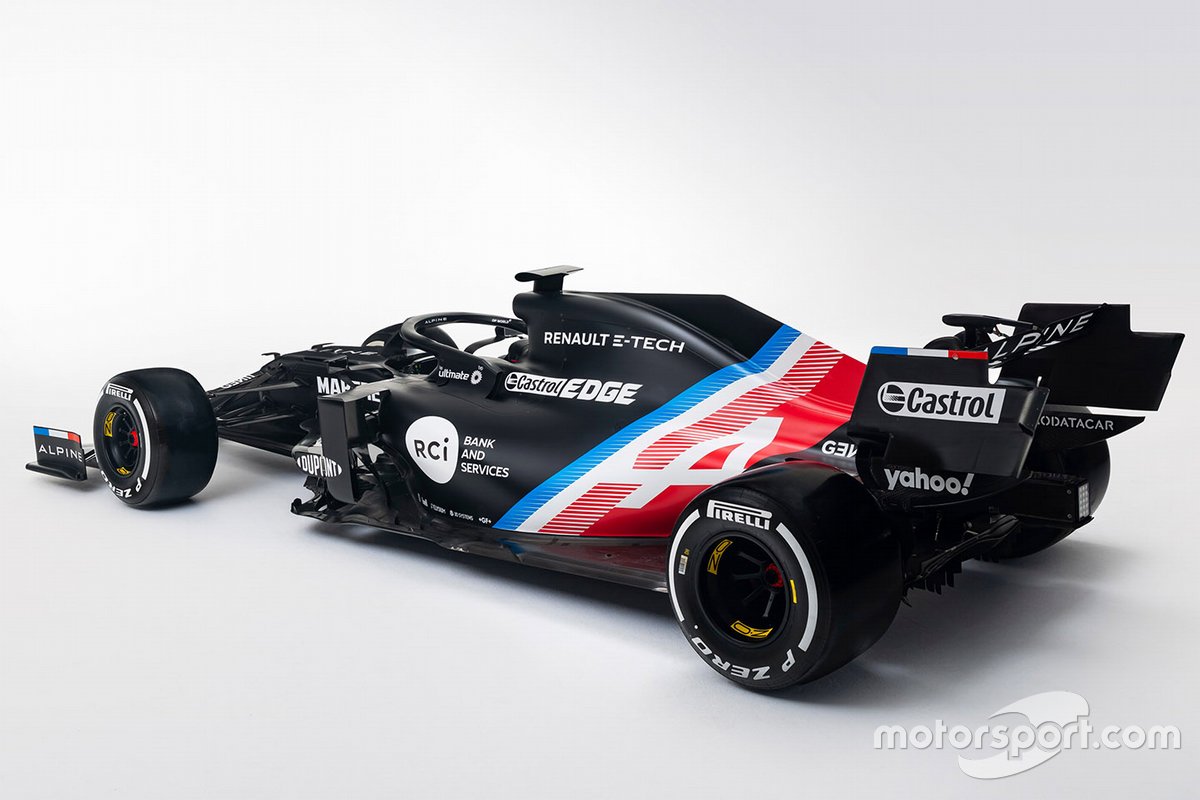 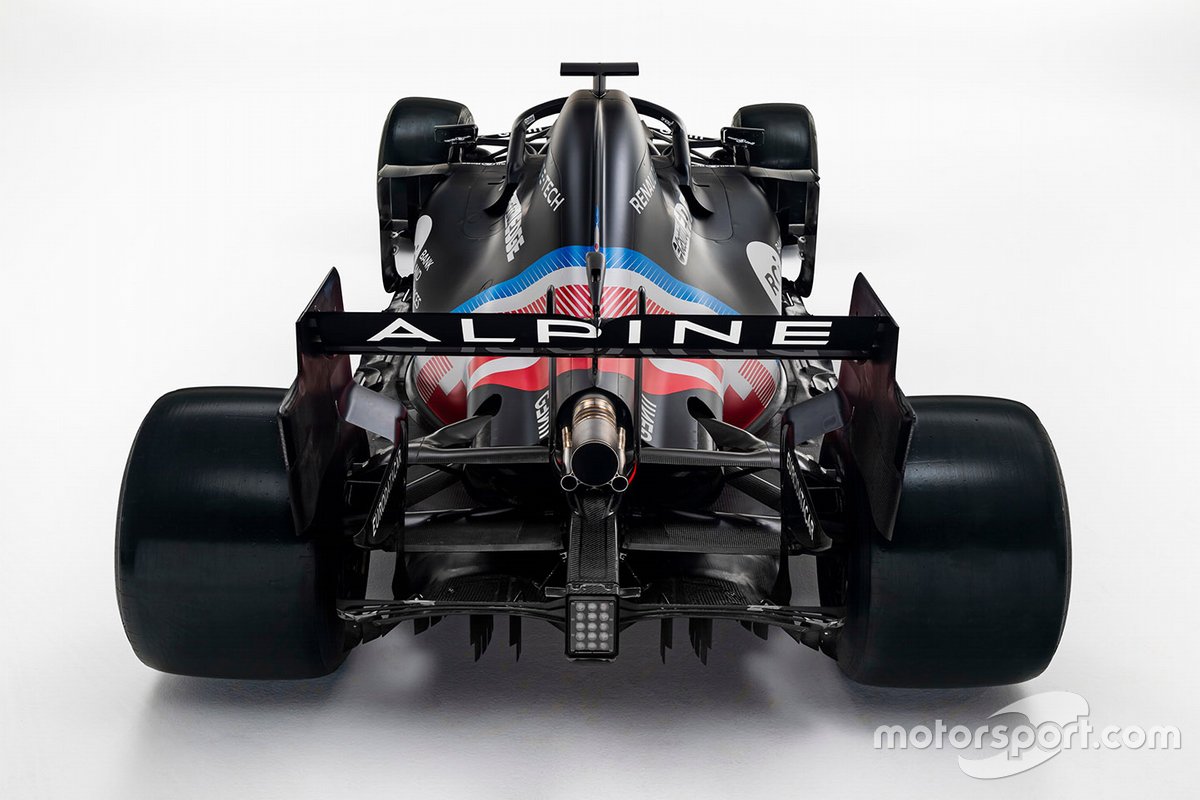 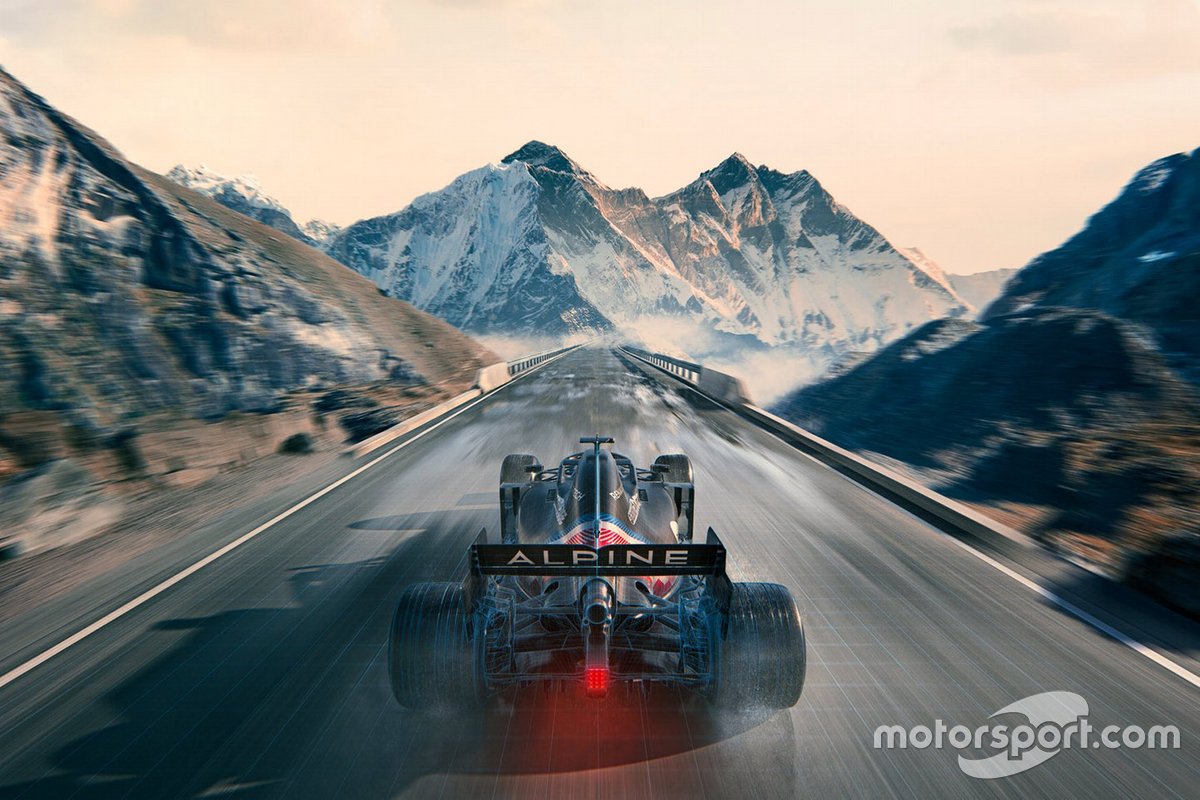 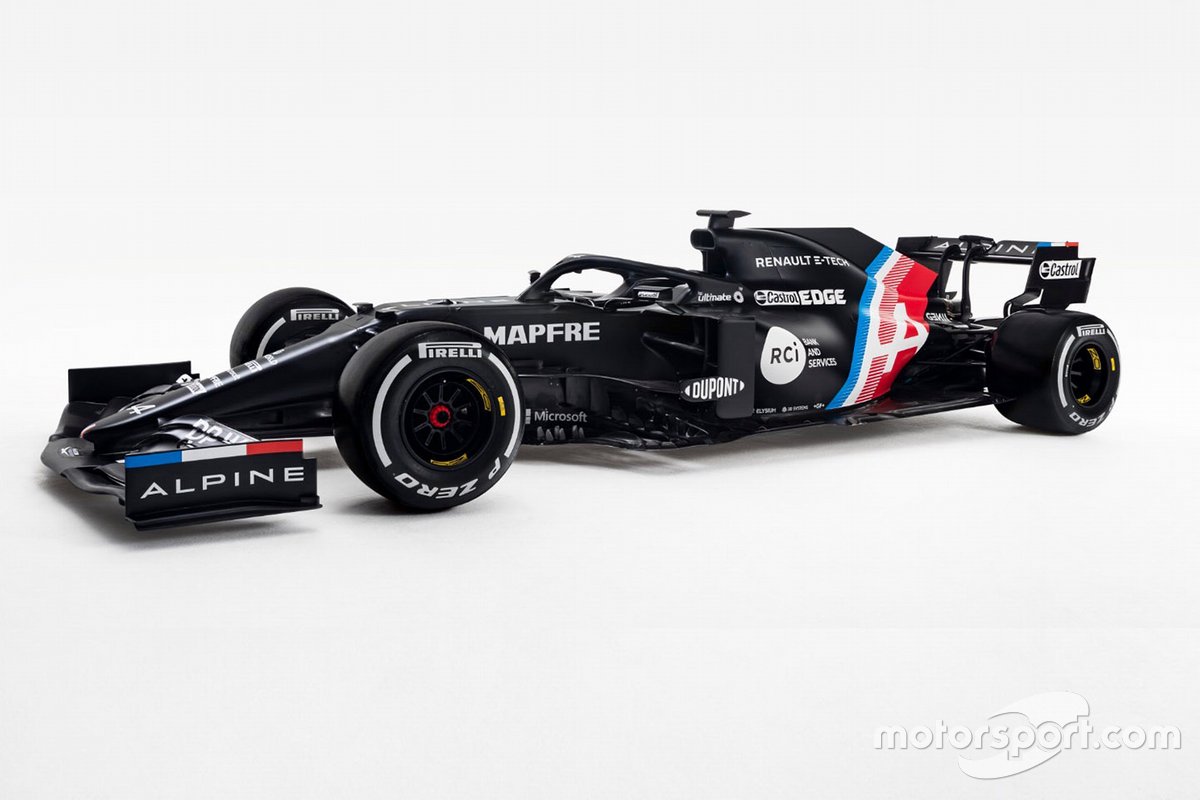 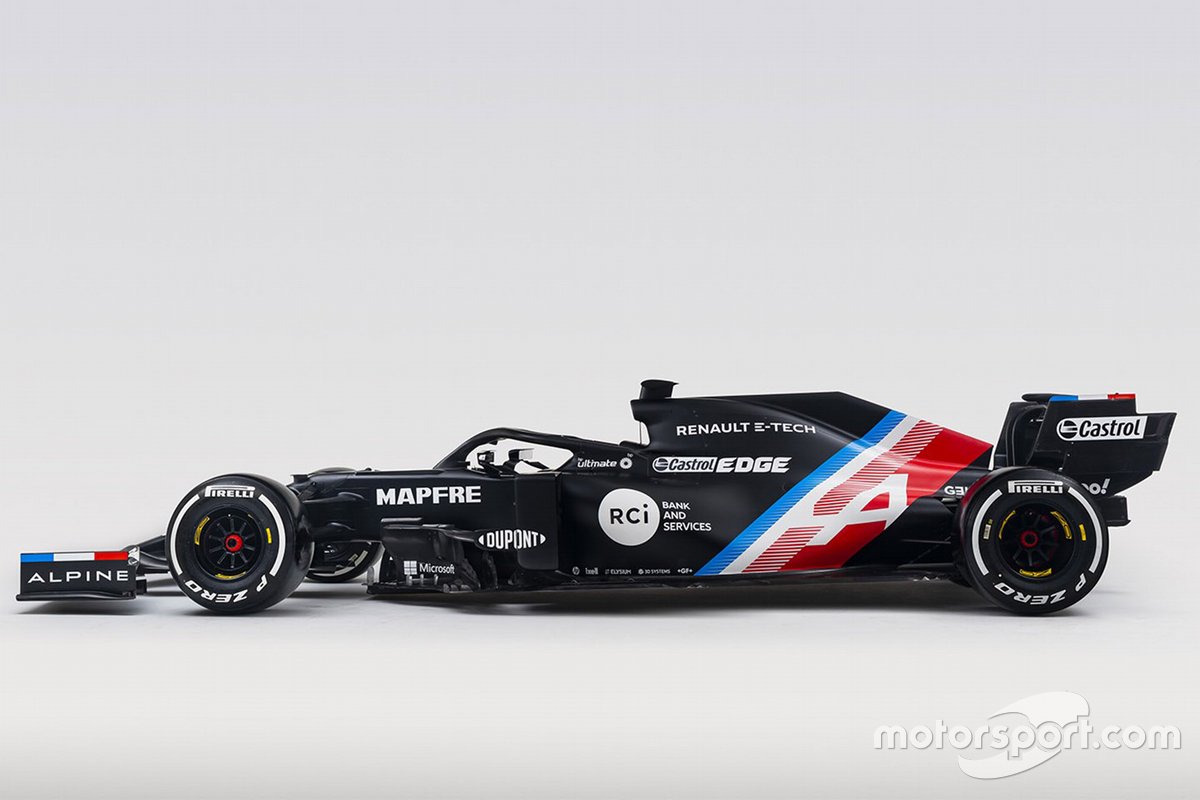 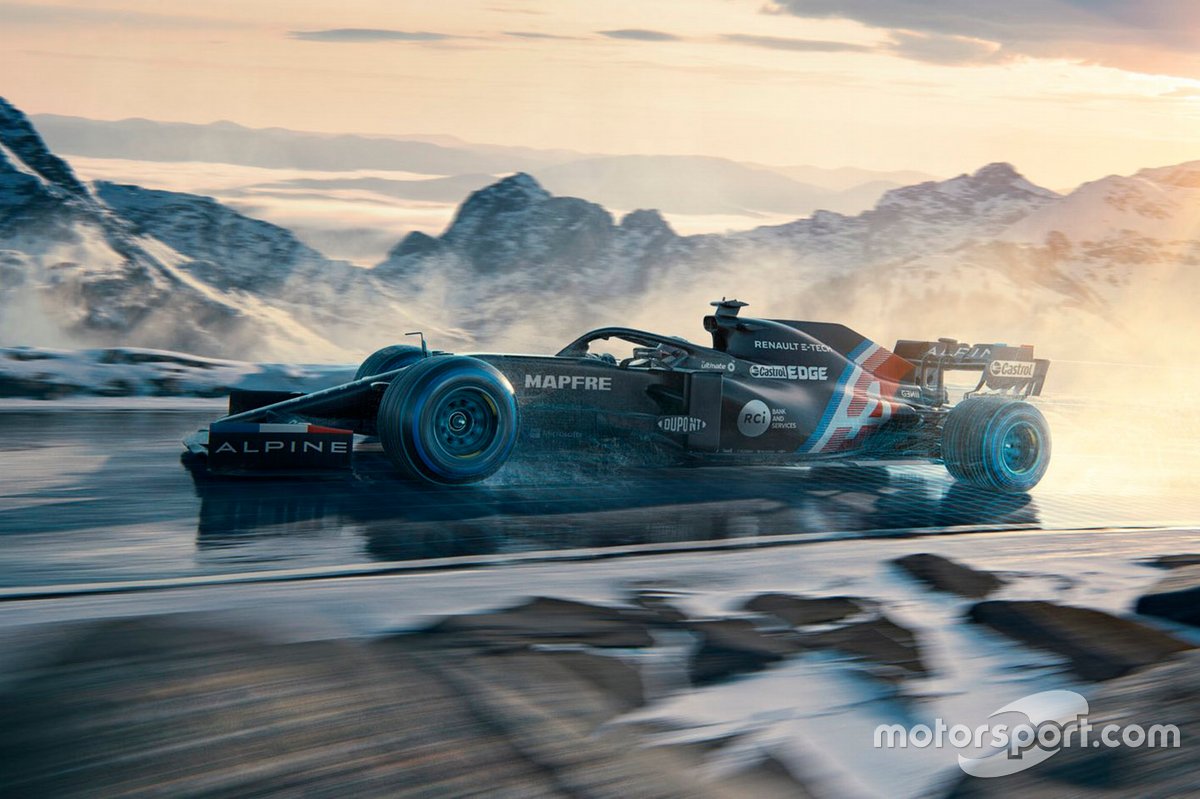 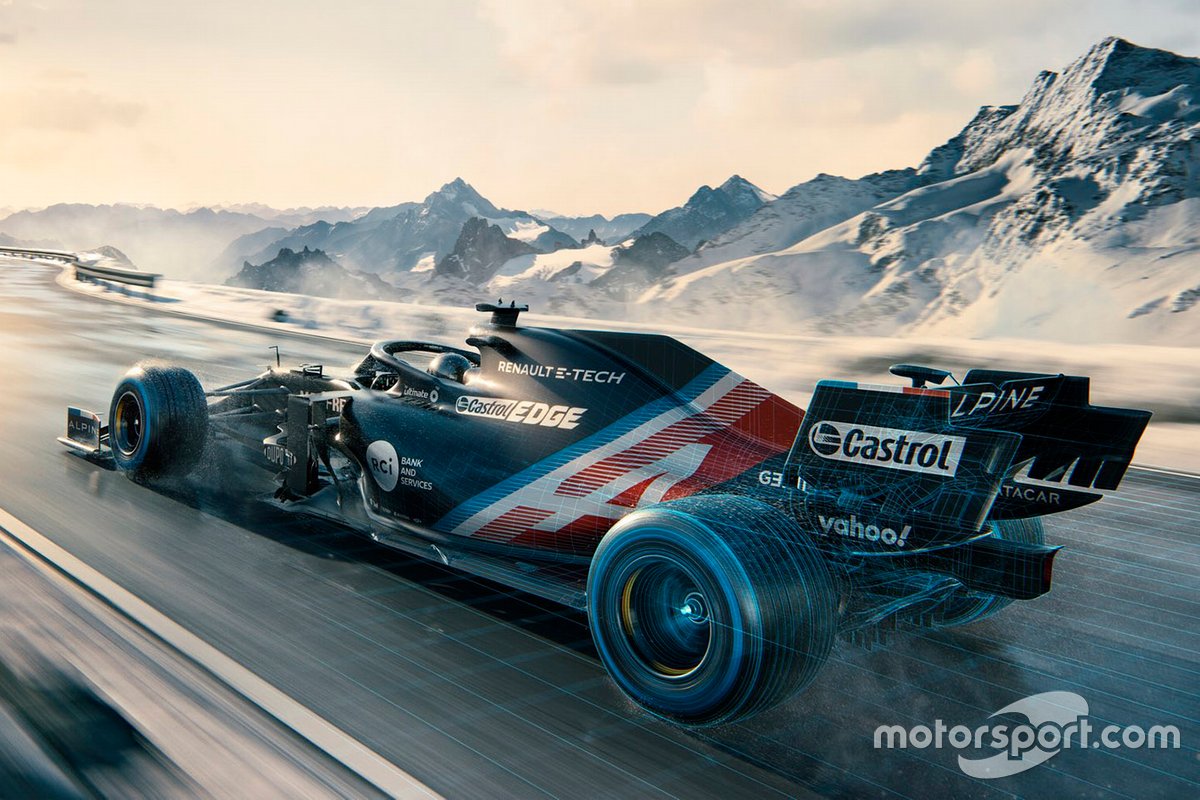 Renault announced last September that it would be rebranding its works F1 squad under the Alpine name for 2021 as part of a reorganisation of its various brands.

In a press conference outlining its new strategic approach - called the 'Renaulution' - plans to bring together the various Renault Sport activities under the Alpine brand were explained, including the rebranding of the F1 team.

As part of the launch, a teaser of the 2021 livery was shown via an interim livery, featuring a black base with red, white and blue colours adorning the rear of the car and the trim of the front and rear wings.

The black colour is a tribute to the A500 F1 prototype from 1975, according to the team, which called the design a "temporary winter livery".

The interim livery will be in place until the full launch of the new car - the name of which was revealed to be the Alpine A521 - at an event next month with drivers Fernando Alonso and Esteban Ocon.

"Some of the structural graphic elements will remain on the racing livery while others will change. The 'oversized' Alpine emblem in a tricolour graphics system is the first clear-cut symbol of the brand's identity in motorsport.

"The blue, white and red refer to the colours of the French and British flags, which is very important to us. Numerous variations on all the motorsport assets are still to come."

Plans are in place for a new fully-electric sportscar to be designed in collaboration with Lotus, with both parties set to "conduct a comprehensive feasibility study for the joint engineering, design and development of an EV sportscar by leveraging the resources, expertise and facilities of the respective entities in both France and the UK."

Alpine's future road car product plan is also fully-electric, and is set to make use of technology and learnings from its F1 squad moving forward.

The strategic goal also targeted the Alpine brand being profitable across all activities, including F1, by 2025, with this bid set to be aided by the new F1 budget cap in place for this year.

"The craftsmanship from our plant in Dieppe, the engineering mastery from our Formula One and Renault Sport teams will shine through our tech-infused, 100% electric line-up, taking the beautiful Alpine name to the future.

"We'll be on the tracks and on the roads, authentic and high-tech, disruptive and passionate."

Rossi recently took up the role heading up Alpine following the departure of ex-Renault F1 team principal Cyril Abiteboul as part of an ongoing reshuffle at the squad.

Current executive director Marcin Budkowski is expected to become the new team boss at Enstone, with ex-Suzuki MotoGP chief Davide Brivio anticipated to take up the position of CEO of the F1 squad.