Alpine Formula 1 boss Otmar Szafnauer remains confident that the team will retain a good relationship with Fernando Alonso, despite the Spaniard's decision to join Aston Martin.

Alonso's switch was announced on the Monday after the Hungarian GP while Alpine still believed it was in negotiations to extend his contract.

Szafnauer first learned about the move from the Aston Martin press release, rather than from the driver himself.

However, despite the obvious tensions that such a scenario could create, Szafnauer insists that the two parties will continue to work together efficiently.

"I have absolutely no worries about the rest of the season," he said. "Our goals are pretty clear. We want to finish at least fourth in the constructors' championship. I think third is a step too far.

"Fernando realises that too. He's a professional. He's a competitor. Once he puts that helmet on, you know as well as I do, he wants to do the best he can, if not win.

"And there is nothing else that goes through his mind when he's in the racing car apart from finishing as high as he can in that race, and in the championship. 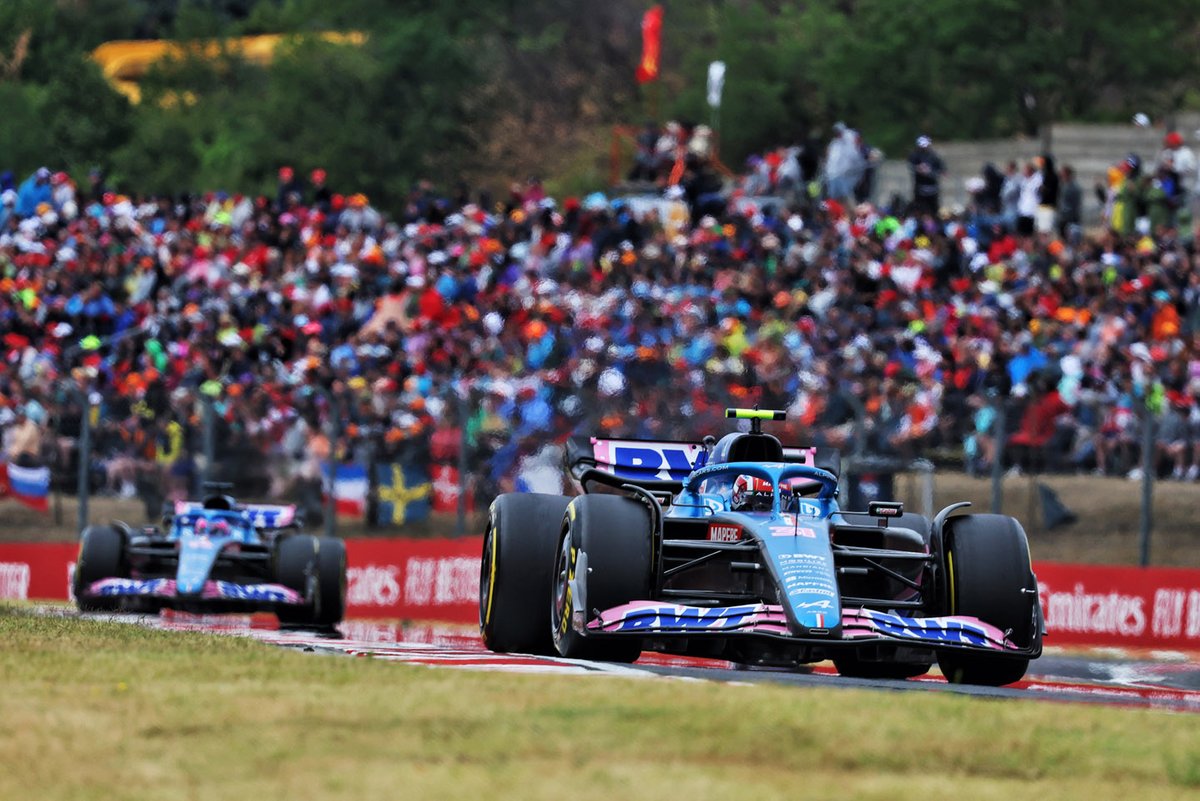 Szafnauer insists that the A522 can become even more competitive as the season goes on.

"I do want to do absolutely the best we can. And especially this year, our upgrades are still coming very fast. We'll have another upgrade in Spa, and will continue to upgrade the car until the end of the year. And Fernando understands that too.

"And he will work hard as will Esteban [Ocon] to maximise the performance of the team. I have no doubt about that."

Asked how Alonso will fare at Aston Martin – working for Lawrence Stroll and as team mate to the team owner's son Lance – Szafnauer said it was too early to predict.

"He's a great, great driver, among the best I've worked with," he said. "He still is competing at a very high level. He's still fast, and in tricky conditions, which really show the driver's skill, he is even better. And we saw that this year. If that continues for another three years, great for Aston and Fernando.

"I don't know when that will wane, but from a working relationship, I don't know, I can't predict because there are so many factors that you have to take into consideration to be able to predict how that's going to play out. But let's see what happens."