AlphaTauri Formula 1 technical chief Jody Egginton felt disappointed that the team failed to beat Ferrari in 2020, believing it had a faster car. 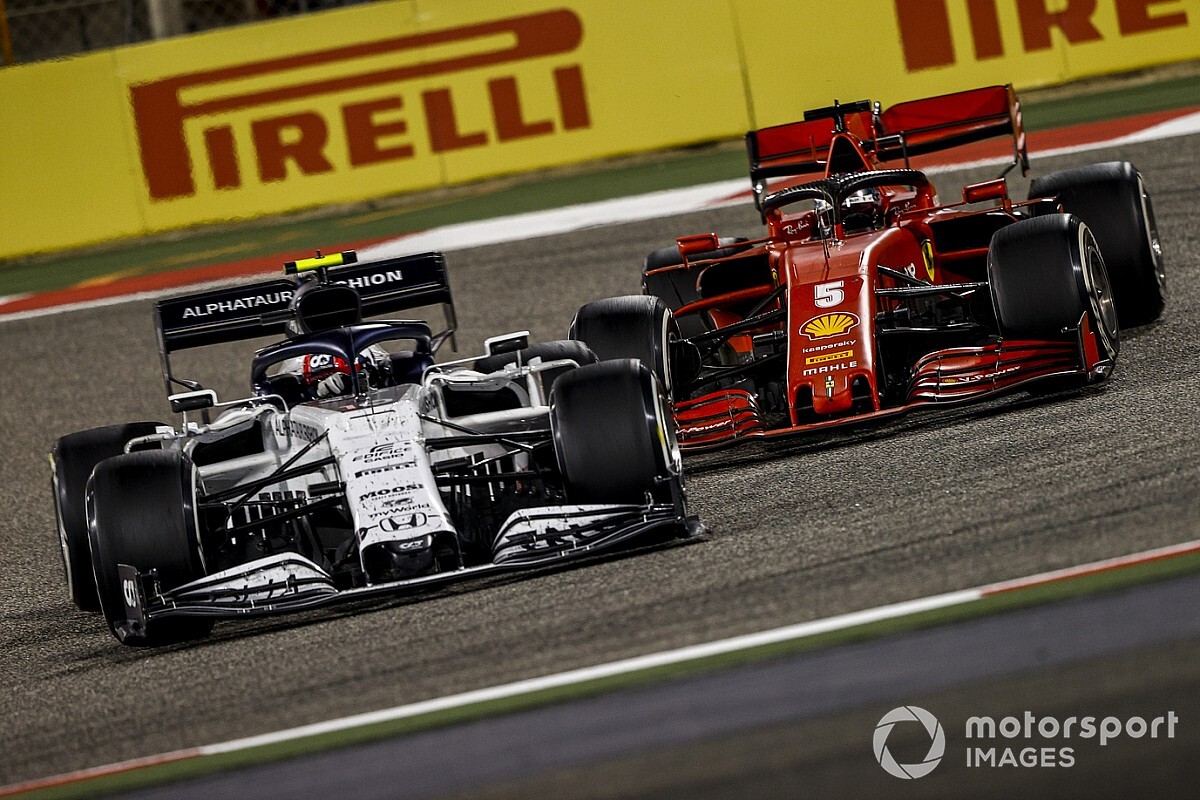 In the first season since its rebrand from Toro Rosso, AlphaTauri picked up a record number of points for the team, surpassing the 100-point mark for the first time in its history.

The highlight for the team was Pierre Gasly's shock victory in the Italian Grand Prix at Monza, marking the outfit's second-ever win some 12 years after Sebastian Vettel's success at the same race.

Gasly was able to produce a string of other impressive displays, regularly featuring in the points, while teammate Daniil Kvyat also chipped in with seven top-10 finishes, including fourth place at Imola.

But the team was unable to match its sixth-place finish in the constructors' championship from the previous year, falling 24 points shy of Ferrari in the final standings.

AlphaTauri technical director Egginton said that while he was pleased the team had met its design targets with the AT01 car, there was a feeling it missed an opportunity to beat Ferrari.

"Ultimately we felt we should have been sixth in the championship," Egginton told Motorsport.com.

"We think the car was good enough for it, but we didn't deliver on that, if I'm brutally honest. There's a lot of things that we have stepped up with, but unfortunately we've not nailed that feat.

"On the flip side, the car was very competitive. We scored points at an awful lot of races. When we didn't score points, we've been very clear why we didn't score the points. We understand our car.

"But the fact of the matter is our performance at Imola, when we had a reliability issue, and Portugal and Turkey, where we probably didn't get it together as good as we could have done, it cost us.

"We scored more points than we've ever scored out of less races, and Pierre did a fantastic job. All the other metrics that we track as a team, we're heading in the right direction.

One of the main points of praise for the AT01 car was its wide operating window, acting as a forgiving car that avoided any massive drops in performances depending on the circuit or track conditions.

Egginton agreed that the design of the car had helped bring out the best in Gasly, who flourished in his first full season back at Faenza after being dropped by Red Bull midway through the 2019 season.

"We've tried to increase the operating window that the car works in to make it easier for the driver," Egginton explained.

"[Gasly's] responded to that. It's also fair to say he was with us, he went to Red Bull, had his Red Bull experience, came back, and he got straight down to work. That's a credit to him. It's also a credit to the environment in the team.

"I can't comment on the situation he went through at Red Bull, but he turned up with us and he's got down to work. I think everyone appreciates that. He gives 110%, and you can't really ask for more than that really."