Fernando Alonso says his Alpine Formula 1 car suffered a "full blackout" on the grid for the Austrian Grand Prix's sprint, which he failed to start.

As the grid was vacated before the start, Alonso's car was left on the grid on its jacks with the tyre blankets still attached, as the team was frantically trying to solve a technical issue on the car.

But as the grid was led around for another formation lap due to Zhou Guanyu's engine shut-off, buying Alpine more time, Alonso didn't manage to start from the pitlane because his car failed to fire up.

A frustrated Alonso explained his car went into a full shutdown on the grid, the underlying reason for which is yet to be diagnosed.

"Five minutes before the start we had full blackout in the car and we could not switch on the car," Alonso said when asked about the issue by Motorsport.com.

"We tried to fire up with an external battery, but it didn't work either, so there is something bigger going on there and let's try to fix it for tomorrow.

"Because they weren't lining up in the starting grid, we tried to be ready, but it didn't work with the second battery either so as I said, there is something bigger going on."

Alonso will start Sunday's main race from the back row and feared his "weekend is over" now due to how hard it appeared to pass in the sprint.

"Yeah, it's over. Weekend over in general, because as we saw here, there are trains of cars and you cannot pass.

"It's going to be frustrating with the DRS trains and things like that. So we will try to be creative with the strategy and try to get lucky maybe with safety cars or something.

"So let's see, but I think it's going to be a very, very long race behind many cars." 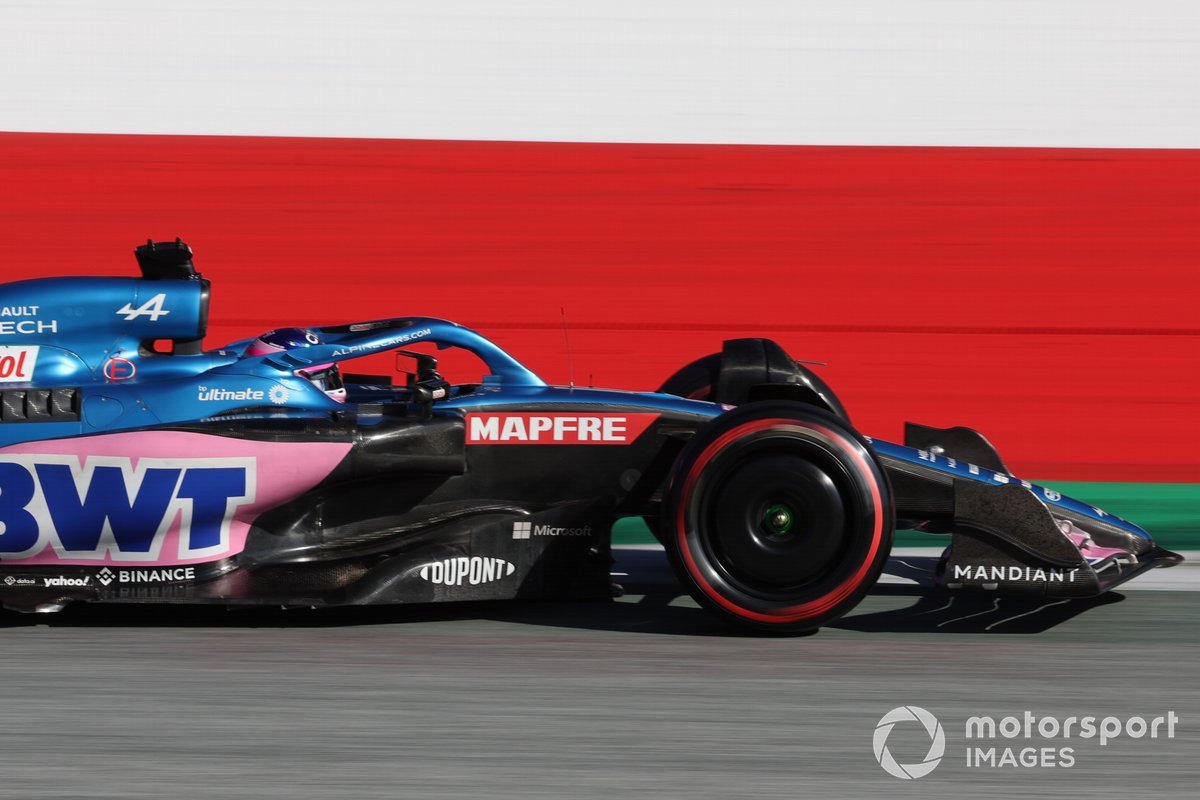 It's the latest setback for the Spaniard after a spate of retirements earlier in the season, with the 40-year-old adamant he has been driving at his best level in 10 years.

After scoring a season-best fifth place in Silverstone, Alonso is currently 10th in the standings with 28 points, 14 behind teammate Esteban Ocon.

"This year, I feel probably at my highest level driving wise, thanks to the experience as well, maybe at the level of 2012 and I have 20 points or something like that, so it's unbelievable.

"Maybe we lost 70 points, I guess 60 points if we count all the retirements and bad luck and reliability so it is a very strange season.

"Even though as I said I'm very proud of my own job so far this year I'm driving at my best and then trying to work with a team as close as I can.

"If we don't get the points because all these reasons obviously it's very frustrating but I would be more sad if it was my own mistakes."

Vettel summoned by stewards over behaviour in F1 drivers' meeting

Grove Racing's Supercars rookie Matt Payne will race with the number #19 for the 2023 Supercars season.

Haas Formula 1 boss Gunther Steiner will release his first book called “Surviving to Drive” in April, taking readers inside the team through the 2022 season.