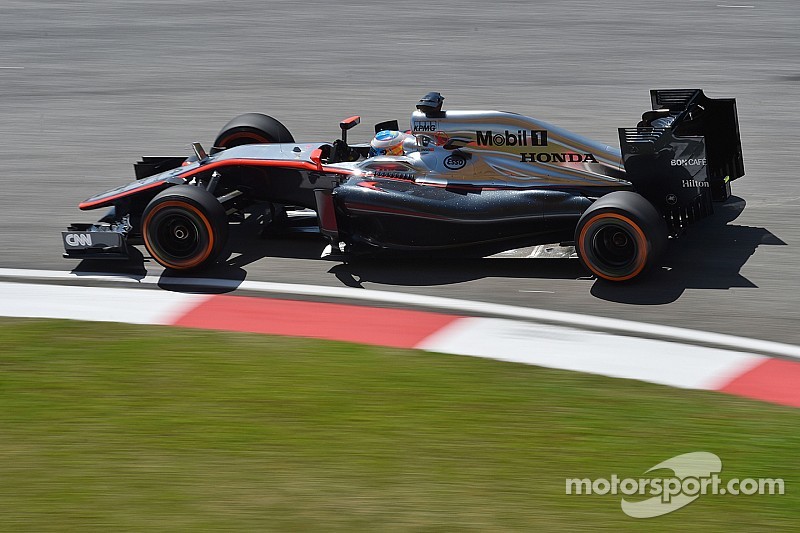 Fernando Alonso has given his most positive message yet about his future at McLaren by shrugging off his Q1 exit in Sepang qualifying.

Alonso will start the Malaysian Grand Prix from 18th, and was outpaced by new teammate Jenson Button in his first qualifying session for McLaren since 2007.

“It was expected, obviously,” he said of the Q1 exit. “It’s not good for us at the moment, going out in Q1, but if we see the facts and numbers it’s much better than it was in Australia in terms of pace, so we are making very big progress.

“If we can improve 1.5s every two weeks, in three or four races we will be on pole, so we’ll see,” he quipped. “It’s very challenging for us at the moment, the development rate is very steep, we are far behind.

“Every race we will improve, we will learn things, and tomorrow is the first time I’ll do a formation lap, a start, a pitstop."

Alonso confirmed that he believes he’s made the right move away from Ferrari to join McLaren for its new Honda era.

“When I saw a Mercedes win by half a minute in Australia, I was clear that to beat them you need to do something different,” he said. “You need to risk, somehow, because if you copy you will always be behind.

“This team is so talented, it’s a very exciting challenge. We will grow up together, so that when we score points or arrive on the podium, we will look at each other and say this has been an exciting trip.”

Merhi expects Manor to be allowed to race