The circuit underwent significant development ahead of F1’s return, including the creation of banked corners at Turn 1, Turn 3 and Turn 14, posing a new challenge to the F1 grid and putting particular strain on the tyres.

The tight, challenging layout made it difficult for drivers to overtake, with the top five drivers all finishing in the position that they qualified in.

Alpine driver Alonso - who made it through to sixth place from ninth on the grid - felt that unknowns with tyres after teams failed to complete significant long runs in practice due to red flags made drivers more cautious in pushing to overtake.

“Probably we need to review the race and what we can do better for next year,” Alonso said. “Tyres were maybe unknown, that was the biggest thing.

“We didn’t know what to expect, we never raced here, and we didn’t do enough laps on Friday, so we were just managing the tyres until a point when you could make it [to the end] and then you push a little bit more.

“That’s probably a big factor to having a more boring race.” 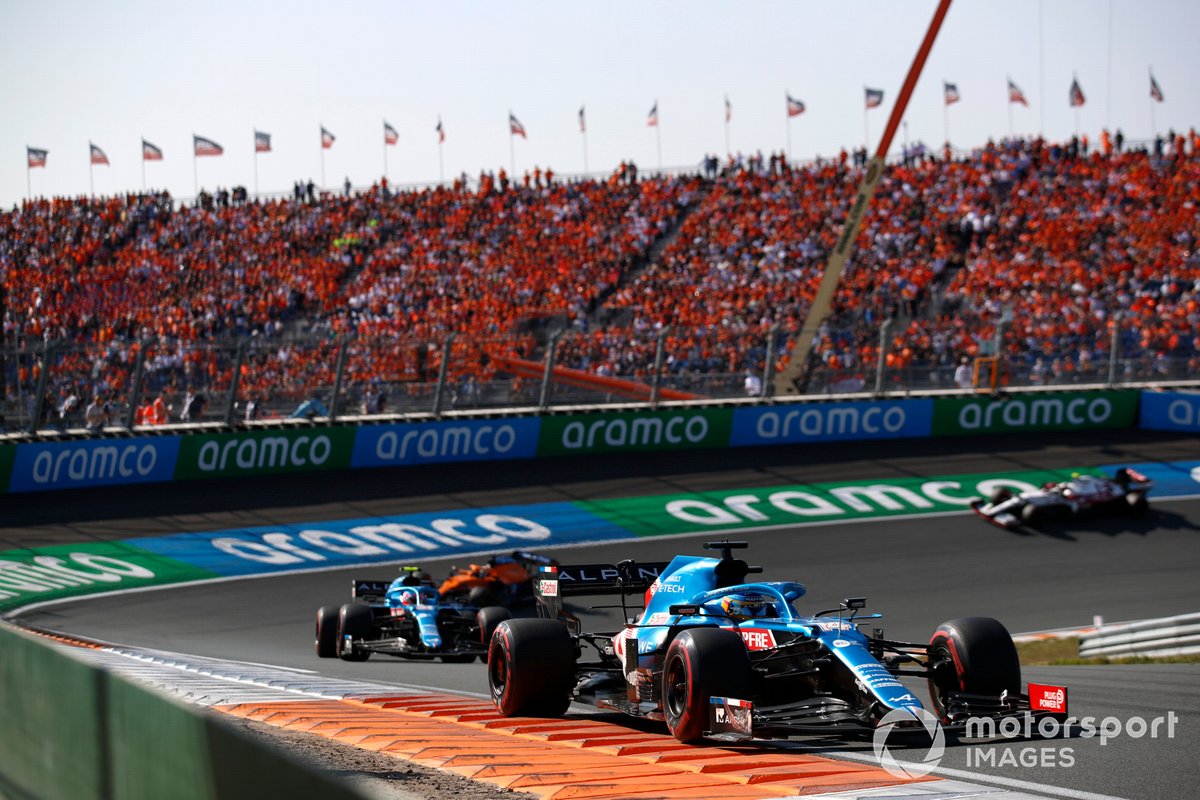 But Alonso felt F1 could take the positives from its return to Zandvoort, noting there were similar struggles to overtake at more established F1 tracks where teams had years of tyre data to analyse and lean on.

“When we go to Barcelona or Singapore or Hungary or Interlagos, we don’t have those problems, and they are as bad as this one in terms of overtaking manoeuvres,” Alonso said. “So I think it was a good weekend and we have to be positive, in my opinion, about Zandvoort because it provided a good weekend of action and an amazing atmosphere.

“[There were] not many overtakes, but the same as some other circuits.”

Alonso was heard in the opening stint telling his team over the radio that he had been saving his tyres and could pick up the pace, after teammate Esteban Ocon noted he was “extremely slow” early on.

Alonso went on to pass Carlos Sainz for sixth place on the final lap, but revealed the team had been constantly updating its strategy plans due to the unknowns with the tyres.

“We were in the unknown completely into the tyre degradation, we had no experience from the past and not enough laps on Friday,” Alonso said.

“Every five laps we were updating the strategy and the target lap and stops, so that was a bigger driver contribution than any other race, which is more of less dictated by the computer or the simulation.”