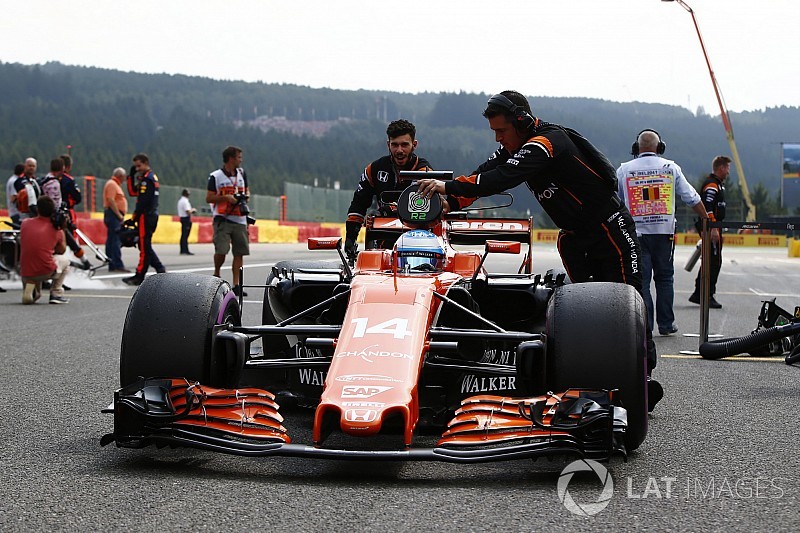 The Japanese manufacturer has updated the internal combustion engine in a bid to boost power, with only Alonso receiving the new unit.

It plans to run 'spec 3.7' in first practice only before switching back to an older spec unit for the remainder of the weekend.

Honda wants to use the session to test performance but than save mileage for the next race at Singapore as it is a track where it feels a strong result is possible.

By fitting the engine for one session at Monza, it enables the outfit to take the penalties for this race, where it expects to struggle, rather than Singapore.

To ensure Honda has enough time to change the engine before second practice, there is a chance Alonso will end FP1 earlier than normal.

Force India duo encouraged to race each other "responsibly"