Alonso: "Strange feeling" as Alpine F1 talks stalled for a couple of months

Fernando Alonso says there was “always a strange feeling” in his Formula 1 contract talks with Alpine for 2023 before Aston Martin’s approach made him feel more wanted.

Less than four days after Sebastian Vettel announced his plan to retire from F1 at the end of the season, Aston Martin revealed it had signed two-time F1 world champion Alonso as his replacement on a multi-year deal from 2023.

It came as a shock to Alpine, who had expected to retain Alonso for next year, and blew the driver market wide open with repercussions for a number of other teams. Alpine now finds itself in a contract dispute with McLaren over Oscar Piastri, who it intends to field next year alongside Esteban Ocon.

Alonso spoke publicly for the first time about the move on Thursday at Spa, revealing he was contacted by Aston Martin shortly after Vettel's retirement plan was announced. The contract was signed on the Monday after the race before the team "decided to announce quite quickly before any leak."

Alonso reiterated that his intention was to stay at Alpine prior to Aston Martin's approach, but that talks were "not moving forward for a couple of months already."

"It was a logical move to me because Aston was very willing to have me and trust on my abilities on the track and off track as well to develop the project," Alonso said.

"In my case also, it felt that after all the negotiations and the months, having the seat available for a younger driver and talented driver like Oscar, it was the right thing to do and a win-win situation it seems for everybody." 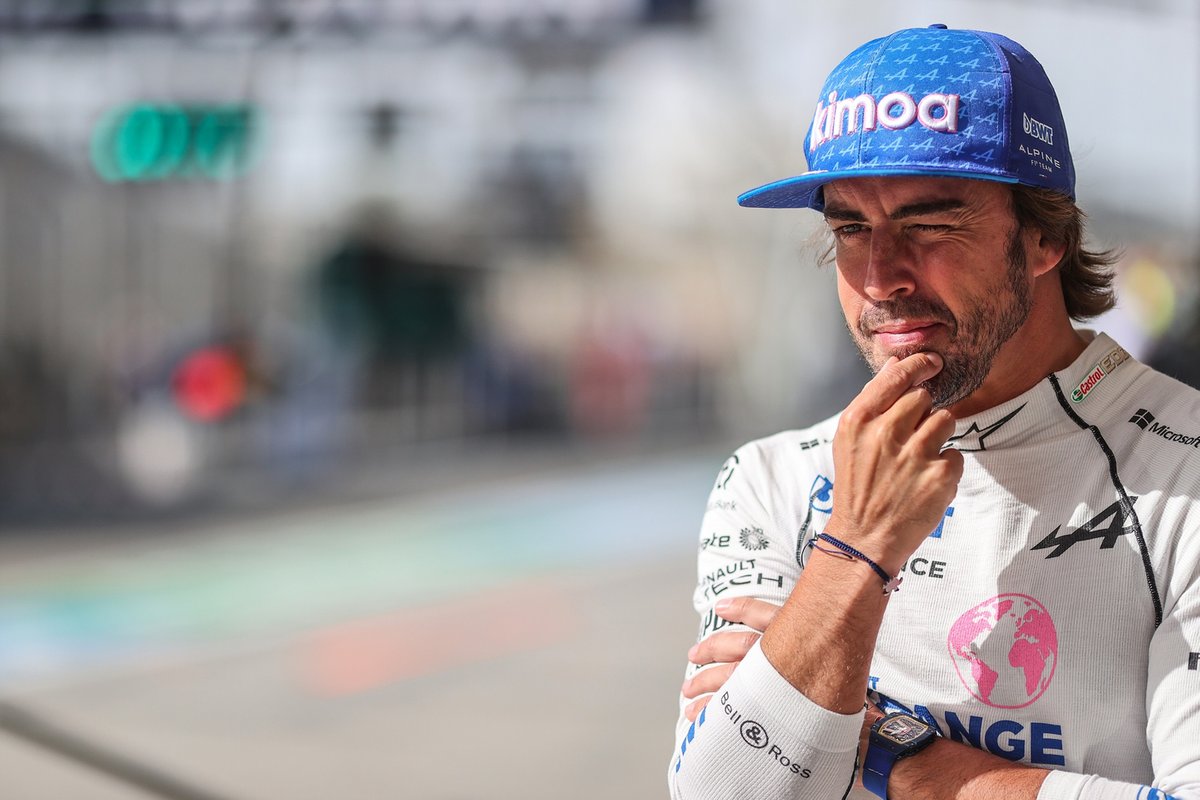 One of Alpine's reservations in negotiations with Alonso was offering him a long-term contract, preferring a deal that had yearly options.

Alonso added it was not only the length of the contract that was a sticking point in talks, saying it was "also the trust that you feel, and how you feel wanted in a place - if it was just a temporary thing, or if it's just facts and a time they are happy with."

"It was always a strange feeling," Alonso said. "I felt that it was the right decision to move to Aston, because they seemed to really want me and appreciated my performances over the past two years."

Alpine team principal Otmar Szafnauer revealed after Alonso's exit was announced that he only found out the Spaniard would be leaving when the press release was issued by Aston Martin.

Alonso admitted that Szafnauer "probably didn't know anything" but said he did tell everyone who had been involved in talks that he was leaving prior to the announcement.

"I informed [Alpine CEO] Laurent Rossi, president Luca de Meo, my mechanics and my engineers before any announcement," Alonso said.

Tsunoda: AlphaTauri F1 future depends on "things in the background"