Alonso says 'there is life after Ferrari' 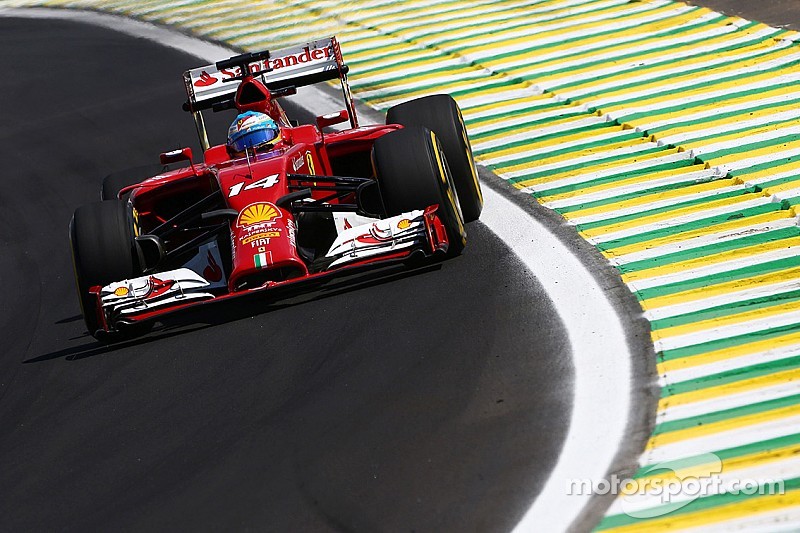 The 2015 grid is starting to shape up, and it looks like Alonso could be heading to McLaren.

Nov.8 (GMM) Fernando Alonso remains the big player as the F1 driver 'silly season' reaches its climax for another year.

Further down the grid, the field of 2015 is now beginning to shape up. Lotus is set to keep Romain Grosjean, and Jean-Eric Vergne is getting one more year at Toro Rosso.

At Force India, a minor spat is taking place over some details of Sergio Perez's contract, with the Mexican saying he wants "a couple of changes" for 2015.

Team owner Vijay Mallya, however, is sticking to their prior agreement.

"I have a two year contract with Sergio Perez," he told reporters in Brazil. "We had an option that was signed as part of his original contract, we have exercised the option."

Where will he go?

Spaniard Alonso, surely splitting from Ferrari, is the big domino now teetering on the brink of falling over. When he does, it will almost certainly end veteran Jenson Button's long F1 career.

Nonetheless, the long impasse persists for now, with Alonso facing off against Ferrari over who terminated what, and who will either receive or forfeit millions in severance.

Until it is settled, Sebastian Vettel's 2015 deal to replace him in red cannot even be mentioned.

"Be patient," Red Bull's outgoing world champion said at Interlagos. "One thing is for sure -- I will not be spending my time at the beach next year."

Even Alonso, although treading very carefully whilst under contract to Ferrari and not even ruling out staying, is now hinting openly that his days with the Maranello team are numbered.

"Look at my former teammate Felipe Massa," he is quoted by Spanish publications as having said at a Santander event late on Friday in Brazil.

"He (Massa) spent years at Ferrari but this year (with Williams) was on the podium and pole position. So there is life after Ferrari," Alonso declared.

It is an open secret that Alonso is deep in negotiations about joining McLaren-Honda for 2015. Spain's AS daily claims he has agreed the "largest contract in the history of Formula One".

The newspaper is referring to money, not contract length. Indeed, it is the details of the two-year deal that are now the subject of intricate talks.

Germany's Auto Motor und Sport reports from Brazil that one sticking point has been Ron Dennis' alleged insecurity at Woking as a shareholder alongside Mansour Ojjeh and the Bahrainis.

Schmidt said that, because of the uncertainty, Alonso wants to sign his contract not with McLaren but with its new works engine supplier Honda.

But team boss Eric Boullier insists the negotiations are being handled by McLaren.

"The official competitor on the FIA entry list is McLaren, so McLaren is the contracting party for the drivers -- nobody else," he told British television Sky.