Alonso says Monaco GP "the most boring F1 race ever" 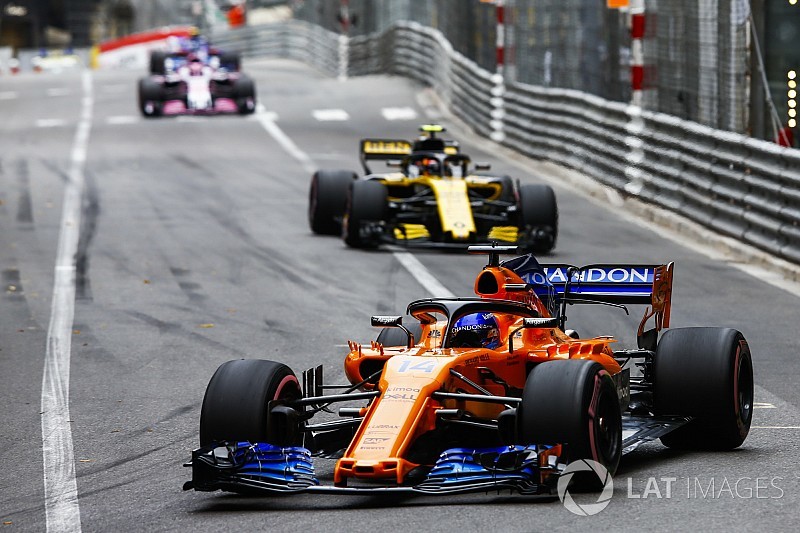 Two-time world champion Fernando Alonso says the Monaco Grand Prix was "probably the most boring race ever in Formula 1".

No safety cars for the first time since 2009 meant the Monte Carlo event was mostly a processional race, with Daniel Ricciardo winning from pole despite having a car that was 25% down on power.

World champion Lewis Hamilton said after the race that the event "wasn't really racing", and Alonso - who missed last year's Monaco GP while competing in the Indy 500 - said he was underwhelmed by how the current cars felt around the principality.

When asked for his impressions of the new cars in Monaco, Alonso replied: "Extremely boring. I mean, this is probably the most boring race ever.

"Without a safety car, without yellow flags, I think the sport needs to think a little bit about the show because this is very disappointing.

"Probably the most boring race ever in Formula 1.

"So I think we probably need to give something to the fans at the end of the race just to pay the ticket back a little."

The McLaren driver reckons the circuit, and not the cars - wider and with more downforce this year - was to blame for the lack of action during the race.

"I think it's just Monaco, it's the way it is. I think it was quite boring without a safety car or anything.

"We just start in our qualy position and we run until the chequered flag in that position," said Alonso, who retired with a gearbox problem while running in seventh position.

Ferrari driver Kimi Raikkonen agreed that the race had not been exciting, having started and finished in the same position - fourth - after one pitstop.

"Qualifying dictates most things here. Not a lot happened," the Finn said. "The start is the next deciding part and everyone was driving behind each other. Whoever was driving in front dictates the speed.

"There needs to be quite a massive mistake to get past. We ended up driving 70-odd laps just around, finishing the race. Not the most exciting, that's for sure."