Alonso says he will see out McLaren F1 contract 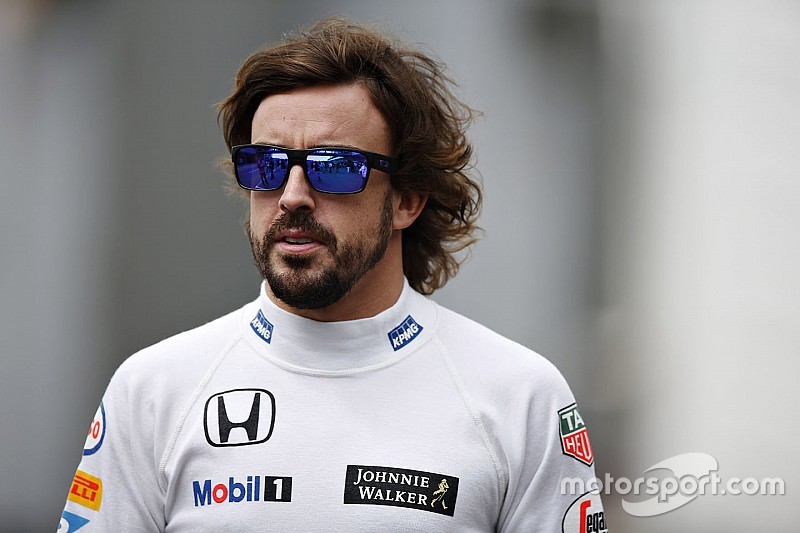 Fernando Alonso says there are no doubts he will see out his Formula 1 contract at McLaren, as he dismissed talk that his radio messages in Japan had upset Honda.

The Spaniard has been the subject of speculation about his future for the past fortnight, and some cryptic remarks after the Japanese Grand Prix prompted talk he could be pondering retirement from F1.

But ahead of the Russian Grand Prix, Alonso clarified that there was no question of him seeing out his McLaren contract.

"Yes, of course," he said, when asked to confirm he would be driving for McLaren next year. "And 2017 yes…"

Alonso was also adamant that some controversial remarks he made over the team radio during the Japanese Grand Prix had not stirred up fresh friction with Honda.

The Spaniard was heard to compare his Honda power-unit to GP2 and said its straight line performance was "embarrassing" for him as he slid down the order.

But he said his remarks were borne of sheer frustration at what was happening in the race, rather than being aimed at sending a political message to Honda chiefs.

"Obviously we have been all season very positive about the team and the car," he said.

"We face some difficult times, some tough times as a team, and what you talk on the radio should remain private because you are talking to the team.

"When you are in a car and in a race, and you try to give it all and you are fighting lap after lap and you keep losing positions easily on the straight, even before the braking point, you get some frustration out there on the radio.

"But I am happy it was only broadcast in Suzuka because if you hear other races, other radio messages from me or Jenson, you will be even more surprised."

Alonso said that the importance of the Suzuka radio messages was nowhere near that of talks he had with Honda chiefs in the week before the race.

"I think the most important thing of the Suzuka weekend was the Wednesday when I visited Sakura and I saw the engine programme for next year," he said.

"We had very long meetings and we went through all the difficulties that we are facing right now and all the possible solutions we want for next year.

"That was the most important part of the weekend and the messages [from that meeting] were important in the weekend. Those were very, very clear – and more clear than Sunday."

He added: "Sunday was frustrating of racing the competition against others, but we know where we are lacking and where are the problems. The important thing is to go forward and be positive for next year.

"The meetings before Suzuka are the ones for the Honda guys. If [you are] concerned what Honda people thought at Suzuka on Sunday, it was Wednesday that was much more important."