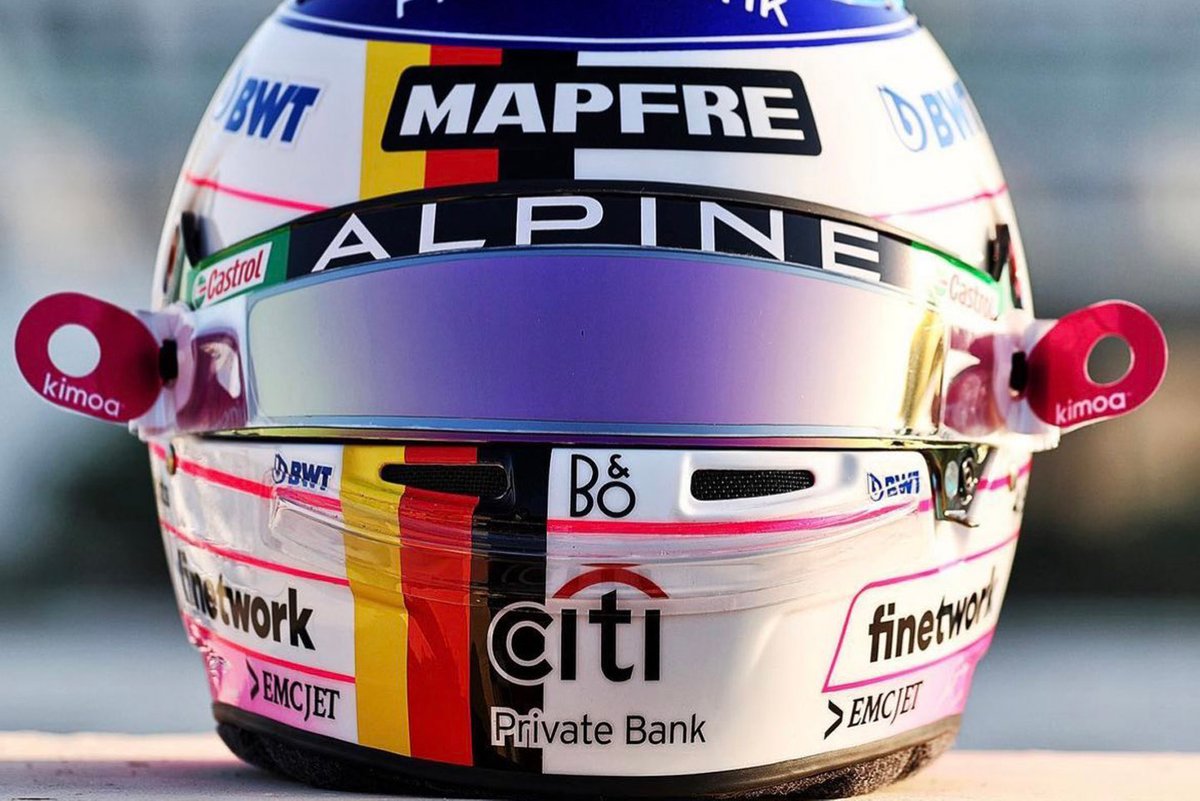 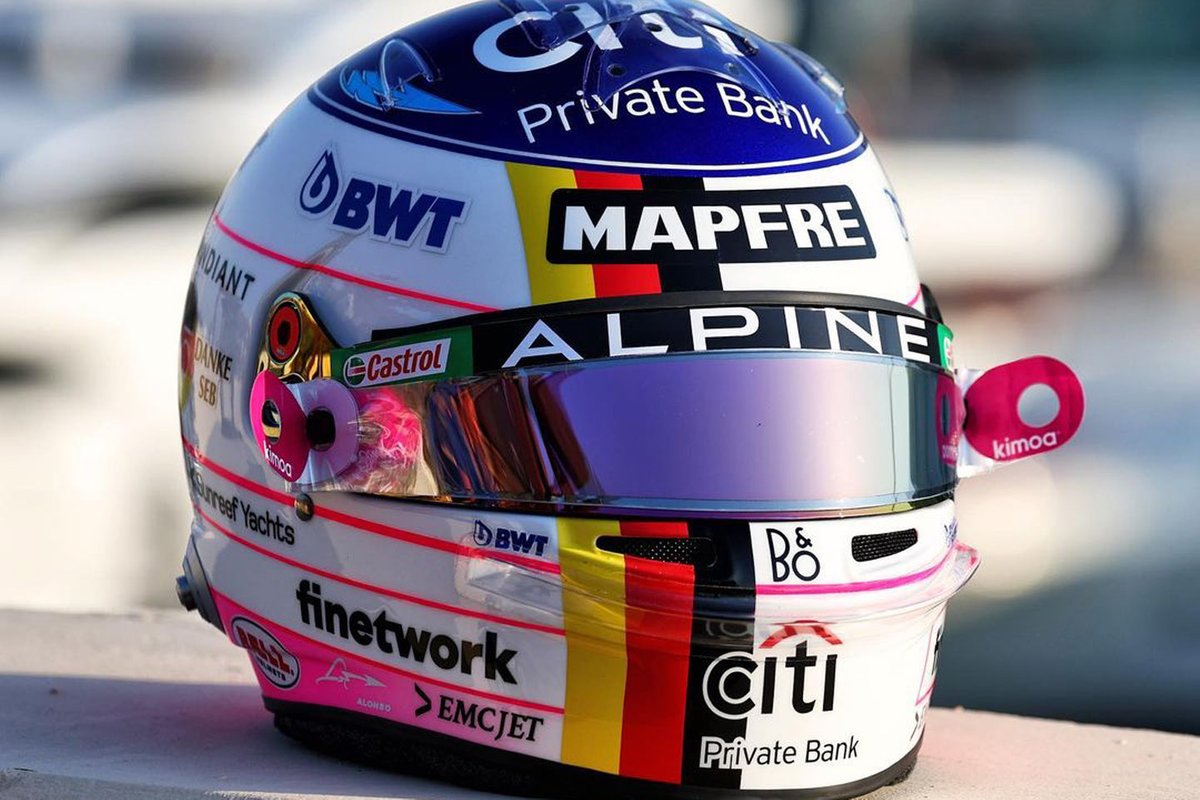 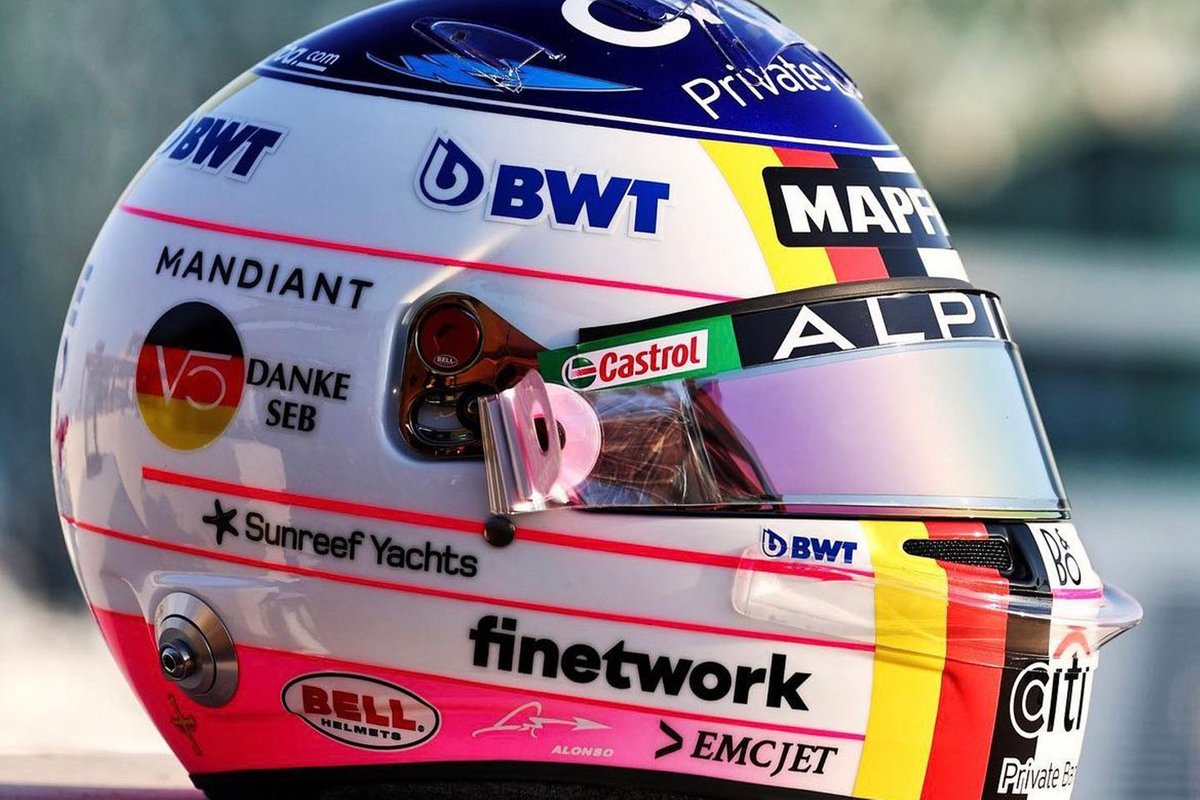 Vettel will retire from F1 after this weekend's race at the Yas Marina Circuit, having announced back in July that he would be calling time on his career.

It brings to an end 15 years in F1 for Vettel that saw him win four world titles, 53 grands prix and establish himself as one of the series' all-time greats.

At the height of his success with Red Bull, Vettel regularly found himself fighting against Alonso and Ferrari, with the duo twice going into a season finale up against each other for the championship. Vettel narrowly defeated Alonso in both 2010 and 2012, leaving the Spaniard on two world titles.

Ahead of Vettel's final F1 race in Abu Dhabi, Alonso revealed his special helmet design for the weekend, featuring the German flag stripe that Vettel has raced with since 2015 and a message reading "Danke Seb" on either side.

"Danke Seb," wrote Alonso on Instagram when revealing the helmet design. "One last time sharing the track with you, It will be emotional and sad at the same time, but I wish you all the best for your next chapter."

Alonso and Vettel were sat together in the FIA press conference for the final time on Thursday in Abu Dhabi. Alonso said it was going to be "strange" not having Vettel on the grid next year, but expressed gratitude for their battles over the years. 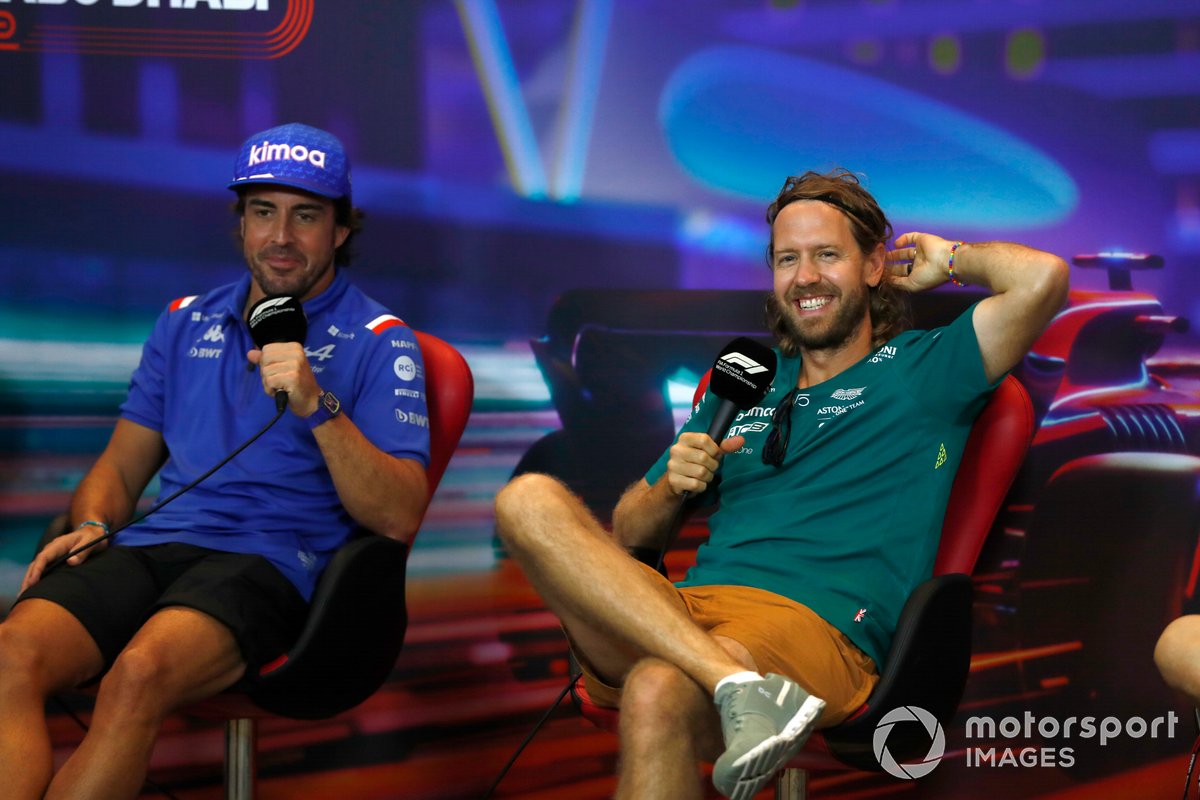 "Sometimes we fought for championships, sometimes for seventh place in Japan to the finish line [this year] and we still obviously always enjoy every single battle and respect each other as much as we could," said Alonso.

"I think my career is going to be linked to Sebastian in a way, because we fought for many things in the best seasons of our lives, probably.

"Even though it was on his side the outcome, always, I think it's going to be very linked."

Vettel spoke about Alonso's on F1's Beyond the Grid podcast that was published earlier this week, picking the outgoing Alpine driver as his toughest competitor.

"We had such close battles at the end of the championships, both in 2010 and 2012 in particular," Vettel said.

"It is still probably one of my favourite moments memories, just the tension coming into 2012 Brazilian Grand Prix, that morning, that build up, for me at least. I don't know for the people who were there were probably more relaxed. But for me it was very intense. Both of us were very nervous.

"I rate Fernando really high as a driver. I think he's got so much natural talent, incredible determination, great racing instincts, and all of that he hasn't lost.

"You can still see he loves his racing. He is very passionate."