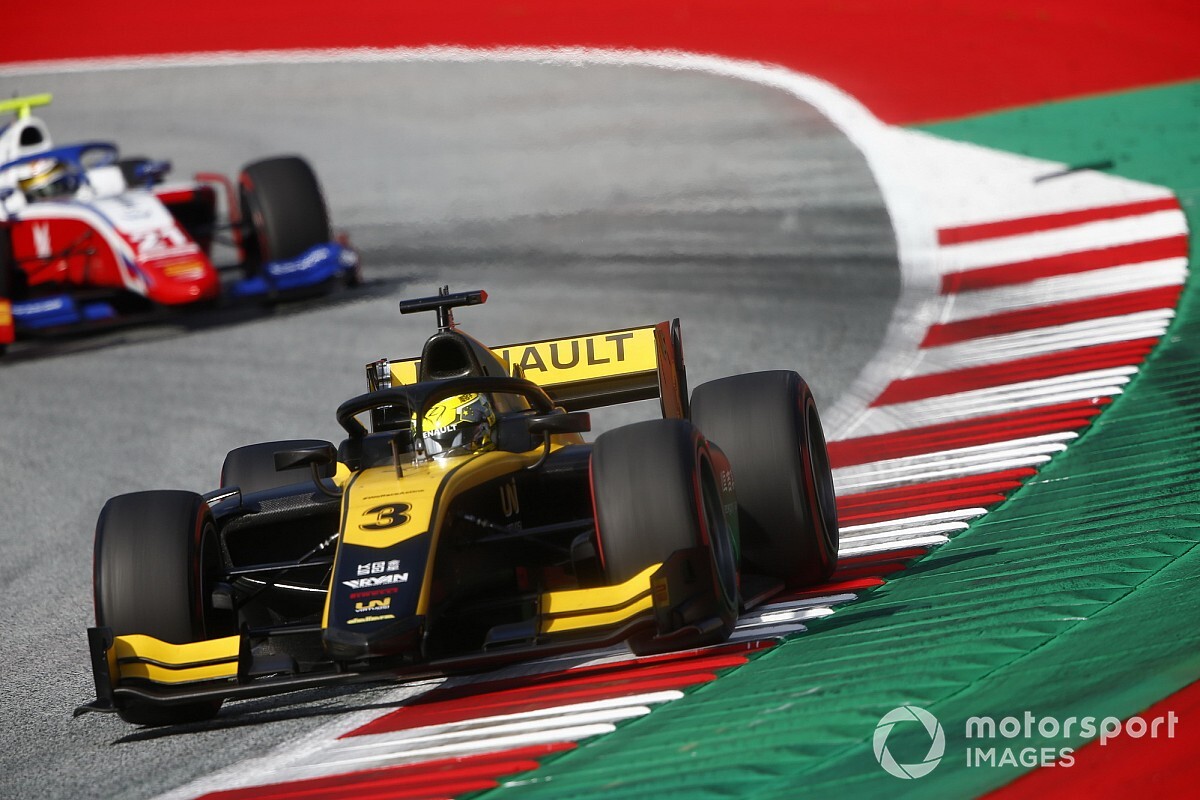 Renault Formula 1 team boss Cyril Abiteboul says the decision to hire Fernando Alonso is not a sign of a “lack of interest or loyalty” in the French manufacturer’s young driver programme.

Renault Sport Academy members Guanyu Zhou and Christian Lundgaard are both racing in F2 this year, and Abiteboul confirmed that the original plan was to potentially promote one of them as early as 2021.

However he insisted that the late start to the season and thus the loss of the opportunity to judge their progress contributed to the decision to go for experience.

Esteban Ocon remains contracted only to the end of 2021, potentially opening up a seat alongside Alonso in 2022.

“It’s a very important question,” said Abiteboul when asked about criticism of the team’s choice. “Because I can already expect that our decision to rejoin with Fernando could be seen as a lack of interest or loyalty towards our own project of the Renault Sport Academy. And it’s not – I want to be extremely clear that it is not.

“The plan indeed of the academy when we formed the academy was to be able to have a driver joining F1 in 2021. And who knows? It may be the case.

“But let’s face it, it’s true that this year this crisis has had many severe impacts, one of which is to delay the season start, and therefore delay our ability to judge the performance of the two eldest from our academy, Guanyu Zhou and Christian Lundgaard.

“Both of them have had an extremely good weekend. Zhou could have won the race, and Christian was P4 in his first race without any winter tests.

Alonso said that is ready to lend his experience to his young teammates – and even suggested that he would be “proud” to see one of them become world champion one day, if he’s not able to achieve the target.

“Obviously I’m aware of the Renault Sport Academy and the importance of it for the group, and I cannot agree more with Cyril,” said Alonso.

“I think the young, talented guys are the future. In my personal experience all the teams that invested in a young driver academy, they have the reward afterwards.

“I will try to help us much as I can with my experience, and in different categories as well, and different driving styles, and whatever it brings, the 2022 rules in terms of driving style, I can hopefully help them.

“I’m aware of my mission not only in the car but also outside the car, what I have to help and bring to Renault, and will try to do my best, and try to help the team become a World Champion team.

“If it’s with me driving, that would be fantastic, if it that will be with a future and younger driver I will feel proud anyway. That’s the mission, and I will work as hard as I can for the team.”