Fernando Alonso's return to the Formula 1 cockpit with Renault could be during a filming day or even a 2018 car, reckons team boss Cyril Abiteboul. 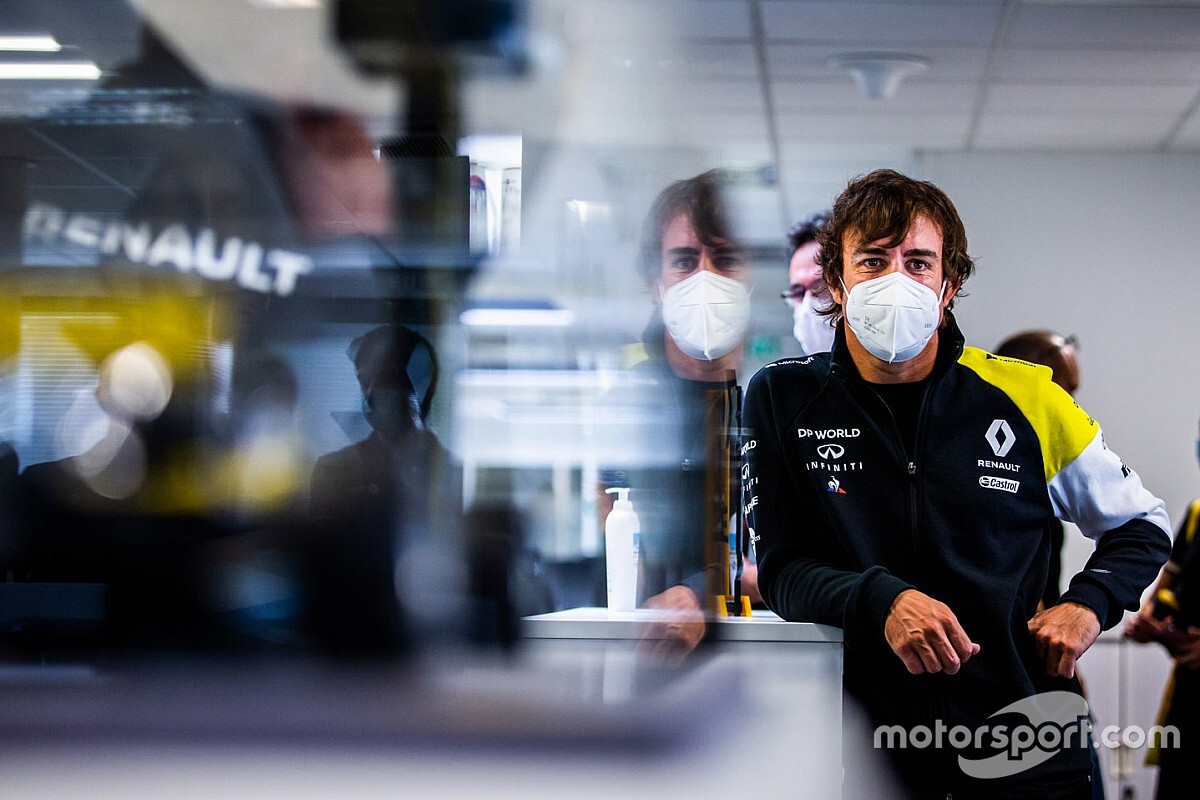 With the Spaniard having expressed an eagerness to get driving again ahead of his racing comeback in 2021, Renault has been evaluating what options it has to test him.

As Motorsport.com revealed last week, discussions are already underway with the FIA regarding whether or not the team can get permission to run Alonso in the post-season Abu Dhabi test.

But while that remains uncertain, Abiteboul thinks the most likely first step would be to get him out in a two-year old car, as restrictions on running 2018 machinery are not so strict.

Speaking ahead of the Russian Grand Prix, Abiteboul said: "One thing I can say is that he's definitely keen on getting back behind the steering wheel, so we will see.

"We are building the programme and there are a couple of opportunities within the restrictions of the sporting regulations.

"There are things like filming days that we've not done so far. There is a post-season test that I have already commented on, and we'll see where we get there.

"We also have a two-year-old car programme that we can run pretty much anywhere. And he'll probably do a bit of that also.

"So you'll see him in action. But I can't say here, where and when exactly yet."

Alonso last week made his first return to Enstone since signing to join Renault for 2021. He had a seat-fitting in the current car and also conducted runs in the simulator.

With Renault having undergone a huge ramp up in investment in recent years since returning as a works team, Abiteboul said the Spaniard was delighted with what he saw in both the UK and its French engine headquarters at Viry-Chatillon.

"I can tell you that he was really impressed by all the changes in Viry," said Abiteboul. "All the new people, the energy, the drive, the determination that there is in Viry, developing a new PU for what is now 2022.

"It's something that is extremely important to us to see Fernando and to see his pride, and his excitement in his eyes. He has also been a witness of all the changes in Enstone.

"But a nice building is not the statement of what's coming. So we just need to work very hard to make sure that he has a car that he wants and also that he deserves."