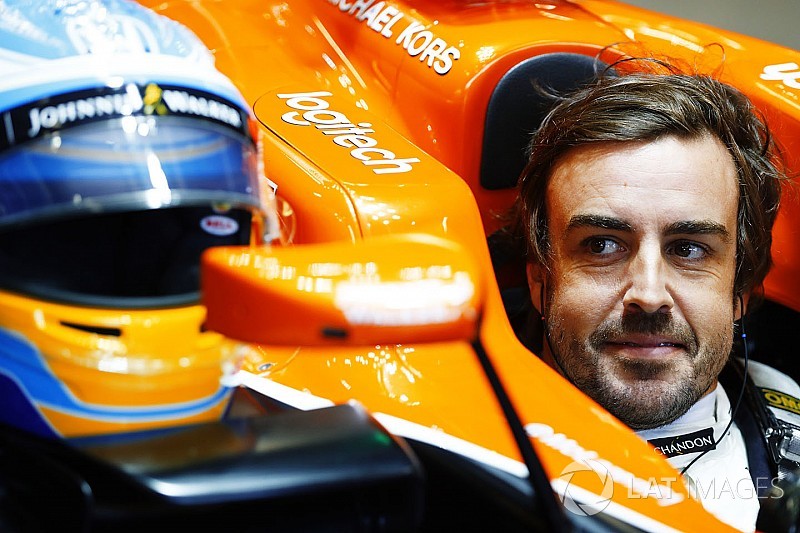 McLaren believes it is "very likely" Fernando Alonso will stay with the team in Formula 1 next year if it switches from Honda to Renault engines.

The team is expected to reach a final decision on its future with Honda this week, with speculation growing that it will switch to Renault power.

Alonso's three-year contract with McLaren expires at the end of this year, and with limited seats available elsewhere on the grid, his future is at the centre of discussion around the driver market.

When asked by Sky Sports what the chances were of McLaren keeping Alonso if it switches to Renault engines, its executive director Zak Brown said: "Very likely, very likely.

"Fernando loves the team, he's as passionate as ever to drive. There's been some reports about [going to] IndyCar and things of that nature – he wants to be in Formula 1."

Brown believes McLaren has a chance of retaining Alonso even if it sticks with Honda for next year.

"He just wants us to be in a competitive situation, and I wouldn't rule him out if things stay status quo," he added.

"With the stuff that we are seeing, that we're going to review further this week, I wouldn't say it's a forgone conclusion if we continue with Honda that he doesn't continue with us.

"We need to get more competitive. This weekend showed we're just really not making any significant progress. How long can you wait before you have upset drivers, upset partners, upset fans?

"Everyone is hanging in there with us but it can't go on forever."

Alonso said after the race that McLaren's engine decision was "not the most important thing" influencing what he will do for next year.

"Many news are coming in the next weeks and hopefully all of them will be useful to me to make a decision," he said.

"I'll keep looking at what options are there for next year, I need to study all of them and make a decision.

"We know what that [Renault] engine could do – Red Bull did five, six consecutive podiums, and we know what Mercedes could do as well with Force India this year, Williams on the first row of the grid [at Monza].

"So we know what are the options, we need to make a decision. We need to concentrate more on next year, not this year's results.

"It's an important week, for McLaren to make some decisions, and hopefully we'll all know something before Singapore so we can comment on it there."