The Alpine driver qualified ninth - one place and 0.06s behind teammate Esteban Ocon - in Budapest after enduring what he reckoned to be a supposed drop off in the Pirelli soft tyre performance in Q3 compared to the previous set he had used for his Q2 flying lap.

Alonso still heralded a "very important Saturday" at a tight circuit where it is notoriously "difficult to overtake" and reckoned his ninth spot would provide a greater benefit off the line, the Spaniard set to launch from the clean side of the grid, which is "more noticeable" in Hungary.

But he warned of the caution needed into the first corner should third-starting Verstappen and polesitter Hamilton clash in consecutive races following their controversial first-lap collision in the British Grand Prix earlier this month.

Double world champion Alonso reckoned drivers could gain positions "for free" if they were "clever" and were able to avoid getting involved in "a little bit of action" at the front.

He said: "I think it is going to be hotter in front of us. We will try to recover places. I think we can.

"My wish is to finish a little bit higher in the first lap. But I think we need to be careful because in front of us...I think something could happen tomorrow again. 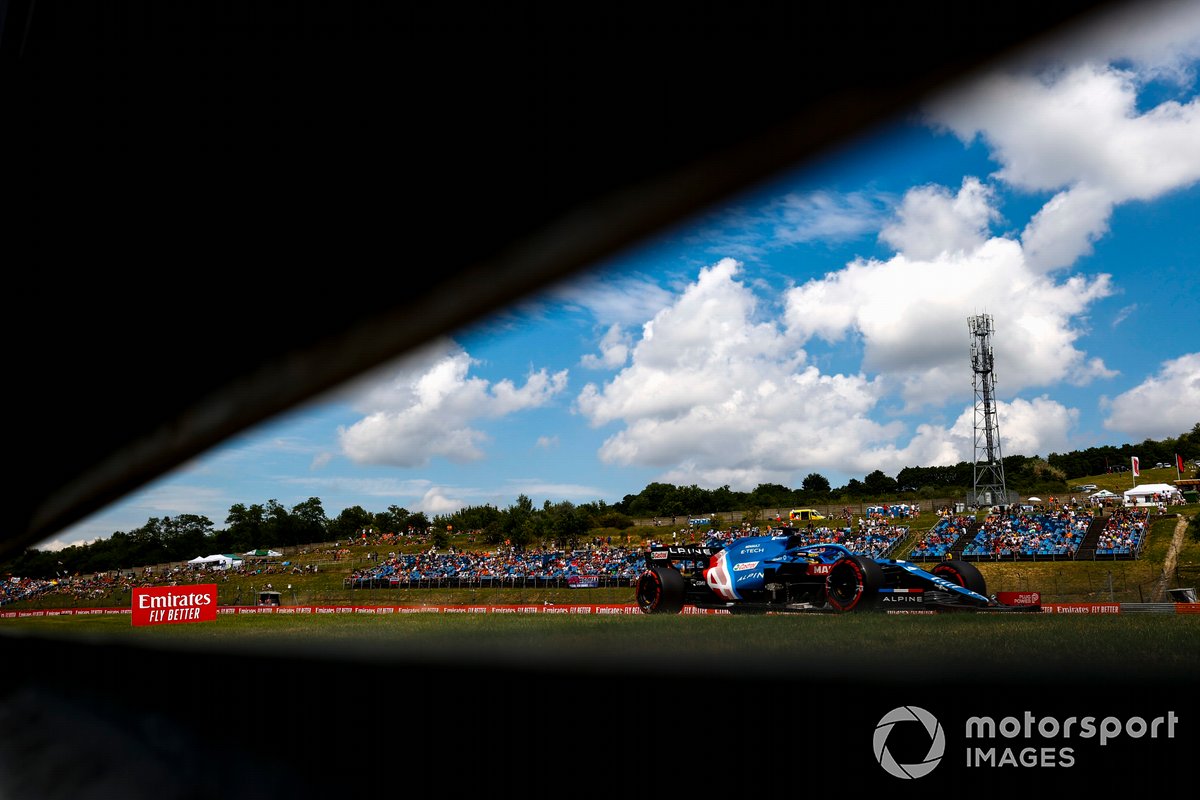 "We have Max starting on the [quicker] red [sidewall soft] tyre, Lewis on the yellow [medium compound]. We have [Sergio Perez, fourth], [Pierre] Gasly [fifth] also.

"Behind them, [Lando] Norris and [Charles] Leclerc, which are some of the best starters. The first corner is going to be a little bit of action.
"We need to be clever to stay out of any trouble and benefit from whatever happens in front.

"We want a clean first lap because maybe there are some positions that come for free."

Alonso did explain the need to be wary with Daniel Ricciardo starting the race in 11th, the McLaren driver therefore gaining free choice for his starting tyre compound.

But Alonso rated his chances of scoring a sixth point-paying finish in a row, a run of form stretching back to a sixth-place score in Baku in June.

"We've been scoring for many, many races already. We start in eighth and ninth so maybe we are not too far from what we could achieve.

"But there are cars behind us, especially Ricciardo starting 11th, probably with a harder compound etc, that will be difficult to manage to stay in front of him."