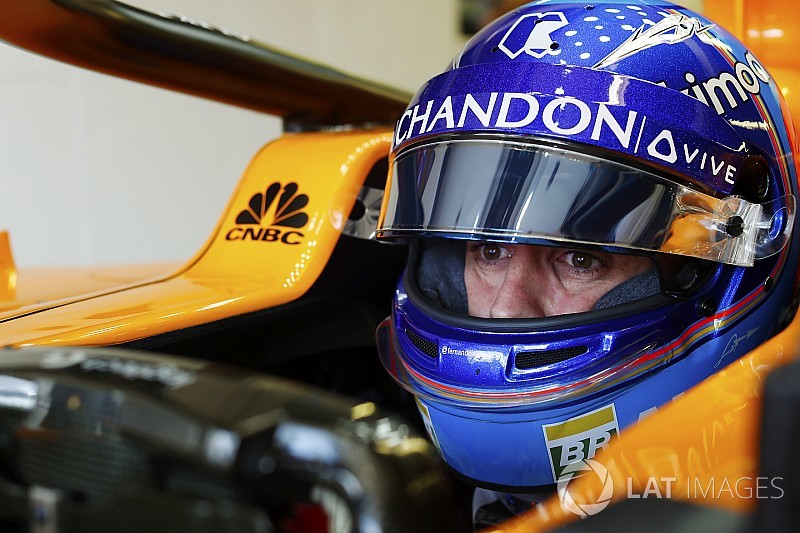 Fernando Alonso says deserving more success than he's had from his Formula 1 career is preferable to having "many trophies people think I don't deserve".

Last weekend's Canadian Grand Prix was the two-time world champion's 300th F1 race appearance, but success in recent years has been hard to come by, as he missed out on championships with Ferrari and struggled with McLaren since returning to the team in 2015.

When asked in Montreal how he feels about having fewer race wins and titles than some of F1's other great drivers, Alonso said: "In a way it's better this way.

"I will not be happy if I have many trophies at home and people think that I don't deserve them. That would be even harder.

"Obviously we had some opportunities missed, especially in the last three years, with McLaren-Honda, didn't deliver the results we wanted.

"Right now we are in the right direction to go back to the winning path, but we'll see at the end of my career in F1 what we achieve, and what we should achieve.

"But I'm happy and I feel very privileged on everything we did so far. There are drivers here that I race against that I see their talent and they have never been even on a podium.

"As I said, we missed some opportunities but I'm happy with the things we have done."

Asked for his highlights from his F1 career so far, Alonso picked two races alongside his 2005 and '06 world championships with Renault.

"It's difficult to pick moments, when you experience so many things, so many ups, so many downs," he said.

"Definitely the two championships will be the highlight of this 300 grands prix, and some of the wins, like Valencia 2012, my first win in Hungary [in 2003].

"But more than on-track, there are a lot of experiences off-track, of 18 years in Formula 1, and more or less with the same people around, same mechanics, media, team-mates, and a lot of fun so far in this journey, and hopefully many more things to come."

Alonso described the tough years he has gone through at McLaren as "part of the journey", having had to pick the team up from effectively hitting rock bottom early in its second Honda partnership.

"In terms of results, it's definitely not the ones we wanted," he said of his second spell at McLaren.

"In terms of team spirit or learning it is part of your personality and part of your process in this sport that you need to live this kind of moment and try to rebuild a team and a structure like McLaren from nearly zero after 2015.

"Now the direction is definitely the right one and we are getting closer and closer to the top guys, but there's still a long way to go."