Fernando Alonso says Le Mans circuit layout is "way too fast, and way too narrow" for Formula 1, but admits it "could be fun" to race grand prix machinery there.

Two-time Le Mans winner Alonso, a victor with Toyota in 2018 and 2019, did a demonstration run with an Alpine F1 car shortly before the start of this year's event last Saturday.

He then stayed on to watch the start of the race as a guest of the Alpine WEC team and was accompanied by F1 teammate Esteban Ocon after the Hungarian GP winner had sampled the track in a GT4 car.

Alonso, who has extended his Alpine F1 contract to cover 2022, believes it won't take much to be adjust the cars to suit the venue, but concedes that the high-speed circuit would need changes for obvious safety reasons.

Formula 1 has only staged a race at the track once before, in 1967, when the race was won by Jack Brabham.

Speaking on Thursday ahead of the Belgian GP, Alonso described the experience of driving the track in an F1 car as "very special", even though he did not complete a full lap at speed.

Regarding a potential quick F1 lap time, Alonso expects it would be substantially faster than the 2021 24 hours pole of 3m23.9s set by Kamui Kobayashi, or even Kobayashi's record lap of 3m14.79s from 2017.

"I think the simulation says like something under three minutes," he said. "But then you have to execute the lap. And it was not that easy, because honestly with the F1 car, I felt the long straights were a little bit unusual for our tyres, our cars.

"The braking points after the long straights were a bit tricky because the front tyres tried to lock up and things like that. So if you really go for it, and you push, it will be quite stressful.

"So in a way I was I was happy that it was just a demo lap!"

Asked if F1 cars could one day race at the circuit – as some fans suggested after Saturday's demo – Alonso said that despite his concerns, it wouldn't take much to adapt the cars themselves.

"It could be fun for sure to race there, I think it will not take too much in terms of preparation or engineering to go to tracks like Le Mans," he said.

"Even with very short time, I think our car was basically prepared to do that demo lap. And it was close to a race situation.

"But I don't know, at those speeds and talking about safety standards, we will probably have to change few things in the track itself.

"It will be way too fast, and way too narrow in some of the sections on the straights. So potentially it will require some changes, more on track than basically from the F1 community." 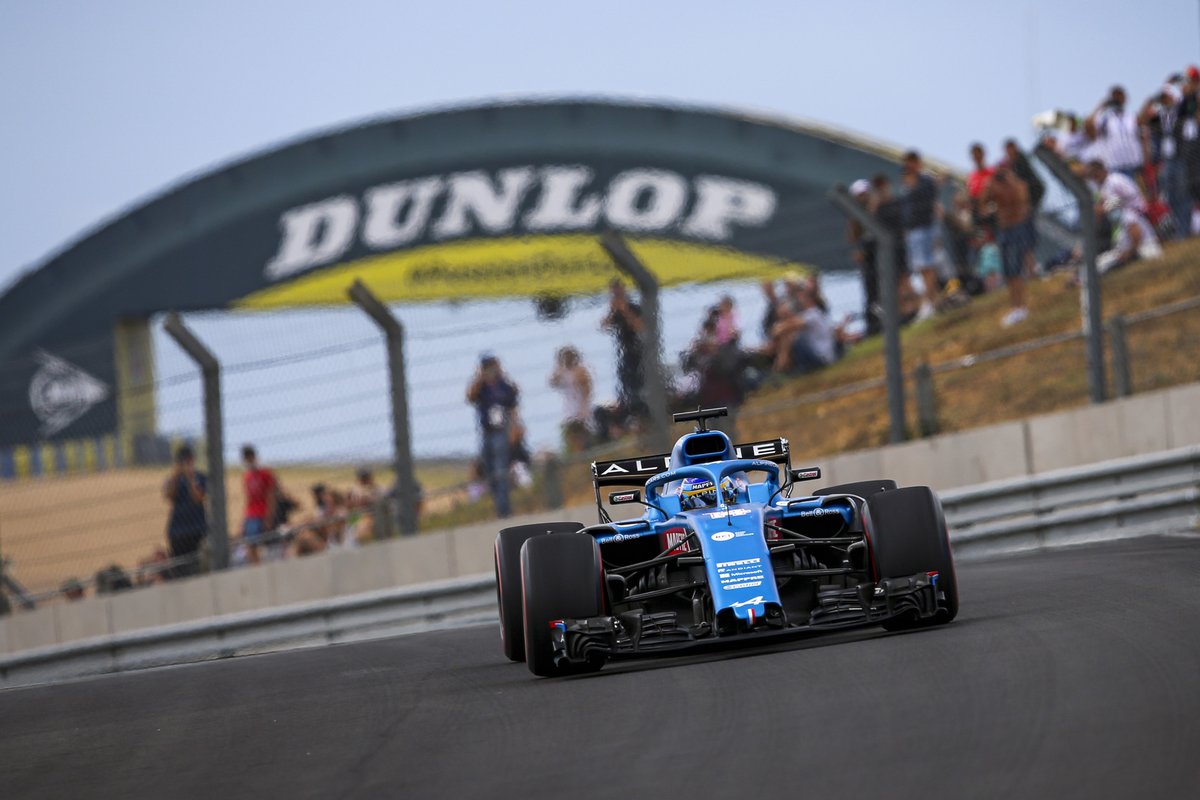 Ocon said he enjoyed his visit to the 24 Hours and, when asked by Motorsport.com if he would consider competing in the future, admitted he hasn't ruled out the possibility.

"It was amazing experience," he said. "I've been watching the race as a spectator when I was younger, but I haven't seen how it was working from the inside.

"So it was a quite interesting to be involved, have a look, and talk to the drivers as well who are involved in the race.

"It's been fun, and I had my first lap as well of the track in a GT4 car, so it's been a mega experience to be there and watch it from a different perspective.

"In the future, never say never, I would say. I'm fully focussed on F1. My aim is to be world champion one day, but if an opportunity comes, it's one of those that you can't say no to."

Hamilton: Working relationship with Bottas is ‘better than ever’