Fernando Alonso will start the Formula 1 Turkish GP from fifth on the grid after avoiding any sanction following an investigation for allegedly not respecting yellow flags.

Alonso was called to the stewards after qualifying following an incident right at the start of his first flying lap in Q1, when he came across yellow flags at Turn One.

As he set his fastest sector time up to the point, he automatically triggered an investigation, but the stewards quickly realised that it made no sense to punish him as it was his first lap, and his subsequent one was much faster.

Alonso qualified an impressive sixth in Istanbul, and he gains a further place on the grid as a result of Lewis Hamilton's penalty.

In their judgement, the stewards noted that "the driver fulfilled the requirement of reducing speed significantly after the double yellow flags were displayed," while adding that "the race director's event notes require drivers not to set a meaningful lap time in a double yellow flag situation."

They explained: "Taking into account the fact that the yellow flag situation occurred at the time the driver started his first timed lap of the session and noting that the driver was fully convinced that he did not set a meaningful laptime as his next flying lap was approximately 3.5 seconds faster than the one when the yellow flag situation occurred, the stewards are satisfied that the driver complied with the relevant regulations and take no further action."

Alonso, who was told of the double yellows by his engineer, said he was well aware that flags were being displayed, and had slowed accordingly.

"So it was very clear to me. And I aborted the lap. But because it's the first lap of qualifying, you still set a time.

"And then the following lap, I was three seconds faster without aborting the lap. And that was probably the confusion. But yeah, no problem I came now from the stewards, and a green light from them as well. So I'm happy." 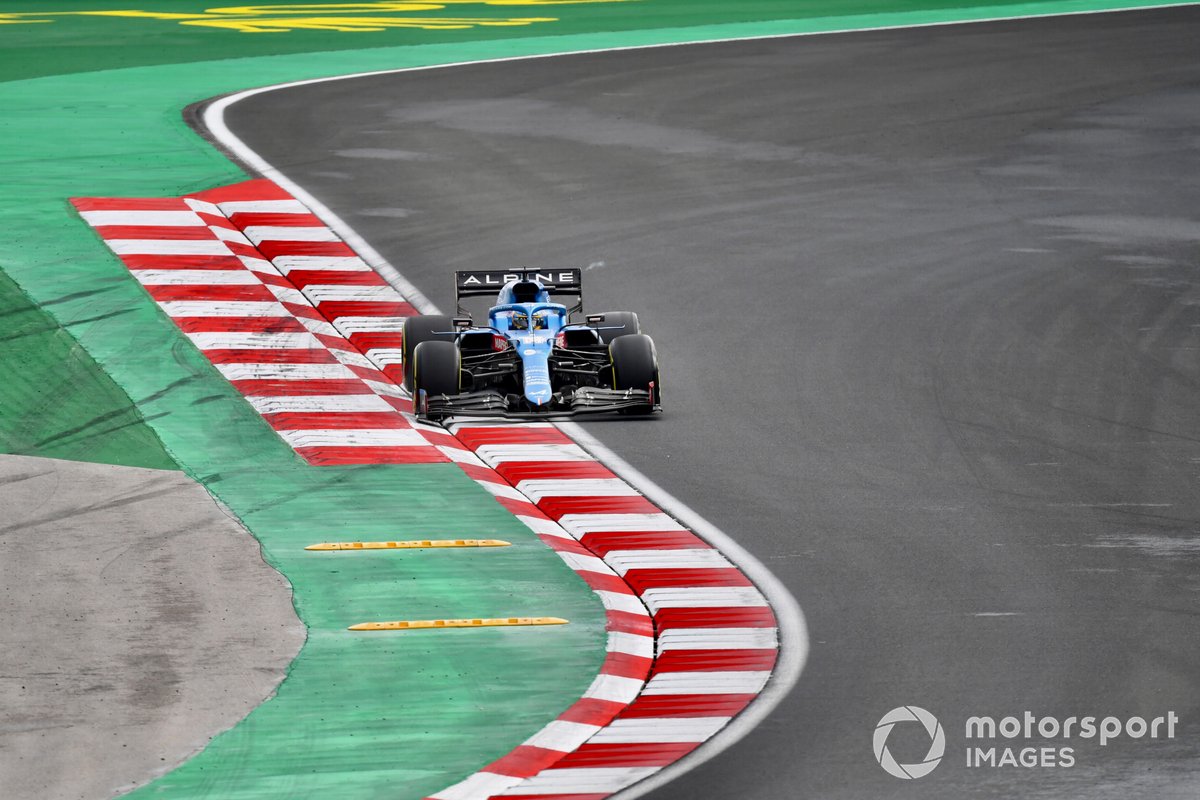 Alonso insisted that Istanbul represented his best qualifying performance of the season in terms of the gap to other cars that he would normally expect to be faster.

"It was tricky out there because the conditions were a little bit damp compared with what I was expected," he said.

"After FP3, the track was getting drier and drier. But it took so long to get fully dry, even in Turn One it was still damp. I think if tomorrow rains in the morning, without an FP3 session, it's going to be difficult to get a dry start. So let's see.

"The car fell fast in all the compounds. We qualified with the medium in Q2, which is normally a luxury we don't have, but today, the performance was there.

"Things that we were not able to achieve at any other race so far. So happy with that."