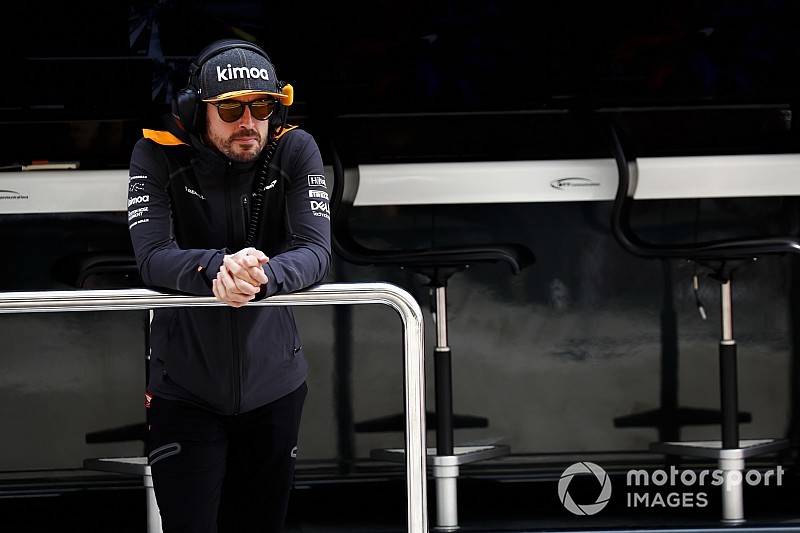 Fernando Alonso has joined a list of five drivers who are destined to start at the back of the grid in the Russian Grand Prix after changing multiple power unit elements.

Both Red Bull Racing and both Scuderia Toro Rosso drivers were already known to be taking new elements, with the Daniel Ricciardo and Max Verstappen  moving back to Renault's Spec B.

The five drivers will line up in the order that the new elements were first used on track, something that triggered a rush to the end of the pitlane at the start of FP1 today.

The race was won by Lando Norris, who was driving Alonso's car – and the English rookie has thus in effect earned 16th place for his teammate.

Ricciardo, Verstappen, Pierre Gasly and Brendon Hartley followed on in the queue, and thus in theory will start from 17th to 20th.

All five drivers have taken a new V6, turbo, MGU-H and MGU-K.

In addition Verstappen, Alonso and Hartley have a new control electronics, and Verstappen and Alonso have new energy stores.