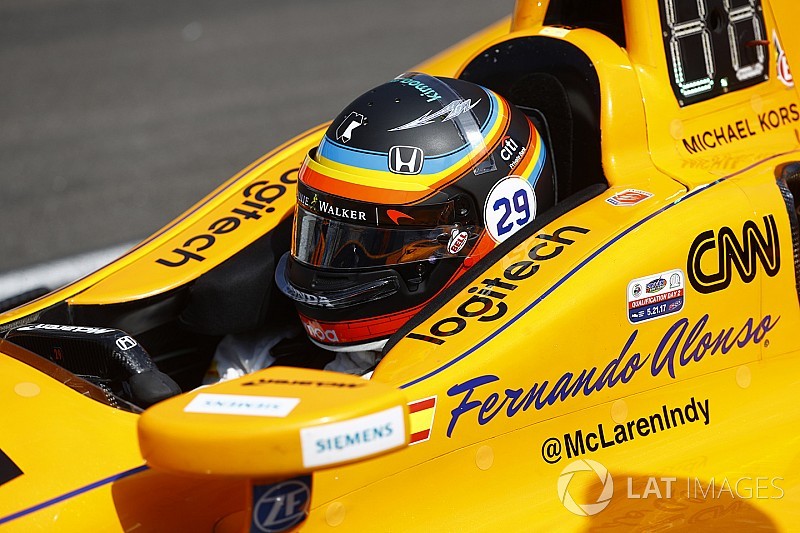 Fernando Alonso is to run his Indy 500 helmet design at next weekend’s United States Grand Prix in Austin.

The Spaniard elected for a retro concept during his assault on IndyCar’s biggest event earlier this year, having been prompted by McLaren's decision to run his car in its famous orange colours.

With his efforts at Indy - as he battled for victory before being forced out with an engine failure - having grabbed worldwide interest, Alonso has elected to resurrect his helmet design on his return to racing in the United States.

The design retains the same red, yellow and blue lines on a black background that the Indy helmet had, as the only changes revolve around F1-specific sponsors – and his race number being different.

Posting on Instagram, Alonso made it clear he had elected to go retro with his helmet again as a tribute to Indy and as a thanks to American fans.

F1 drivers are supposed to retain the same helmet colours for the entire season, but they are allowed to field a different design at one race per year.

Amsterdam and Rotterdam not interested in Dutch GP idea