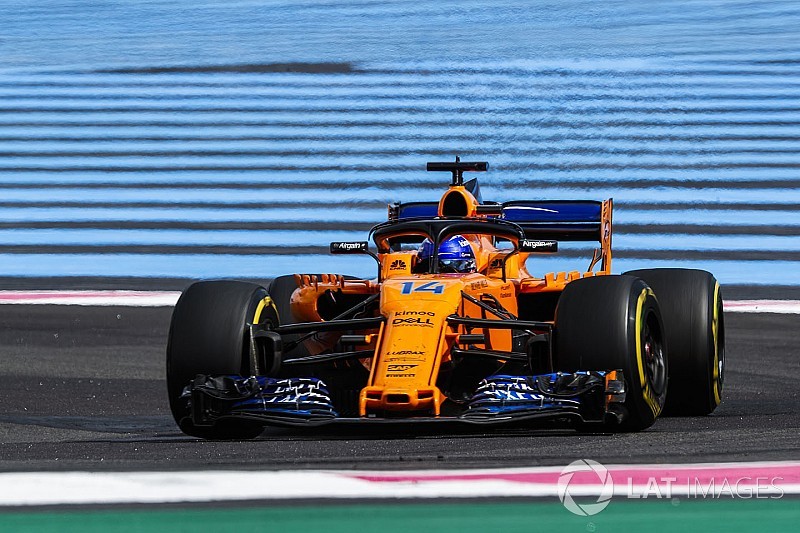 In its worst weekend of a disappointing campaign so far, McLaren lost both cars in Q1 at Paul Ricard - with Alonso and Stoffel Vandoorne starting 16th and 17th - and then spent the race near the back of the field.

Alonso was on course to finish last following a spin and a failed strategy when he stopped with a late suspension problem, while Vandoorne could only manage 12th.

Though Alonso said he was "confident" the coming weekend's Austrian GP would be better, he admitted McLaren could not afford for France to be the start of a trend.

"I think this was by far the worst performance of the year so I really hope that this is a one-off, that this is not normality," he said.

"From qualifying both cars out in Q1 and now both out of the points. We need to raise our level for Austria and Silverstone. It's only five days' time so we need to find solutions."

He remained hopeful about McLaren's future upgrade plans, but conceded that a form downturn at the start of F1's first triple-header of three races in as many weekends was troubling.

"I trust the team. I know there are some good things coming for the next races."

Asked by television crews if running last at Paul Ricard a week after winning the Le Mans 24 Hours was hard to accept and how he managed to remain outwardly positive, Alonso insisted he was still happy just to be in F1.

"I'd prefer to be here last than be watching television," he said. "I'm surprised how negative you are.

McLaren admitted at Paul Ricard that it cannot see the aerodynamic problems it knows it has in the windtunnel.

Why Vettel’s small error could have big consequences