Fernando Alonso says he is available to assist Renault with “anything they need” on Formula 1 race weekends this year as he steps up preparations for his 2021 return. 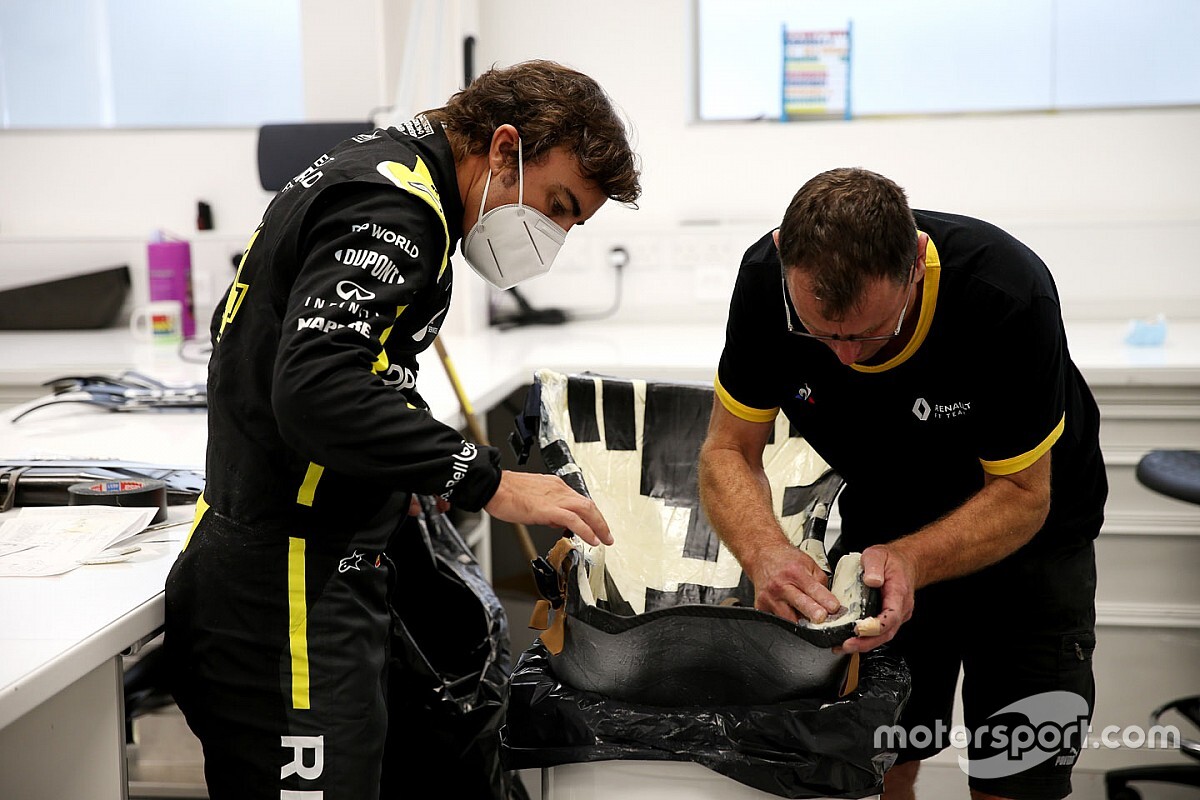 Two-time world champion Alonso will return to F1 next year with Renault after a two-year absence, marking his third stint with the Enstone team.

Alonso’s attention has shifted towards his F1 comeback after his latest appearance at the Indianapolis 500 in August, with the Spaniard making his first visit back at Renault’s factory this week.

Alonso underwent a seat fitting at Enstone for the R.S.20 car - which the team remains hopeful of giving him running in at the end-of-year test in Abu Dhabi - and also completed a full day in the simulator.

Speaking in a video interview issued by Renault following his visit, Alonso said that he would be on hand to assist the team on race weekends through the remainder of the 2020 season.

Alonso is also planning some further running in the simulator, and is hopeful of attending a couple of races on-site to get used to the team’s operations.

“The focus from my side now until next year is to follow a little bit what the team needs from my side,” Alonso said.

“There are going to be a couple of simulator days here at factory, preparing for next year and helping somehow the weekends for this year.

“I guess I will come to a couple of races, just to follow the team on the track side and understand the philosophy working on the weekend.

“Abu Dhabi will be probably a must, and hopefully I can come to Imola. It is close to my home in Switzerland.

“I will be available for the team for anything they need.”

Alonso will partner Esteban Ocon at Renault next year, replacing the McLaren-bound Daniel Ricciardo, and has signed a two-year contract.

Alonso previously raced for Renault from 2002-06 and 2008-09, winning both of his world championships during his first stint with the French marque.

But he noted a number of changes at Enstone since his last visit more than a decade ago as he got back up to speed.

“[I then had a] seat fit, meetings with key people on the team, just to review a little bit the programme for next year and the preparation, getting up to speed from my side.

“Visiting the facilities after so many years, you always discover new things. The simulator is new, the wind tunnel is updated, a few things are the same, some of the offices, the gym that I used to visit a lot.

“There are things always that are better in a factory and the facility, and I think the team is in good shape for the future.”