The FIA has delayed the release of cost cap compliance certificates relating to the 2021 season until Monday, after they were initially expected to be issued on Wednesday.

This comes amid speculation that Red Bull and Aston Martin exceeded the $145million limit - for which the punishments available includes fines, suspension from events, points deductions, limits on aerodynamic testing and a reduced future cost cap.

But with the relationship between F1 and the FIA fractured (the latter having jumped the series to announcing the provisional calendar for 2023, for example) amid complaints of stewarding inconsistency, the public perception of the governing body is currently low.

However, two-time F1 world champion Alonso says he retains full trust in FIA president Mohammed Ben Sulayem and the organisation’s willingness to learn, unlike that of past premierships.

Asked by Motorsport.com about his levels of faith in the FIA, the Alpine driver said: “Very high, to be honest.

“As I have said a few times, I have a lot of trust in Mohammed, president, and his team.

“I think there's still a few things on the race weekends and consistency and other topics that we face race after race that we are improving.

“They are willing to learn and improve as well, so that is very positive maybe compared to the past.

“On other things, outside the racing and off track, I trust completely what they are doing and what will be the outcome next week on the cost cap and how the sport is moving to the future. I have no doubts on anything.” 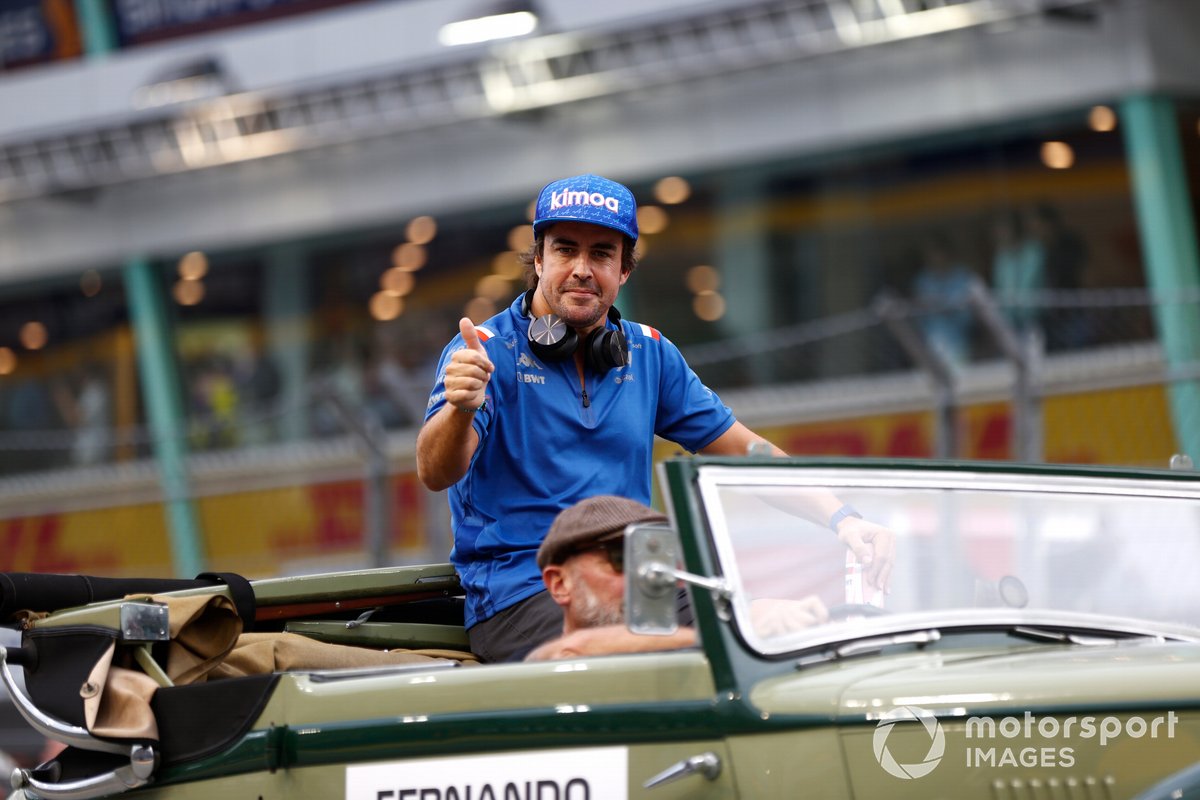 Of note, Alonso did hold ‘clear the air’ talks with Ben Sulayem in the wake of the inaugural Miami Grand Prix earlier this season after accusing the stewards of “incompetence” regarding his copping of a penalty for going off track in a battle with Mick Schumacher.

Also speaking to media on the Thursday ahead of the Japanese GP, Sebastian Vettel reckoned it was a “given” to trust the governing body of any sport otherwise it “shakes up everything that exists in your world”.

Addressing his levels of trust in the FIA, the four-time F1 world champion replied to Motorsport.com: “For us, we want to be treated fairly when we race others and be judged upon it.

“You have to trust that there are regulations in place that allow everybody to have the same chances to win.

“If you start to doubt that I don't what know what would be next.

“Our sport is also complicated. It's not that straightforward. It's not black and white many times so it's probably not an easy position to be in.

“So, I think it's sort of given that you have to trust the governing body.”

Vettel has also had run-ins with the FIA this season. The Aston Martin racer was handed a suspended €25,000 fine for walking out of the Austrian GP drivers’ briefing and adjudged to have “failed to live up to” the standard of being a “role model”.