Fernando Alonso is happy to leave talks with Alpine over a new Formula 1 contract until after the summer break as he looks to extend his stay on the grid.

Two-time world champion Alonso returned to F1 in 2021 with Alpine after taking two years out of the championship to explore other racing interests in the Le Mans 24 Hours, the Indy 500 and the Dakar Rally.

At 40, the Spaniard is the oldest driver on the grid, yet he has been clear in his ambition to keep racing beyond the end of this year when his current Alpine contract expires.

With Esteban Ocon under a long-term contract, Alonso’s seat is the only one free for Alpine next year should it wish for a change in its line-up. The team has reigning Formula 2 champion Oscar Piastri vying for a place on the F1 grid in 2023, although he looks set to join Williams on loan.

Alpine F1 boss Otmar Szafnauer said on Saturday morning at Silverstone that the team had not “really started talking in detail” with Alonso about his future, but would do so “just after the break” through August.

Alonso confirmed he had a similar timeframe in mind for talks and that he would be happy to wait until after the summer break, particularly given the packed schedule of four F1 races in July.

“So far, yeah, we didn’t start any negotiations,” Alonso said on Saturday after qualifying.

“My aim, as I said some times, is to continue, but yeah, until the summer break, I want to concentrate [on racing].

"This July, we have four races, and I need to score points because the first nine races have been a little bit unlucky for me.” 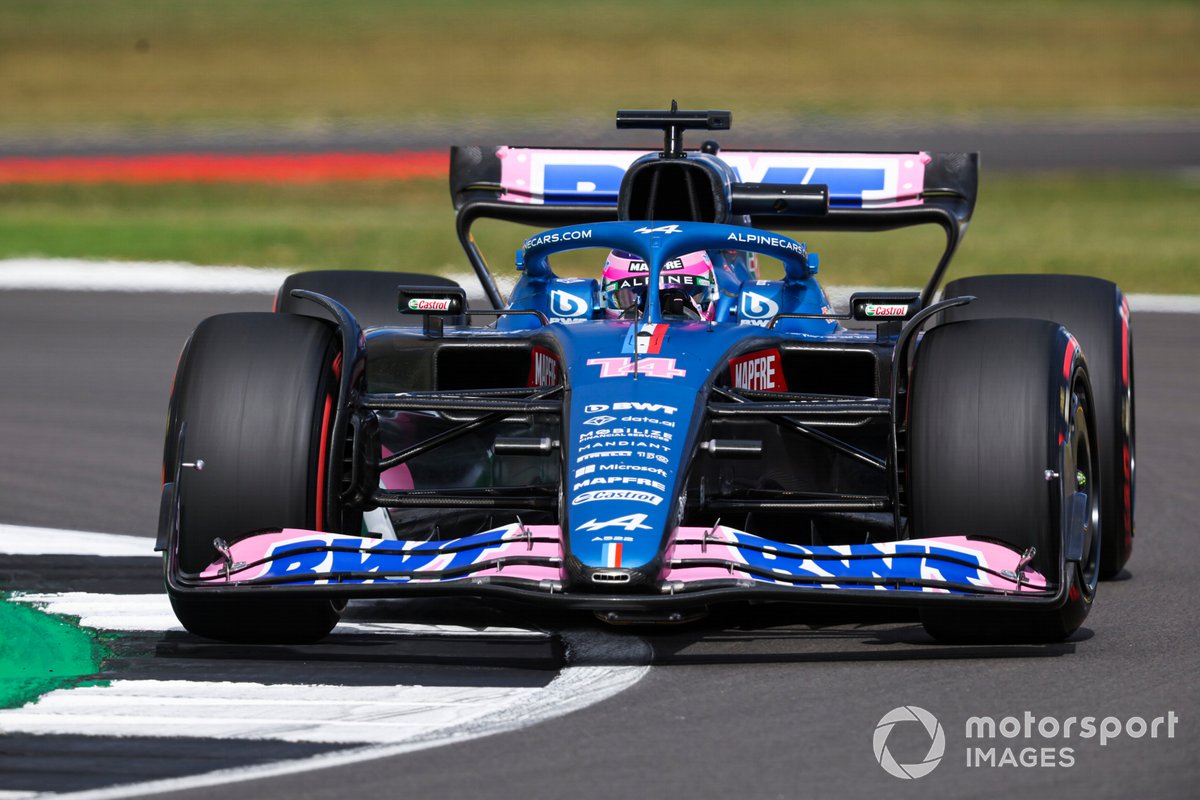 Alonso went on to record his best result of the 2022 season in Sunday’s British Grand Prix, crossing the line fifth after tailing Sergio Perez, Lewis Hamilton and Charles Leclerc closely in their fight for the podium in the closing stages.

Discussing the timing of talks after the race, Szafnauer said that around “post-summer we should have a chat and decision” about what to do beyond this year.

“Because the season goes so late, in the old days, when we finished in October, the silly season was a bit earlier,” Szafnauer said.

“But now, yeah, we’re not going to December, but not far off. That’s good timing.”

Asked if there was anything that would lend Alpine to not keeping Alonso, Szafnauer replied: “I haven’t thought of it, but it’s a good question.

“He’s driving brilliantly and qualifies well, races well. That’s what it’s really about. But let’s think about that.”