"There shouldn't be any debate" over F1's halo - Alonso 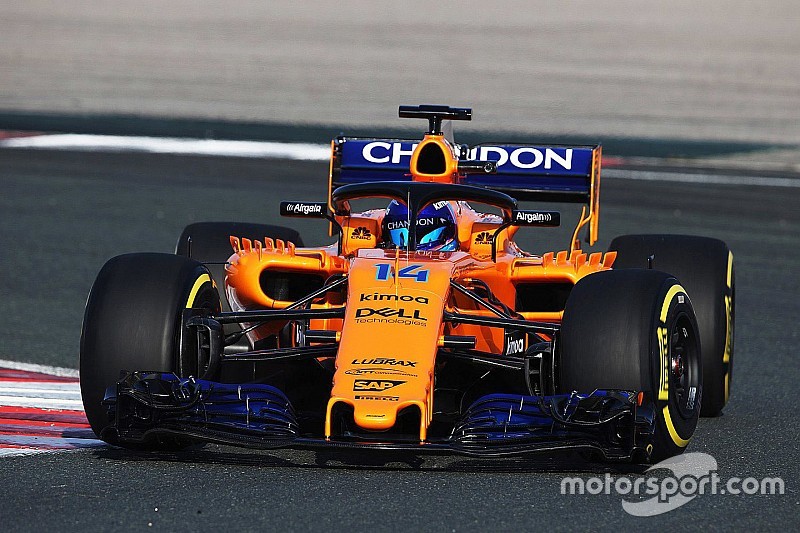 McLaren driver Fernando Alonso says “there should not be any debate” about the halo cockpit protection device introduced to Formula 1 for the 2018 season.

The halo, which was pushed through by the FIA on safety grounds, has been widely panned across the board for its aesthetics – and has returned to the forefront of grand prix racing discussions now that many F1 teams have launched their halo-fitted 2018 challengers.

It was recently slated by Mercedes F1 boss Toto Wolff, who said he would remove the halo appendage from the team's new W09 car “with a chainsaw” if he could.

Alonso, however, reckoned the halo would quickly cease to be a sticking point once the season gets underway proper.

Asked whether everyone would forget about the device a few races into 2018, Alonso told Sky Sports: “Yeah, I'm sure of that.

“Yeah, aesthetics aren't the best at the moment, and in the future I'm sure that the sport and the teams will find a way to make it a little bit nicer, for the fans, you know, and for the cars to look a little bit better.”

“During the seat fit it was okay,” Vettel said. “It was actually less intrusive than I thought.

“So I'm looking forward to getting out on the track. I'm pretty sure that everyone will get used to it.”

In a driver column featured on his Red Bull team's official site, Daniel Ricciardo suggested that the addition of the halo was a less dramatic change of aesthetics than the move to smaller, higher rear wings back in 2009.

“You know, I think it's going to be alright,” he wrote. “Don't get me wrong, I don't love the look of it, but I think it'll be fine and we'll have other things to talk about pretty quickly, especially once the racing starts and we have the championship beginning to take shape.

“Remember back in 2009, the year that Brawn won the championship, and the cars that year looked so different with the small rear wings, almost like F3 cars?

“People threw their hands up and talked about it a lot at the start, but then we all got used to it and just moved on.

“I reckon the 2009 look was more dramatic than the halo and how long it'll take people to get used to it.”

Why Renault's biggest nightmare could be its best help