Fernando Alonso was left frustrated in Hungary after losing out to Alpine Formula 1 teammate Esteban Ocon in qualifying despite having a “mega” car.

Helped by problems for Max Verstappen, Sergio Perez and Lewis Hamilton the A522s of Ocon and Alonso qualified fifth and sixth, separated by just 0.060s.

Alonso was ahead of Ocon on Friday and was second overall in the wet FP3 session. He was also faster than the Frenchman in both Q1 and Q2, taking third spot in the latter session.

The 41-year-old was thus disappointed to lose out to his teammate in Q3, while both men were also behind Lando Norris of McLaren, Alpine’s closest rival in the constructors’ championship.

“Unfortunately it's like this,” Alonso said when asked by Motorsport.com about the gap to his team mate.

“I've been significantly faster probably the whole weekend. My car was performing mega this weekend, P2 today in wet conditions and things like that, but now in qualifying, yeah, in Q3, they did a better job.

“A couple of milliseconds there, also, with Lando. I felt faster than Lando the whole weekend as well. So let's see tomorrow if we can make some places.

“I mean, it was a good lap. It was a little bit tricky more turn two and things like that. The others did a better job. And those couple of milliseconds, I think we know where are also in the car. So let's try to fix it for next race.” 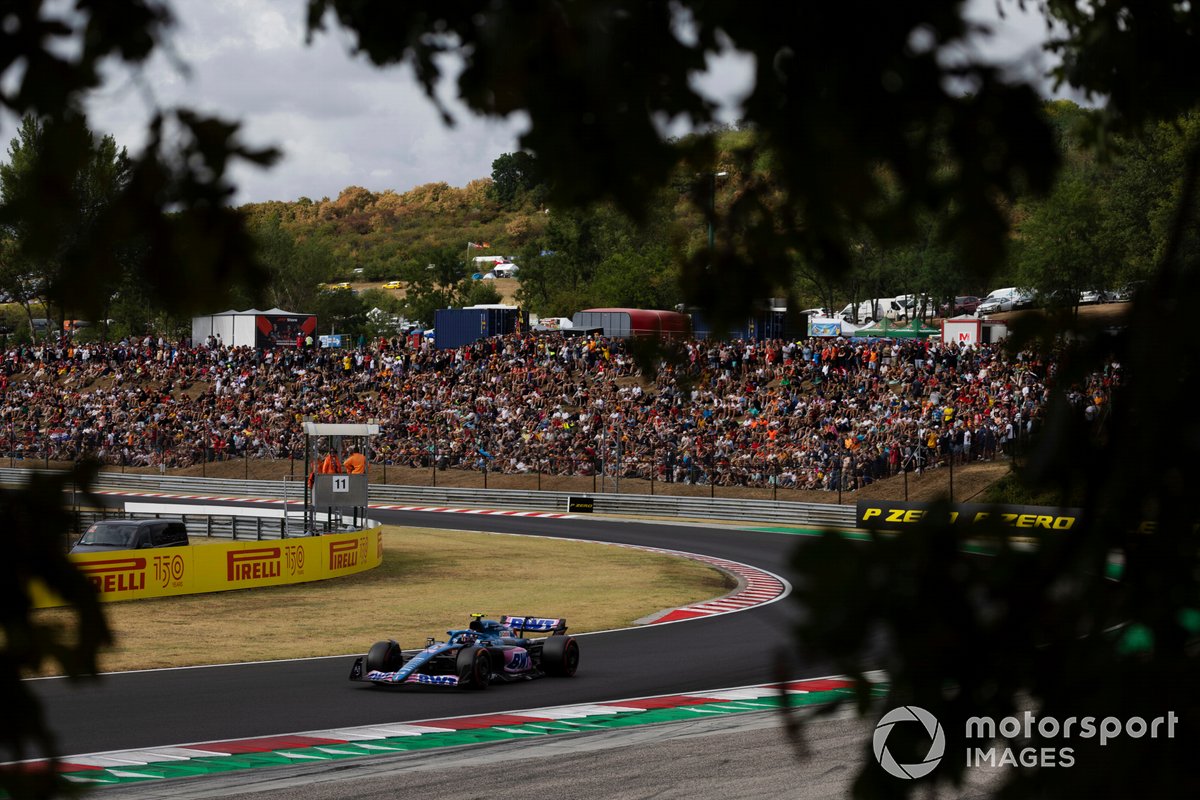 Asked if it was hard to go from a wet FP3 to a dry qualifying he noted: “It was harder for other people.”

Alonso acknowledged that the team’s main fight on Sunday is with McLaren, and especially Norris.

“Yes, as I said I think I felt faster than him. But yeah, both of them they are fast, and also Daniel [Ricciardo] was quite competitive yesterday in the short and long run, so it is going to be a close fight tomorrow, but not only tomorrow, the rest of the season.

“But yeah, both teams start on the top nine. So we need to maximise this result. It's very difficult to overtake here, so try to consolidate the positions on the start, and then try to defend.

“As I said, difficult to overtake, starting on the wrong side of the grid. So yeah, a little bit disappointed now, but we are top six. You should never be disappointed with a top six.

“Maybe some traffic in front of us, that maybe we are a little but faster. Some very fast cars behind us, Verstappen, Perez, Lewis maybe, if he doesn't pass at the start. So it's going to be an interesting race, because there's a couple of cars out of position.”

“I'm surprised for sure. Happy for him. Unexpected, if I'm honest, because Ferrari looked very strong and Max as well.

“Mercedes was struggling a little bit, we were thinking to be in front of them. In fact, we are in front of Lewis. So to see him in pole position, it has to be a great lap. So I'm looking forward to watch it.”