Fernando Alonso has put the blame firmly on Lewis Hamilton for their clash at the start of the Belgian Grand Prix but played down his criticism as a “first-lap incident”.

On the opening lap Hamilton tried a move on Alonso for third place around the outside on the entry to Les Combes, but the Mercedes driver squeezed his rival and that triggered a collision.

Alonso avoided any major damage but Hamilton’s car was thrown into the air and the British driver had to stop at the side of the track under instruction from his team due to damage.

Immediately after the clash Alonso said on team radio: “What an idiot closing the door from the outside. We had a mega start but this guy only knows how to drive and start in first.”

Speaking after the race Alonso maintained it was Hamilton’s mistake for not giving him room and compared the clash to Hamilton’s coming together with former Mercedes teammate Nico Rosberg at the same corner in 2014.

“For me it was a little bit of a mistake from his side to close the door like this,” Alonso said. “At Turn 5 we’ve seen many, many times here that it goes parallel and it happened the same to him with Rosberg a couple of years ago [in 2014].

“I think it was a first-lap incident. I think it happens, at that corner especially, there are a lot of things that are going on and normally you cut the corner at Turn 6 and keep going at Turn 7.

“It is a tricky part of the circuit for sure and it was a racing incident.” 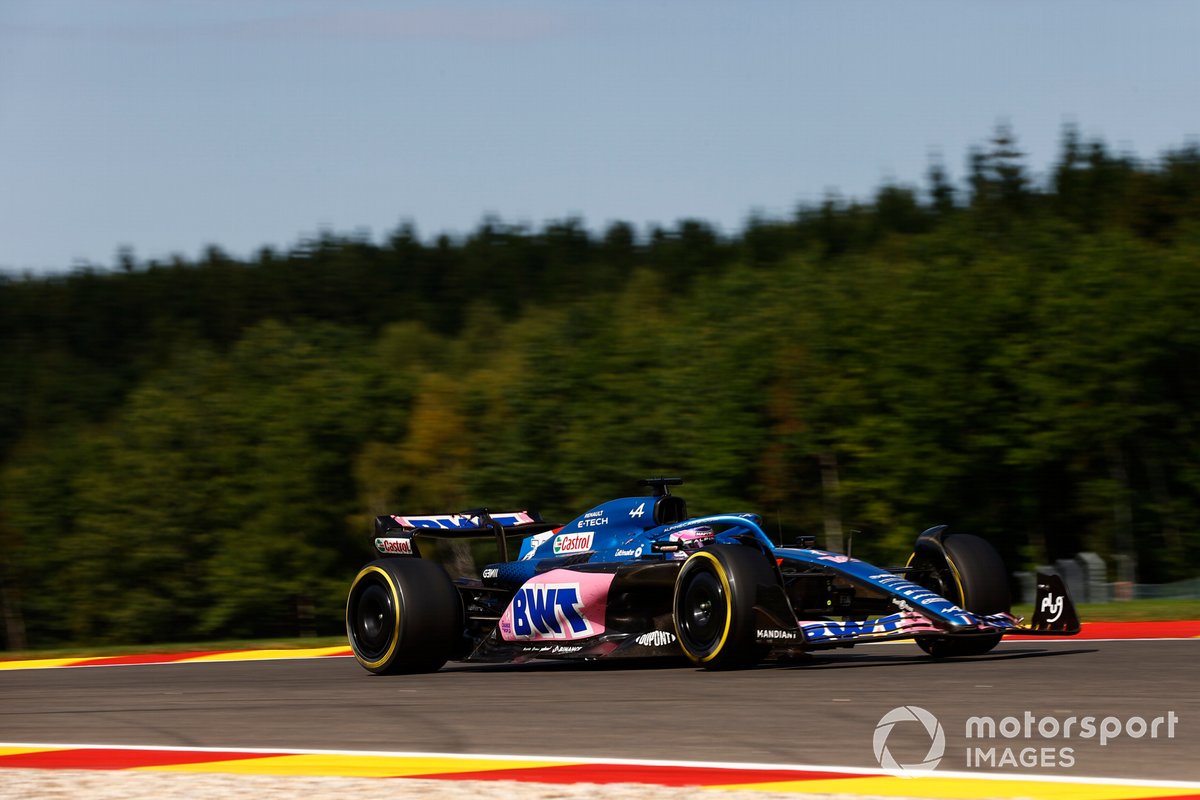 Alonso added his frustration was heightened due to his strong start from third on the grid but accepted it didn’t hugely compromise his race.

“I was very disappointed, when I start well on the first row or second row all these things happen and for sure I was frustrated in that moment. But he accepted his mistake and it is welcomed,” he explained.

“I am just sad because when I start P2 or P3 always these things happen. When I am 12th or 13th I have a clean race.

“I wanted to have a normal [race] and we started already with an incident and then we have a very aggressive strategy and stopping early every time. I don’t think it was the smartest one but at the end top five makes it a good weekend with Charles’s penalty.

“So fifth and seventh [and seventh for Esteban Ocon] is a great result for the team. It was a bad weekend for McLaren so we maximised those points.”

Alonso also gained a late boost up to fifth place as Charles Leclerc picked up a five-second penalty for speeding in the pitlane when Ferrari pitted him late on to target the bonus point for fastest lap.

The extra pitstop dropped Leclerc behind Alonso on track, before Leclerc passed him on the final lap, only to be demoted again due to the penalty.

“It is OK, Ferrari has been doing strange things, so that was another strange thing,” he said of Ferrari’s strategy to pit Leclerc late on.