Several drivers were summoned to see the stewards for impeding rivals after they were seen running slowly at the end of Q2 as they tried to find a slot to set a flying lap as track conditions continued to improve.

Alpine driver Alonso was impeded by the McLaren of Daniel Ricciardo, one of the drivers under investigation.

Alonso was knocked out of Q2 as a result of the incident, and the Spaniard reiterated his unhappiness about race direction not being tough enough with its penalties in situations like this.

"Unfortunately we don't have anyone policing this," said Alonso after qualifying. "Race director is too soft on this and if you let us to play on the out-laps and things like that it's always going to be a mess.

"We need a referee to protect us and at the moment we don't have it so that's bad."

"And they have to be harsh in some of the decisions.

"In football when someone makes a tackle and there is a bit penalty or whatever, there is a red card, and here they are struggling to show a yellow card or a red card. That's why we keep repeating the same bad things." 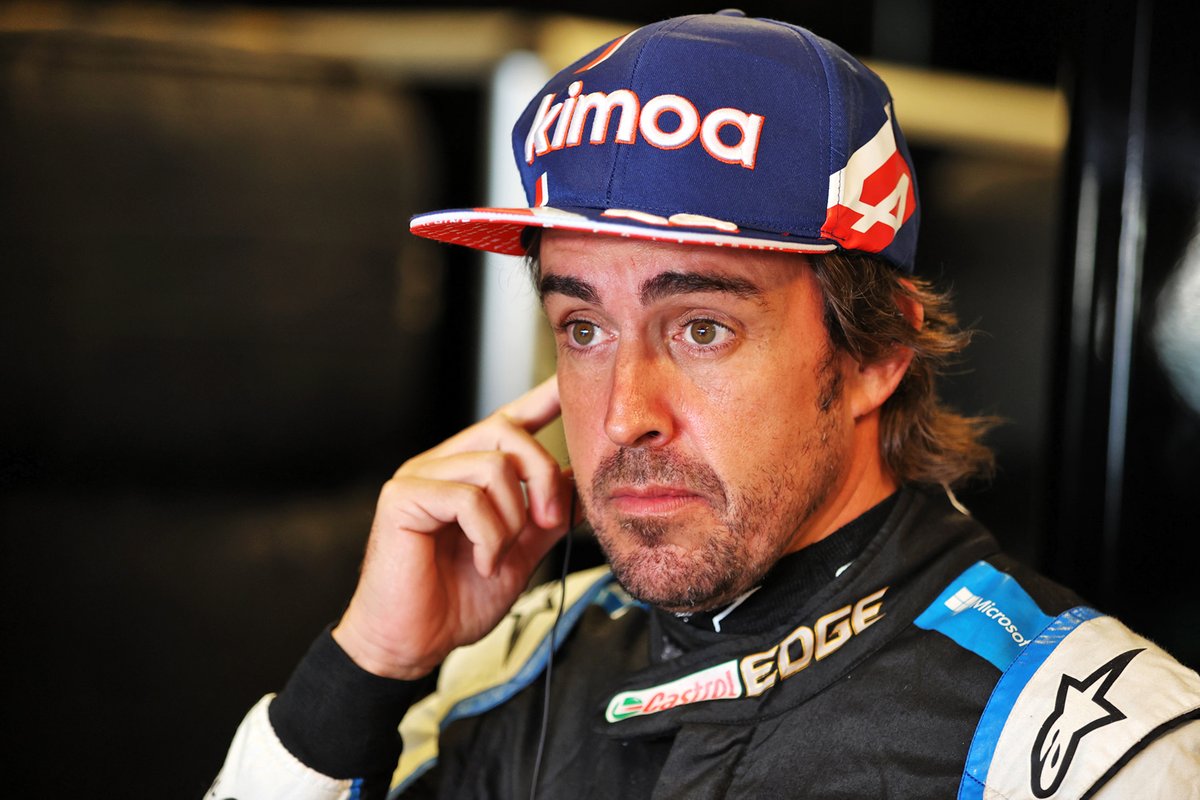 "If you let us to play on the out-laps and things like that it's always going to be a mess."

Alonso is convinced Ricciardo, as well as other drivers, will be penalised as a result of today's traffic troubles.

"On the traffic itself, it's McLaren's fault," Alonso added. "The team or the driver or whatever, because even if there is a lot of traffic on the out-lap you need to move when a fast car is coming and he didn't move.

"I think in Austria Vettel had three places [penalty] so I expect three places minimum or more and let's see where I start. I think I'll start ninth, in my opinion, but let's see."

The two-time F1 world champion, who qualified in 11th, said every team was guilty of going out right at the end of the sessions, but believes he has avoided any investigations thanks to his Alpine squad being "sharp" in warning him about faster drivers approaching.

"Everybody does that. We do that as well on the out-lap as well," he said.

"Sometimes there is no way we can pass and we are too slow, slower than what we want, but our team is very sharp on telling us when a fast car is coming so I had zero investigations for impeding the whole year.

"You have to be also sharp and the people who are not sharp they are investigated and normally they get a penalty, but this is another thing. It's very random."

Alonso has been one of the most vocal drivers this year, often complaining about the stewards' decisions.

He reckons nothing has changed for the better so far.

"Oh yeah, definitely much worse. Much worse than in 2018," he said. "There are no rules out there. Not for the out-lap. There are no minimum times to respect.

"There are a lot of strange movements on the first lap off track. I complained in the first third of the championship. Then I changed attitude and I was doing the same and now there are no more races to impede anyone, but it's not in my heart to impede.

"No one wants to be in the middle of anyone's fast lap because then you go to the stewards and normally you get a three-place penalty. I guess that's what's gonna happen today."