Fernando Alonso said his return to the Formula 1 podium at the Qatar Grand Prix felt "unbelievable".

The Alpine driver pulled off a one-stop strategy from the second row on the grid at Losail to grab third place behind Lewis Hamilton and Max Verstappen.

It was the best result of his comeback season so far and his first podium finish since he came home second for Ferrari at the 2014 Hungarian Grand Prix.

Speaking about his feelings after the race, Alonso said: "Yeah, unbelievable. Seven years and finally we got it. We were close a couple of races but not enough. Sochi was the last possibility and here today [we did it]."

Following grid penalties for Verstappen and Valtteri Bottas, Alonso started from third on the soft tyre, and revealed afterwards that he had actually been targetting snatching the lead from pole man Hamilton.

"Honestly, I thought about leading after lap one," he said. "I thought with the red tyre, I could have a go on Lewis, but I couldn't.

"Then with Checo it was very close at the end. But I'm so happy for the team. Also Esteban P5, so a good Sunday." 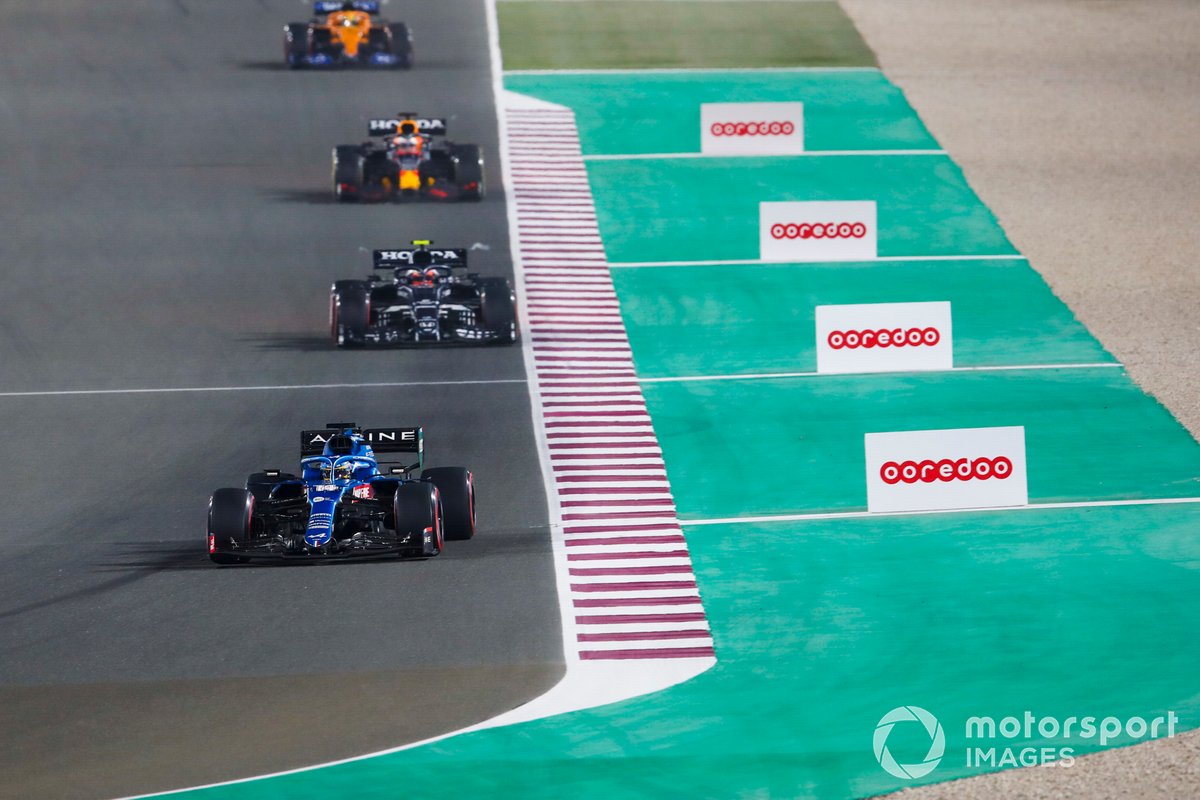 While a number of other cars hit trouble with tyre failures on aged tyres, Alonso said that Alpine had set out from the beginning on stretching things out to minimise the number of stops.

And although there were some nerves on the pitwall, as the team urged Alonso to look after his rubber in the closing stages, the Spaniard held on well.

"We planned a one stop from the beginning, but we never knew how bad was the wear and the degradation," he said.

"It is a new race for everybody. But yeah, I think it was quite well executed the race. The pitstop was fantastic. The team was great. The reliability of the car is superb, and you know they deserve it."

The two teams are locking in a tight fight for fifth place overall, with Alpine admitting that spot is a key target for the squad under its new identity this year.