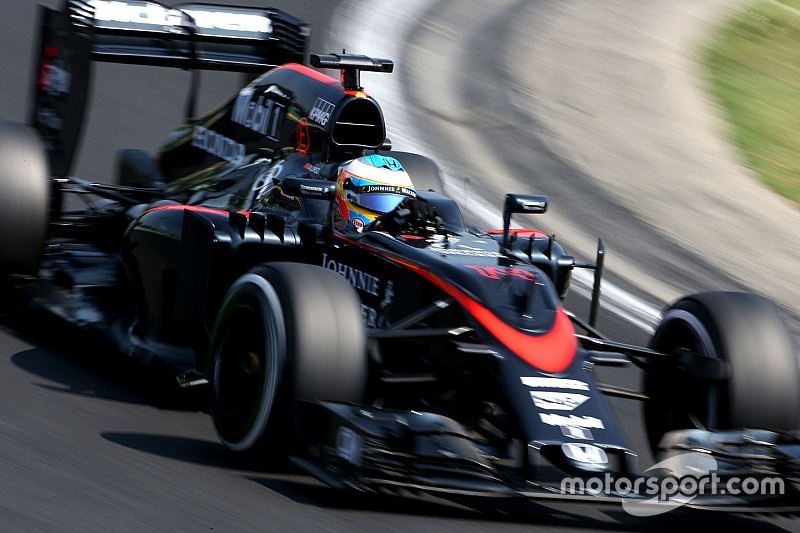 Fernando Alonso believes it will be hard for his McLaren team to stay in the top eight in tomorrow's qualifying for the Hungarian Grand Prix despite an encouraging Friday.

The Spanish driver had one of the best days of the season, running reliably to finish in eighth position in second practice, less than two seconds off the pace set by Lewis Hamilton.

But with Force India not having run in FP2, Alonso is expecting to drop down the order.

"Tomorrow is probably going to be more difficult to keep eighth place," said Alonso after practice.

"But in general it seems to be a better circuit for our characteristics and hopefully we can be a bit higher up than normal.

"But tomorrow when everybody starts pushing, and Force India is there, there will be people who will make it hard for us, but we are happy so far."

Alonso says he is still aware that McLaren needs to make a lot of progress to run closer to the front on a regular basis.

"As of today, it's the best car we've had so far," he said. "We are still very far from the best, and we'll see tomorrow if we are closer to pole, or whether we are around two seconds off which has been the norm so far.

"We know there's a lot left to do and hopefully the next races will be better than this."

Ferraris fifth and seventh fastest in FP2 at Hungaroring