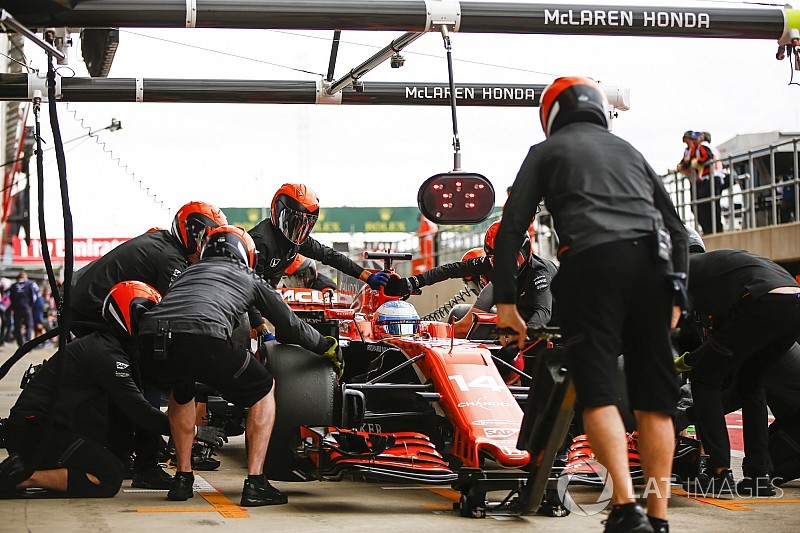 McLaren’s Fernando Alonso looks set to start from the back of the grid for Formula 1’s British Grand Prix after Honda decided to change more engine components.

As they all exceed his allocation, the change will incur a 25-place grid penalty.

That will be added to the five-place grid penalty that the McLaren driver received for taking a new energy store ahead of Friday practice at Silverstone.

It remains unclear whether the MGU-H Honda has fitted is current spec or a new part that includes a fix for the failure Alonso encountered in Austria.

Frantic work behind the scenes

Honda has been working on creating a countermeasure since sending the part back to Sakura after last weekend’s Red Bull Ring event. However, it has faced a race against time to get one ready in time given Austria is back-to-back with Silverstone.

It had been expected Honda would take penalties at Silverstone rather than next time out in Budapest, where it expects a stronger result, as it would be more advantageous.

Grosjean says Shield is "as bad as the Halo"

Insight: Friday in Silverstone - F1 cars flat out on the rollercoaster ride