Alonso will have disadvantage on 2021 F1 return - Renault

Renault Formula 1 director Marcin Budkowski believes Fernando Alonso will still be at a disadvantage on his F1 return in 2021, despite being able to test the team's RS20 at Abu Dhabi. 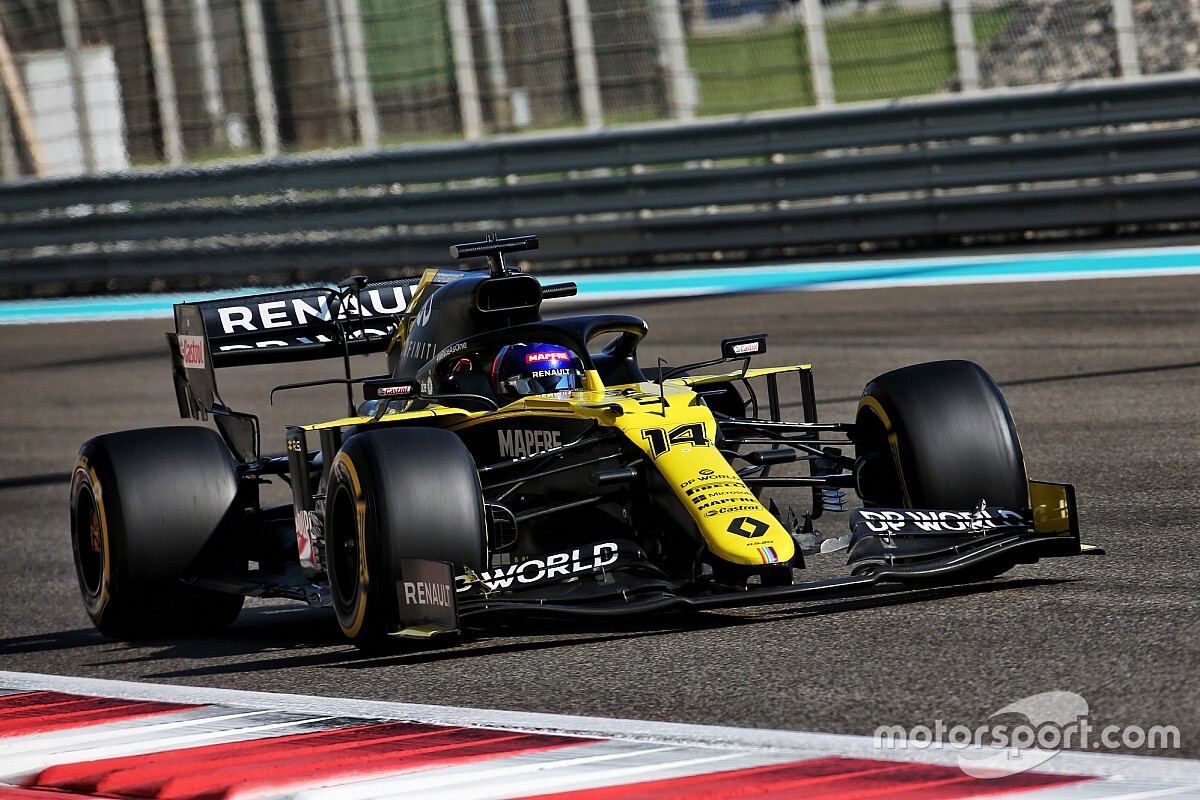 Alonso is returning to the sport next season with his old Renault team after a two-year absence, in which he won back-to-back editions of the Le Mans 24 Hours, made a second start in the Indianapolis 500 and competed in the Dakar Rally.

The two-time world champion has been thoroughly preparing for his comeback, traveling to several races with the Enstone team as a keen observer and testing both its 2018 and 2020 cars.

Last week Alonso was controversially allowed to take part in Abu Dhabi's so-called Young Driver test, which give him a chance to sample the same Renault chassis that will also be used next year.

The 39-year-old set the fastest time of the one-day test, completing 105 laps in the Renault RS20.

When asked if Alonso's appearance in the post-season test will give him an advantage for next year, Renault F1 director Budkowski said the Spaniard will still be at a disadvantage compared to the rest of the grid.

"I think you mean how much less of a disadvantage does he have? Because he hasn't been driving for two years," Budkowski said in Abu Dhabi.

"I understand that for Carlos [Sainz] or Daniel [Ricciardo] changing teams next year and getting accustomed to a different team is tricky.

"There's lots to learn, different ways of working, different engineer, but in the case of Fernando he hasn't been driving for two years at all.

With winter testing reduced from six to just three days in 2021, new and returning drivers will get less mileage to acclimate to their new machinery.

Despite two decades of experience Budkowski believes a reduced winter testing programme will still be a challenge for Alonso.

"Yes, it's going to be tricky for Fernando to get used to the car in one and a half days of testing, but I think even more so because he hasn't driven for so long."

Ferrari learned "a lot of small, significant" things in 2020